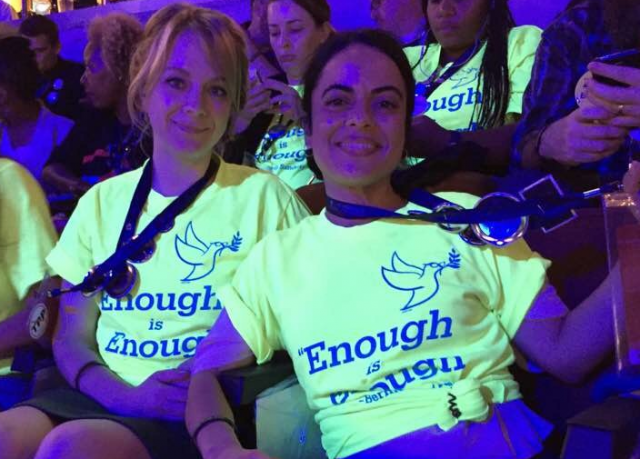 Yesterday, the real story of Day #3 of the Democratic Party convention was the organized, outside demonstrations in which delegates and other progressives decried the #DNCLeak and Hillary Clinton’s rigged nomination.

As I suspected, Bernie Sanders’ delegates did have something special planned for Day #4 and Clinton’s formal acceptance address. And so did Democratic Party operatives, who worked hard to prevent protests, disruptions and distractions.

Eden McFadden, a Sanders delegate from California district 34 in Los Angeles, posted a shocking, pre-event video that captures the tactics implemented to ensure a Clinton success.

During the filming, McFadden reveals that:

But the real kicker: White noise machines were installed above the areas in which swaths of Sanders delegates were likely to be found.

McFadden said when confronting the alleged seat-fillers and trying to take pictures and videos, the unknown people sitting in delegates’ seats quickly left without making a scene.

“It didn’t get much talking to them to get them to leave,” McFadden said. “We ripped the ‘reserved’ signs down and sat down, because these seats are for elected delegates, and nobody from the DNC tried to tell us we couldn’t be there.”

McFadden told US Uncut she talked to Sanders delegates from New York, Oregon, and Washington, who all relayed similar stories of the DNC trying to remove seats from more rebellious state delegations.

The whole approach is laughable when you consider that the “authentic” Hillary Clinton was suppose to be featured during this phase of the presidential roll-out.

What the dinosaurs of the Democratic Party did not anticipate is that the millennials who have been enthusiastic Sanders voters had a few tricks up their sleeves. McFadden’s use of video and social media was one example. Additionally, if you looked closely at the audience, you might have noticed about 700 yellow-green shirts.

These shirts were worn by the #DemExit activists, and the color was selected so that the couldn’t be green-screened into something else. I kept an eye on those pockets of chartreuse in the hall:

Apparently, Democratic operatives also thought that the phony chanting to cover up the heckling would not be noticed.

This rather explains the odd chants at weird times during the speeches. #tytlive #DemsInPhilly #DemExit pic.twitter.com/cV3SZa3xsM

I think the best moment of McFadden’s video came at minute 9:00, when sparks flew out of some overhead equipment. Surely, that should have been an omen!

How well did this contain-and-control approach work? Not very. For example, the heckling was noticed.

The boos & catcalls from Sanders supporters during Hillary speech at #DNCinPHL are distracting, even watching on tv. What a disaster.

The California delegate walked out mid-speech.

And many Democrats formally changed their party affiliation this week, deeply upset at the corrupt candidate who was nominated by a rigged system.

The most shocking aspect of Clinton’s address?

The most amazing thing about tonight is that Hillary is giving this speech for free.

Thanks heaven the nominating phase of Election 2016 has ended! 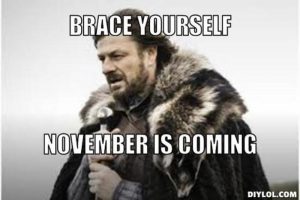 Yep. The GOPe did suppression a LOT better…!!!

Which of course is how they lost so handily.

The gullibility of some people is simply beyond gob-smacking.

IF you don’t know the facts by now, I can’t help you.

Maybe you can’t help, because you have no credible information and thereby only dredge bogus nothingness to serve others.

See, THAT’s the kind of lying shut-uppery that T-rump suckers use.

See how that’s just like calling me a “racist” in another instance?

By not responding with facts you earned the reply.

Not sure she gave the speech for free.

If she wins, we’ll be paying for it the next four years…or more.

I have to say, you do make a great point.

They mean that she does not receive any pecuniary compensation. However it is not free in the sense that we will be paying for it.

Sorry for the comment, but how often do you get to use the word pecuniary?

Well, the dems have convinced all those snotflakes that the dems care about them, only to find out that everything they have been told by those dems turns out to be one big fat lie.

Just as I noted on an earlier thread today the pretentious Queer Pierre carrion bird landed & deposited a load 4 times so far here on this thread. With his overbearing ego & irresistible need to be noticed he just can’t help himself. He even got in the initial comment.

The question now becomes will he as usual try to get in the final word as well?

I guess there are a lot of Bernie supporters who won’t vote for Crooked Hillary!

And “psychic projectors” to induce paranoia, too, no doubt.

Or perhaps just spurious accusations; not unknown in D’rat territory.

So what happened to the Sandersnista super-weapon, the Fart-In? They were making big noises about that a few days ago.

What’s White Noise? Is that something like Lawrence Welk?

Lol. I like Lawrence Welk and I’m black noise.

There are two ways of making noice cancelling headphones. One is to pack a lot of soundproofing material around the headphones. The other is to sample ambient sound and use “counter noise” to change that sound into white noise.

White noise is basically sound that is the same intensity over all frequencies so that it is filtered out by the brain. These machines sample the noise and add frequencies that are largely missing.

They are called white, because white is actually an equal mixture of all colors.