U.S. Ambassador Chris Stevens is not available for comment……

President Barack Obama has endorsed Hillary Clinton for president after meeting with her opponent Sen. Bernie Sanders at the White House.

President Obama endorses Hillary: "I don’t think there’s ever been someone so qualified to hold this office." https://t.co/KetvKoa853

Clinton declared a victory in the Democratic primary on Tuesday after she won primaries in California, New Jersey, New Mexico, and South Dakota. The Associated Press announced she clinched after she captured the Puerto Rico primary, which propelled her to 2,383 delegates.

BREAKING: Obama endorses Hillary Clinton, says: "I don't think there's ever been someone so qualified to hold this office."

Sanders said he would “work together with Hillary Clinton to defeat GOP presumptive candidate Donald Trump in November.” From CNN:

Warning that a Trump presidency would be a “disaster,” the Vermont senator — who pledged to continue his White House bid even after Clinton became the Democratic Party’s presumptive presidential nominee — said he would “work as hard as I can to make sure that Donald Trump does not become president of the Untied States.”

“I look forward to meeting with (Clinton) in the near future to see how we can work together to defeat Donald Trump and to create a government which represents all of us and not just the 1 percent,” Sanders told reporters after an Oval Office meeting that lasted more than one hour.

He also thanked Obama and Vice President Joe Biden for not showing any favoritism during the entire process.

Sanders said he will continue his campaign through the DC primary next week and through the Democratic National Convention in Philadelphia.

Of course he does, him and his Liberals friends support her. They seek to destroy this nation and attempt to build it in their likeness! They must be stopped.

Bernie’s supporters are NOT happy about this. They think that he has sold out to Obama and to Wall Street. The election isn’t for five months. We’ll see what his supporters decide to do. Many of them aren’t fond of Hillary, and Hillary doesn’t exactly bring out any sort of excitement in the public. My guess is that they won’t vote this year.

Right out the window goes the investigation and indictment. Thanks for stringing us along.

Alternative headline: Head of Justice Department investigating Hillary declares support for her presidential run at same time claiming not to be putting pressure on the FBI under his control doing the investigating.

Any member of the FBI with the least interest in a career at the bureau would have already run away from this assignment like it were radioactive, leaving only the newbies, fools, and soon-to-be retirees.

“Hillary will say anything and change nothing.”

Interesting how Obama’s desire to create his legacy Trumps the truth about Hillary. 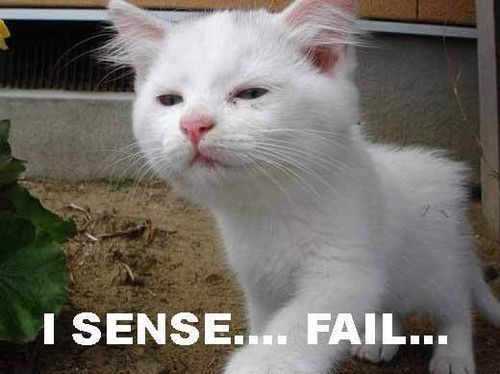 Hicks says that some of the last words Ambassador Chris Stevens uttered were “we’re under attack.”

Chris Stevens knew it had nothing to do with a protest over a video.

Later this afternoon, according to the White House, Obama is meeting with the attorney general. The meeting is “closed press.”

The topic of Obama’s closed door meeting with Lynch has not been made public.

I’ve made it a practice to try to learn about people I distrust, so I watched their debates eight some years ago. When she brought up Rezko and a few other questionable tidbits, I was pretty sure the Clinton machine had more dirt. They probably each have a lot to hold over the other.

I’ve never expected to see her charged for anything. And excepting another candidate emerging out of nowhere or an obvious medical disability, I don’t think he could have avoided endorsing her.

Hanging Stevens death on Clinton neck is not going to fly. She lied about it afterwards, sure, but she has is not responsible for failure to send help. She is not in chain of command for that. Worst that you can do is blame her for lack of proper security (which is Dept of State role). That is easy to dodge.

The big question at this point is how Clinton is going to try to appease Sanders voters. She does that successfully, and she can start measuring drapes at White House.

Perfect picture, and my sentiments, exactly.
On the morning of the Benghazi atack, the Al-Antisar pulled out of the port of Benghazi and made way to Turkey.
Ship’s traffic has since scrubbed the movements of Al-Antisar for that morning.
Check it’s movements now, you will see a gap.
Chris was running the arms operation.He was thrown away.
Was he about to do something?
Hillary does not warrant a new rope.