Native columnist: “To be honest, I’m more offended by Warren than Trump”

Native columnist: “To be honest, I’m more offended by Warren than Trump”

“She’s got her Ivy League diversity box checked, and she wants nothing more from us.” 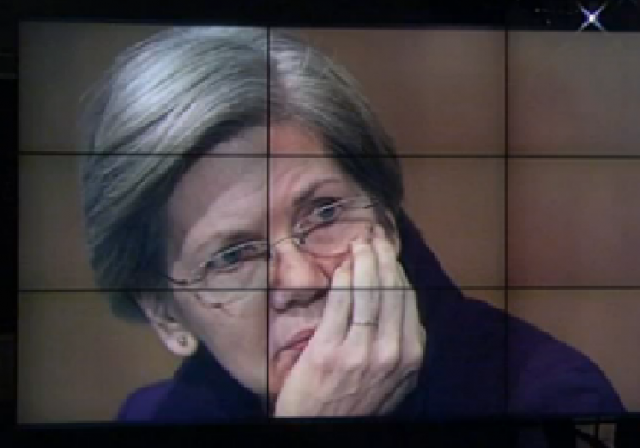 As a result of her Twitter war with Donald Trump, Elizabeth Warren’s false claim to be Cherokee has been back in the news.

For a comprehensive account of how Warren used the false claim for employment purposes, then tried to cover it up through misleading claims of family lore and refusal to release records, see Elizabeth Warren Native American / Cherokee Controversy.

Warren is called out as being even worse than Donald Trump by Terese Mailhot, a Canadian First Peoples [what in the U.S. we call Native American] writer at Indian Country Today, Trump and Warren Are Racists, and I Won’t Defend Either:

Trump’s limited vocabulary limited his criticisms of Warren’s claim to Native ancestry to calling her “Pocahontas.” How he offended her, while offensive to me, is secondary to the true offense of Warren. While his constant refrain of Warren’s claims to Native ancestry is in true form of a troll, he brings to light the shame she carries in her inability to produce anything substantial on her claims to being Native.

Let’s face it, Warren cashed in on being Native. She checked the box, like so many Pretendians do, without living the struggle, acknowledging the struggle, or connecting with her people. To be honest, I’m more offended by Warren than Trump… Warren, this woman claimed to be Native when it counted on a box, then did nothing with it.

Yes, white woman, your parents told you that you were Native. Do you have any pictures of your great grandmother on her land, standing proud against the trees she planted? Do you have any mementos from the lineage you come from? Have you done anything to connect with your people? Do you know the stories from the time before contact? Are you even interested? Being Native is more than checking a box. I know Native people displaced from their own land, living in Oakland, who cling to anything linking them to their past. The struggle is real for Natives displaced, and it’s not real to Warren.

Warren’s the type of white lady I’ve dealt with in academia for some time. “I have some Cherokee in me,” is no doubt familiar to many Native people. We deal with this on a daily basis in our offices, classrooms, and workplaces. Well-meaning liberal white women could be the death of us. Their “claims” to a heritage they refuse to honor is abhorrent.

… Their limited idea on what Native is has allowed Trump to make his commentary, and Warren to check a box she earned no right in checking….

Warren knows nothing of real struggle. She’s got her Ivy League diversity box checked, and she wants nothing more from us. As far as I’m concerned, she and Trump are both enemies.

Warren needs to stay on the white privilege reservation.

“Do you have any mementos from the lineage you come from? Have you done anything to connect with your people?”

I mean, how do you get more authentic than that?

She lied so she could take advantage of the system instead of competing with skills.

But it’s hard to compete using something one clearly lacks…

Warren lied to compete in a corrupt liberal system which values wealth and power, and victim status, ahead of all else — including skills. She clearly has the skills, having consistently been praised as an amazingly good teacher. It’s just that the legal academy places zero value on teaching (in the legal academy, most of the professors are in fact horrible teachers due to their arrogance and poor people skills), instead valuing the credential (i.e., which law school did the would-be professor graduate from?) and so-called “scholarship”. But this is the game they have cooked up, and poor Lizzie Warren from the third-tier state law school had no right to dream about getting into their club, because it’s for rich whites who attended elite universities only. But then she had a Eureka moment: The so-called “qualifications” get thrown over the rail if a “diverse” applicant presents herself. But which victim class could she credibly claim? Is she black? No. What to do, what to do? And which one could she credibly pass for, and bully her way through if challenged? Honest injun, what a conundrum.

A person willing to do what she did (and not cop to it) is untrustworthy by definition.

This crap may fly with a majority of voters in places like Massachusetts, but it does not fly in most of the country.

Not many these days are aware that the Indians in America were actually at war with the nascent United States. Great Britain ended up abandoning its Indian allies, and they were not represented at the negotiations preceding the Treaty of Paris. So the new United States stayed at war with the Indians until they were no longer a deadly menace. It took about a century; the last Indian raid—that is, a band of Indians staging gratuitous attacks on harmless farmers and torturing them to death—was, incredibly enough, in 1912. That was pretty much the end of the Indian Wars, although there was never any official ceremony or paperwork.

The Canadian experience was very different. France and Britain both used Indian auxiliaries as an excuse to commit atrocities on each other which wouldn’t have been tolerated in eighteenth century Europe, but, well, Indians … what’re you gonna do? Burning towns, throwing their bound captives into the flames, chopping the arms and legs off children … They didn’t call it “multiculturism” then; instead they’d wax poetic about the virtues of the “noble savage.” In Canada, Indian auxiliaries were tactical tools.

In America, the program was much larger and more systematic. The British intention was to use the Indians to destroy the Ohio Valley (a much larger area than modern-day Ohio), murder or terrorize the colonists, and chase them back East over the mountains, thereby confining the Thirteen Colonies to a thin strip of veneer along the Atlantic coast. Britain was never hot to acknowledge this skullduggery publicly, but Lord Germain, the Secretary of State for the Colonies, spoke about the program twice in Parliament. The plan backfired badly; refugees fleeing the savage carnage spread their stories back East, and by 1776 the colonists began to hit back … hard. And successfully.

To the war’s end, Britain persisted with the fantasy of hemming the US in from the West with a large Indian state—”Indiana”—but George Clark (brother of the Clark of Lewis & Clark), with a daring (by contemporary European standards) wintertime assault, captured Vincennes. The inhabitants—delighted to discover that their American conquerors, in sharp distinction to British, French, or Indian forces in the French and Indian Wars, were planning to massacre nobody—cooperated, and Clark had no trouble holding the town with his small force. Using this capture as a wedge, the American negotiators in Paris, John Jay, John Adams, and most valuable of all, Ben Franklin, convinced the powers of Europe to cede the entire Old Northwest Territory to the US. None of which did the Indians in America much good at all. Losing a war often has grim results.

You can see why they don’t mention any of this stuff in school nowadays.

A society will get more of what it appears to value. If you value victimhood above all things, then you will find yourself quickly to be knee-deep in victims. Virtue-signalling indeed. We should honor our heroes, our entrepreneurs and our intrepid discoverers. We need more of those. We have victims coming out the ying yang. We need less of those. If we stop celebrating them as if they’d won the virtue lottery, we’d have less of them. There is nothing virtuous in being victimized.

Matthew 5:45 – …for he maketh his sun to rise on the evil and on the good, and sendeth rain on the just and on the unjust.

Elizabeth Warren is a perfect politician for our time. She isn’t really a victim but she identifies as one. She is the very definition of a Progressive Politician.

To settle this once and for all they need to hold her down, swab her, and do the ancestry.com DNA test.

It is amazing how many families claim to have significant amounts of Native ancestry, but have none. Both sides of my family long claimed it, but both my brother and I came out to 0% Native American on their test. It really shocked us.

We had the same legends about Native American ancestry up until the time my sister began her ancestor search. Nary an Indian showed up. Oh well.

Faux-cho-haunt-us knows she is not Indian.

Liz Warren and Rachel Dolezal have something in common: misappropriations

The vast majority of citizens in the United States have no idea who Elizabeth Warren is, or her claim on Native American heritage. Just start to tell a friend or coworker about her and watch their eyes glaze over.

I am not a fan of Trump, but I see no proof that he is a racist as so many want to call him. I don’t get the whole woman thing either. Just because he’s got genitalia does not make him anti-woman.

Jennifer Rachel Dolezal was on to something. Every human on earth is of African descent. We can end racism in the USA and all it would take is for everyone to assert that their race is African American. That single change would integrate society like nothing else and it won’t put an end to affirmative action, disparate impact claims and other forms of systemic racism. Do the country a favor and declare yourself as an Afican American in the future.

At the very least, affirmative action should end for the gender fluid and the race fluid.

Liz should have used Cuban ancestry. She looks like Bob Menendez.

Liz Warren, Knows that she is not an Indian. She just used it to gain favor to get into Harvard. She then used it again to falsely get a Professorship at Harvard. She is a bigger LIAR, than Hiltery. She is ” Far-Left,” of Hill. I think the Democrat Party ( Progressive-Communist ) have kept her on low profile, to bring her in at the last minute to replace Hiltery Clinton if necessary. If Ouseless, thinks she can’t win, He will bring in LIZ Warren at the last minute.

She didn’t attend Harvard as a student. That is the very crux of why she had to lie about her ethnicity in order to teach at Harvard Law School.