Culture of deception anyone? 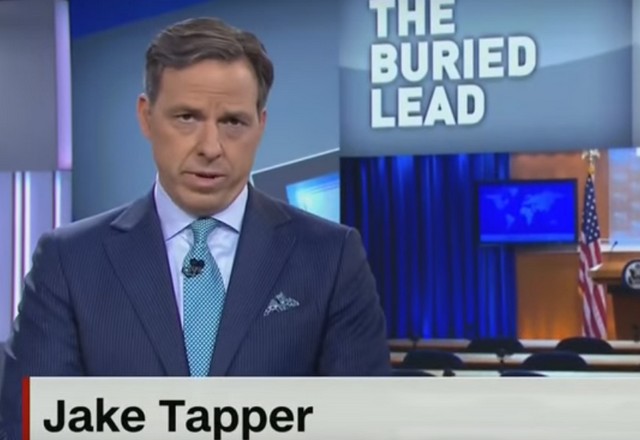 In a brutal report on the administration’s dishonesty regarding the nuclear deal with Iran, CNN’s Jake Tapper last week concluded that Americans “have a right to know who lied to us.”

Tapper walked us through the basics, but let’s review.

The story began in February 2013, when Fox News reporter James Rosen asked then State Department Spokesperson Victoria Nuland, “There have been reports that intermittently, and outside of the formal P-5+1 mechanisms the Obama Administration, or members of it, have conducted direct, secret, bilateral talks with Iran. Is that true or false?”

To which Nuland replied, “But with regard to the kind of thing that you’re talking about on a government-to-government level, no.”

Then in December 2013, after the nuclear talks with Iran had produced an interim nuclear deal, Rosen noted that it had been revealed that in fact there had been direct, secret talks going on between the United States and Iran for some time recalled the earlier conversation and asked Nuland’s successor, Jen Psaki, “So the question today is a simple one: When the briefer was asked about those talks and flatly denied them from the podium, that was untrue, correct?”

After Rosen pressed for an answer, Psaki eventually replied, “James, I think there are times where diplomacy needs privacy in order to progress. This is a good example of that.”

Then last month, in the wake of The New York Times Magazine article about the echo chamber that the administration used to deceive its way to the nuclear deal with Iran, Rosen discovered that Psaki’s awkward admission that he had been lied to to preserve the secrecy of the nuclear deal had been scrubbed from the State Department’s video. (Rosen observed that it remained in the text version of the briefing.)

The State Department said at the time that the relevant section of the December 2013 briefing had disappeared due to a “glitch.”

But on Wednesday, State Department Spokesperson John Kirby acknowledged that the excising of the embarrassing answer by Psaki was removed intentionally not by some sort of a “glitch.”

Yes, and thank you for that question, Brad. As many of you know – and I want to be specific on this, so I’m going to refer to my notes a little bit – as many of you know, and as some of you have brought to our attention, a portion of the State Department’s December 2nd, 2013 press briefing was missing from the video that we posted on our YouTube account and on our website. That missing portion covered a series of questions about U.S. negotiations with Iran. When alerted to this, I immediately directed the video to be restored in its entirety with the full and complete copy that exists and had existed since the day of the briefing on the Defense Video and Imagery Distribution System website, otherwise known as DVIDS.

I also verified that the full transcript of the briefing, which we also post on our website, was intact and had been so since the date of the briefing. I asked the Office of the Legal Adviser to look at this, including a look at any rules that we had in place. In so doing, they learned that a specific request was made to excise that portion of the briefing. We do not know who made the request to edit the video or why it was made.

To my surprise, the Bureau of Public Affairs did not have in place any rules governing this type of action. Therefore, we are taking immediate steps to craft appropriate protocols on this issue as we believe that deliberately removing a portion of the video was not and is not in keeping with the State Department’s commitment to transparency and public accountability.

I was curious to see what outlets covered Tapper’s demand for accountability. Mediaite, Hot Air, The Hill, and Twitchy did. The Washington Post didn’t. The New York Times didn’t. (I searched and of this writing neither of them have posted any story on Tapper’s segment. The Washington Post did have a report by Carol Morello on the deleted comments, and an excellent bit by Erik Wemple, which was in turn highlighted on the Volokh Conspiracy. Wemple did call for an investigation, though without the outrage Tapper displayed.) Neither leading liberal paper, both of whom endorsed President Obama twice, saw fit to condemn the administration in an editorial for dealing falsely in its campaign to sell the nuclear deal with Iran.

When a  leading journalist like Tapper lashes out at the administration for dishonesty, one would think that would be newsworthy and certainly worth amplifying. It wasn’t just the three lies that Tapper outlined, but that they centered around the biggest foreign policy initiative taken by the administration.

Nuland’s lie about secret negotiations exposed the falsity of the administration’s claim that it was due to the election of so-called moderate Hassan Rouhani as Iran’s president that made the nuclear negotiations possible. Rosen asked Nuland in February 2013; Rouhani was elected in June 2013. (Pay attention to Tapper in the end as he describes Rouhani as “supposedly some sort of moderate.”)

(Psaki for her part attacked Rosen for bringing the matter up. Obama expressed his confidence in her by hiring to be his communications director last year.)

Secretary of State John Kerry called the editing “stupid and clumsy and inappropriate.” While still a senator, Kerry conducted secret talks with the Iranian government on behalf of the administration in parallel to those being conducted by then-Secretary of State Hillary Clinton.

On Friday ABC reported that the White House omitted a crucial line concerning the truthfulness of the administration regarding Iran. When asked last month by Fox News reporter Kevin Corke if any administration had lied about its Iran policy, Josh Earnest responded “No, Kevin” and proceeded to elaborate. The words “No, Kevin,” had been deleted from the official transcript.

Culture of deception anyone?

Why is the lack of MSM outrage important? Consider the  case of Hillary Clinton and her e-mail scandal. In an editorial last month The New York Times called on her to “to answer questions about the [Inspector General’s] report thoroughly and candidly.” The Washington Post was actually critical of Clinton, “But there is no excuse for the way Ms. Clinton breezed through all the warnings and notifications. While not illegal behavior, it was disturbingly unmindful of the rules.” Neither editorial suggested that her systematic violation of standards or obeying rules that everyone else was expected to observe disqualified her from serving as president.

The problem is that, come autumn, they will likely both endorse Hillary Clinton, showing that instead of being guardians of our democratic institutions, as demanding accountability as a necessary deterrent to abuses of power, they are protectors of Democratic politicians. If they want any credibility in their coverage of the campaign or their endorsements, a good starting point would be to follow Tapper’s lead and demand accountability from the Obama administration for these cases of blatant dishonesty. Though I would not count on it.

The lapdog media have held no one accountable. The outrage from this administration is not because the tape was altered, since that is business as usual. Nope, the outrage is because some one was sloppy in not keeping this contained and out of sight.

Tapper had better watch out or people will start calling him a journalist! That’s a rare breed.

Bwa-ha-ha! Too late. I been calling him that for years.

Tapper is relentless. If he has a bias, I’ll be damned if I know what it is. He has gone after people on both right and left with equal fervor, trying to get to the truth of the story.

I am a big fan. He is a great example of what a real journalist should be.

haven’t always agreed with him but cannot remember any time where he wasn’t fair/respectful.

The Washington Post has made a tradition of endorsing the Democrat, spiking unfavorable news stories for the Democrat, and after the election, allowing that their reporting was inadequate. That is why, when they solicit a subscription, I click away from them. I know far too much about exactly what they have done over a period of better than 20 years.

OK they doctored the video? That’s what the Obama administration does. They have done it for 7 years.
They lie, chest and steal to move their progressive agenda forward.

Nothing I repeat will happen. Of we will get that a high level panel has been gathered to find out what happened…

Tapper looked and sounded genuinely ticked off. But, so what! What now matters is what he, CNN and the rest of the lamestream news media do from here. Will he dig into this matter further? Will we see some good old-fashioned investigative reporting? Who is behind this? Someone high-up in the Obama regime? Perhaps even Obama himself? What did he know and when did he know it?
Or will we get what we usually get from the lamestream news media when they stumble onto a Obama regime scandal? Report it once. Then move on.
I’ll be surprised if CNN (or any other lamestream news media outlet) do any further digging on this story. Back to interviewing Donald Trump’s barber’s wife’s neighbor’s 2nd cousin to get her opinion on the latest thing Trump said about Clinton!

“Jake Tapper last week concluded that Americans “have a right to know who lied to us.””

That’s easy. Everyone in the Administration lied to us.

It’s up to us to spread the word.

I believe the direction to edit the tape and insert the glitch was given by Valerie Jarrett. She is utterly and completely immune to any attempts to interview or hold accountable. She cannot be brought up before a congressional committee – in short she is the perfect foil for Obama, she knows exactly what he wants and goes about doing it with complete secrecy and immunity.

Valerie Jarrett: The Power Behind the Most Inept President in History and The Only Reason He Gets Anything Done!

“she knows exactly what he wants”

because she tells him what he wants

White House Dossier had a post this weekend about yet another deleted video segment relating to the Iran negotiations (not mentioned in the article above):

It’s so incredible frustrating and angering.

* incredibly
Funny how I only proofread after I hit a submit/send button.

So where is the question asking folks to resign or denounce such policies?

That should be the opening question to every person in the administration or democrat running at any level.

Now Tapper’s and his parent’s phones are all going to be bugged like Rosen’s were.

Their audit notification letters are already in the mail, too.

Now Tapper gives a rat’s a$$? I have to wonder his personal intentions.