Remembering the fallen, known and unknown

Remembering the fallen, known and unknown 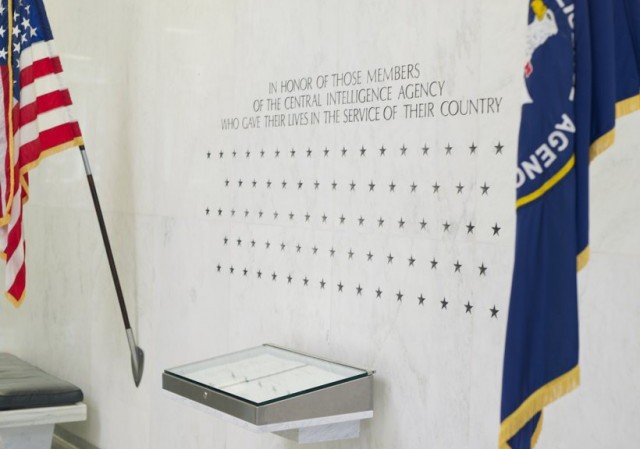 Each memorial day we try to focus on the lives of a small number of individuals who gave their lives for our country, and whose stories we have followed for several years.

Rachel Porto, the widow of Marine Corporal Jonathan Porto, wrote a moving post for Legal insurrection, I am proud to be the widow of Cpl Jonathan Daniel Porto, USMC. The post has received widespread attention on social media. Please retweet:

I am proud to be the widow of Cpl Jonathan Daniel Porto, USMC https://t.co/GRN4EMHFeB pic.twitter.com/A5nioZJJ1Y

We also have a post by Jane Horton, about her husband Christopher Horton, who we have not written about before, “My husband, like many fallen service members, would want to see you live”.

“My husband, like many fallen service members, would want to see you live” https://t.co/n1BrGwW8eK via @JaneMHorton pic.twitter.com/d7hHocAly9

We also return to coverage of the lives of two others we have covered for several years, CIA Special Operations Officer Johnny “Mike” Spann, and Air Force Lt. Roslyn Schulte.

We have covered the heroic story of the first American killed in Afghanistan extensively. Last November, on the anniversary of his death, we explored new information Johnny “Mike” Spann, killed in the Battle of Qala-i-Jangi (11-25-2001).

Spann’s story was included in an article at Task and Purpose, The History Of The First And Last Man Killed In Every Major US Conflict, published in November 2015:

First: Johnny Micheal “Mike” Spann (Nov. 25, 2001) — After serving in the Marine Corps as a captain, Spann worked a member of the CIA’s paramilitary Special Activities Division. He was dispatched to Afghanistan soon after Sept. 11, 2001, to find Osama bin Laden. Near Mazar-e-Sharif, the CIA was holding al Qaeda fighters in the recently captured fortress of Qala-i-Jangi. Spann was killed while interrogating Taliban fighters — in particular, American Taliban John Walker Lindh. According to the video transcript of the interview, Spann said, “You got to talk to me. All I want to do is talk to you and find out what your story is. I know you speak English.” After getting no answer and consulting with another member of his team, Spann was attacked. According to eyewitness accounts given to a German television crew trapped at the compound, Taliban fighters launched themselves at Spann, who took out seven men with his pistol before being killed. The Taliban group, who had feigned surrender, led an uprising that lasted three days. Spann is now memorialized with a star on the CIA Memorial Wall at CIA headquarters in Langley, Virginia. He was also posthumously awarded the Intelligence Star and the Exceptional Service Medallion.

In the summer of 2007, a secret ceremony honoring legendary Marine commander Douglas Alexander Zembiec, known among his comrades as “the Lion of Fallujah,” took place in then-CIA Director Michael Hayden’s office on the seventh floor of the agency’s headquarters in Langley, Virginia.

The ceremony was convened in secret because it was not public knowledge that the longtime Marine was actually an operative in the CIA’s paramilitary wing. Among the small group in attendance was Shannon Spann, the wife of former Marine and CIA operative Mike Spann, the first American killed in the Afghanistan War….

Pam Zembiec and Shannon Spann, who was also a CIA employee, know what it is like to send their husbands away for months on end on clandestine missions. Now they have something else in common: Both of their husbands are among the 113 CIA employees who gave their lives in the service of their country and are honored with a star on the white Alabama marble wall in CIA headquarters. [see featured image]

Johnny Spann, the Alabama man whose son was the first American killed in combat during the war wtih Afghanistan, appeared in a statewide Super Bowl ad for Sen. Richard Shelby.

“My son Mike Spann was the first American to die on Afghanistan. They said he couldn’t be buried at Arlington Cemetery,” Johnny Spann said as he looked directly into the camera. “I called Senator Shelby and told him the story. Fifteen minutes later he called and said ‘Mike is going to be buried at Arlington.’ People listen to Shelby.”

It was nice to see Jake Tapper tweet out about Spann:

Although it was published in 2012, I just discovered a public radio interview, Friends, family remember Air Force lieutenant (audio at the link).

NPR also had a memory from Air Force Captain Remembers Classmate Who Died In Afghanistan:

This run will honor all military veterans. In particular, the sponsors wish to honor the sacrifice of 1st Lt. Roslyn Schulte, the first female U.S. Air Force Academy graduate to die in Afghanistan.

Schulte, who grew up in St. Louis, was killed May 20, 2009 by a roadside bomb. Schulte was assigned to the Pacific Air Force 613th Air and Space Operations Center at Hickam Air Force Base in Hawaii, and was sent on deployment as an intelligence, surveillance and reconnaissance operations officer beginning in February 2009.

Schulte also was remembered at a memorial service in Afghanistan:

As the Featured Image indicates, there are those who died in the service of their country, whose identities will not be known except to their families.

We honor them too. Whoever they are.

Thank you for my freedom.