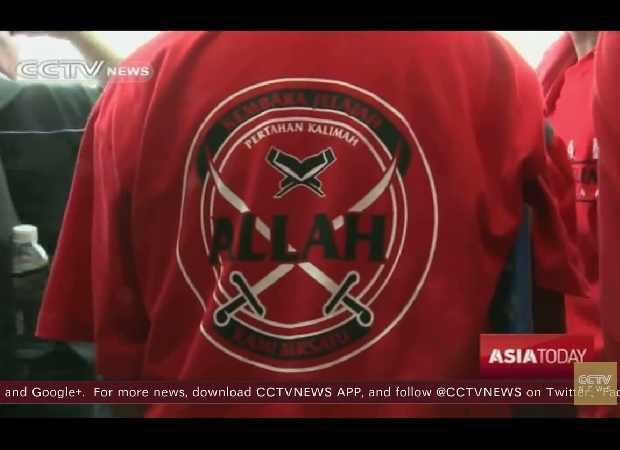 The Southeast Asian country of Malaysia is moving towards a total imposition of Islamic Sharia. Malaysia’s government has pledged its support for an Islamic penal code that seeks to impose Sharia-prescribed punishments such as amputations, public stoning and flogging on its multi-religious population. The new legislation referred to as “Hudud Law” also seeks to segregate women from public life in Kelantan province, a predominantly Muslim northern state. The proposed constitutional amendment will allow other Malaysian provinces to align their legal system to stricter Islamic law as well.

With a population of around 30 million, only 61 percent of the people identify as Muslim. Apart from Christianity that makes up to 10 percent of the population, Malaysia is home to many ethnic Chinese and Indians who mainly follow Buddhism and Hinduism respectively.

Malaysia, a constitutional monarchy has long practiced dual legal system, allowing Muslims to seeks redressal of marital and personal disputes — outside the country’s legal system — in Sharia courts presided by Islamic clergy and imams. The government-sponsored bill now seeks to expand the Islamic jurisdiction and supersede some of the established provisions of common law rooted in country’s British colonial history. With massive financial support from Saudi Arabia and other Arab States, Islamism has been on the rise in the Southeast Asian region. Brunei and parts of Indonesian have already come under Sharia rule.

Many politicians in the West have advocated dual legal system offering Sharia courts to their growing Muslim populations. Just last week the British Home Secretary, Theresa May, said that British people have “benefit a great deal” from the guidance offered by Sharia teachings. Rejecting the discriminatory rulings against women handed down by Sharia courts in U.K., Home Secretary May, a female and a Conservative, defended the Sharia courts saying that Islamic law was being “misused” and “exploited” to discriminate against Muslim women.

Apologists of Islam in the West, the likes of Reza Aslan and others, have often cited Malaysia as an example of a tolerant Muslim society with equal rights for minorities and women. With Malaysia moving towards blanket Sharia rule, they are running out of places to show the moderate face of Islam. Reuters news agency reports:

Prime Minister Najib Razak’s government threw its support in parliament this week behind an Islamic penal code that includes amputations and stoning, shocking some of his allies and stoking fears of further strains in the multi-ethnic country.

Critics believe the scandal-tainted prime minister is using ‘hudud’, the Islamic law, to shore up the backing of Muslim Malay voters and fend off attacks on his leadership ahead of critical by-elections next month and a general election in 2018. (…)

Although debate on the law was deferred to October by PAS leader Abdul Hadi Awang, its submission to parliament brought criticism from leaders across the political spectrum, including allies of the ruling Barisan Nasional coalition, who represent the ethnic Chinese and Indian communities.

The developments in Malaysia should come as a wake-up call to the governments in the West toying with the idea of Sharia to make themselves appear welcoming and hospitable to migrant Muslims. The recent push for Sharia in the West is not devised to serve the needs of the pious among the Muslims, but is a political instrument to establish Islamist pre-eminence over other faiths in the land. To put it bluntly in the words of Omar Ahmad, the founder of US-based Muslim group CAIR, “Islam isn’t in America to be equal to any other faith, but to become dominant. The Koran, the Muslim book of scripture, should be the highest authority in America, and Islam the only accepted religion on Earth.”

What once started with parallel Sharia courts in Europe has today ended up in Sharia vigilantes roaming German and British cities, and in no-go zones from Paris to Oslo.

There is very little the West can to do to reverse this disturbing trend across the Muslim world. But the eroding of the laws and liberties handed down to us by our ancestors — preserved time and again with great sacrifice — should be a clarion call to stand up to the forces of regression and darkness in our times.

While living and working in Malaysia, a fabulous experience, for a few years I never felt the presence of the Religious Police, nor should I have since I kept my nose clean. Nevertheless, there are ample stories of non-Malaysian and non-Muslims being hassled. A British retired couple being raided late at night in their hotel room, the Thai Defense Attache and his wife being raided in their hotel room followed by the disappearance of their diplomatic passports. These are the salient examples I know.

Young Muslim inamoratae walking hand-in-hand through a large city park have also been aggressively questioned by the Religious Police.

Will Malaysia follow the path of Turkey? Hard to say. From observation, the Malaysian electorate is a fairly passive group that tends to accommodate unreasonable laws and regulations and malfeasance by government officials.

“Moderate Islam” is a myth! It is foolish to think Islam is a religion of “peace.”

Islam is moderate only until they have complete control. Then watch out!

The religion of peace strikes again. Not that I was every planning on visiting Malaysia anyway, but definitely not interested in going now.

This sort of thing should direct extra scrutiny when Malaysian “businessmen” are bribing US Navy officers. Who knows whether military secrets are being bought for the benefit of the umma?