Yet, recent CA rains has brought some regulatory relief. 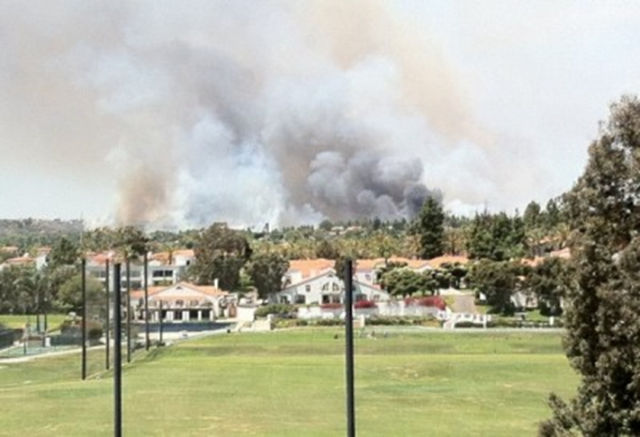 Good news for the Canadians battling the massive Alberta wildfire: the fire crews battling the blaze have received aid from cooler weather:

Alberta fire official Chad Morrison said firefighters were making great progress in battling the blaze thanks to the weather. Monday afternoon, the temperature was 47 degrees and skies were cloudy in Fort McMurray, according to Environment Canada, the nation’s weather service.

“It definitely is a positive point for us, for sure,” Morrison said at a news conference a day earlier. “We’re obviously very happy that we’ve held the fire better than expected. This is great firefighting weather. We can really get in here and get a handle on this fire and really get a death grip on it.”

A severe drought combined with questionable forestry practices set-up the conditions for this disaster. Since California has had several significant wildfire incidents, and the Golden State’s continuing drought has created woodlands loaded with dried underbrush and dead trees, we are now bracing for an intense fire-season.

State and federal officials estimate there are 29 million dead trees throughout the Sierra Nevada mountain range. “There are a lot of trees that have died because of long-term drought and maybe some bugs as well,” said Heath Hockenberry, National Weather Service’s national fire weather program manager.

Last fall, two mega-fires brought death and destruction to Northern California. Together, the so-called Butte and Valley fires caused an estimated $2 billion in damage, destroyed 1,830 homes, and left six people dead. Nearly 150,000 acres were burned in five counties of the state, and some wineries and vineyards were lost or damaged.

As a reminder, some of the recent California blazes have truly been man-caused disasters.

The recent dry-spell has forced mandatory water conservation for cities and towns.Because 10% of the state is officially no longer in a “mega-drought”, officials might ease the water restrictions.

[S]state regulators are recommending changes in emergency drought rules that would allow communities to ease or even drop mandatory conservation targets that have been in effect for much of the last year.

Under proposed revisions that the water board will consider May 18, local agencies would set their conservation targets based on their ability to meet demand if there are three more dry years. In the case of some Northern California communities with brimming local reservoirs, that could mean the end of mandatory cuts.

…The emergency drought regulations last year ordered a 25% reduction in statewide urban water use. Communities with the highest per-capita use were ordered to cut more than that, and districts with modest use, less.

However, this being California, not all the “temporary rules” were temporary. Practices deemed wasteful by the Sacramento smart set are permanently banned, (e.g., hosing off sidewalks and driveways, washing cars with hoses that lack shut-off nozzles, and irrigating lawns in a way that causes).

Even-so, the state’s environmental activists are unhappy with the end of the easing of some restrictions.

Some environmentalists, however, said the state should have kept the mandatory statewide targets in place.

” I’m very disappointed, but not surprised. They were getting a lot of criticism for the regulations and they sensed a waning tolerance for the targets,” said Sara Aminzadeh, executive director of the California Coastkeeper Alliance, in San Francisco.

Unreasonable restrictions on logging on federal land is a major contributing factor to the increase in wildfires in the last 20 or so years. Logging creates natural firebreaks which limit the spread of wildfires; the dead detritus in “wilderness” areas acts to keep them going.

The net result is that the supposedly “green” policies have caused the destruction of more forested area than if logging had continued under older plans, without the social benefit of the wood products – and at greater risk to human life and property.

But it allows people in urban areas who’ve never seen a forest in person to feel good about themselves.

Isn’t that worth it?
/sarcasm

I have a friend who is a Warden here in North Carolina. During fire season he goes out west to join the wars. They pay him per hour starting when he gets to the airport in Greensboro. But, I suspect he is really good at what he does.

I thought Israel was helping California cope with its drought and assisting it in water conservation. Did that not take place? Or was it not enough? Or are the Californians not cooperating?

Give us bigger budgets.