Are Consumers in for a Nasty Obamacare Surprise Just in Time for the Election?

Are Consumers in for a Nasty Obamacare Surprise Just in Time for the Election? 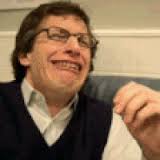 Unfortunately (or fortunately — depending on where you stand) for Democrats, pending rate increase announcements could not come at a worse time. Open enrollment begins the first week of November, just in time for Obamacare and independent health insurance consumers to take their sticker shock to the ballot box.

Last month, the country’s largest health insurer, UnitedHealth, announced its withdrawal from several Obamacare exchanges and projected losses of around $650 million this year alone. Other large insurers are eyeing the vacated territory, but none have committed yet.

Under the health law, plans are unable to choose who to insure, or how much to charge them based on their medical history. As a result, many plans enrolled a larger proportion of sicker people than they bargained for. But some of those losses were also a function of political wrangling after Republican lawmakers blocked payments that were supposed to help insurers get through the difficult first years.

The timing, though, is bad news for Democrats. Proposed rate hikes are just starting to dribble out, setting up a battle over health insurance costs in a tumultuous presidential election year that will decide the fate of Obamacare.

And the headlines are likely to keep coming right up to Election Day since many consumers won’t see actual rates until the insurance marketplaces open Nov. 1 — a week before they go to the polls.

The Democratic presidential ticket might not be the only casualty of Obamacare’s failings. Down ballot candidates too, are imperiled. Obamacare was a hot ticket issue in 2014. Republicans successfully tied ALL Democrats to the President’s hallmark legislation with great results, and that was without double-digit rate hikes.

New regulations now make it impossible for Obamacare and private health insurance consumers to participate in Health Savings Accounts, non-profit Obamacare exchanges are dropping like flies, all the while premiums increase, coverage shrinks, and deductibles balloon.

The law’s disastrous ramifications on health insurance consumers are a feature of Obamacare, not a glitch.

1984 Repsonse: See, Obama kept your rate increases down to 227% on your premiums and 200% on your deductible. Obviously it is working the way Obama said it would.

What lowlife gave this a downvote??

The law’s disastrous affects … are a feature …, not a glitch.

With the next “crisis” scheduled to occur just before the election so that one candidate (and then the other, to avoid being labeled “uncaring”) can declare their support for the glorious solution ™ called “Single Payer”!

That would help Bernie Sanders, but it wouldn’t help Hillary Clinton – it would help Donald Trump.

My “cadillac” employer plan just got a rate hike and a deductible hike. Thanks Obama(care)

My premiums have more than doubled and my deductible is $10K. But the good news is that I’m now covered for reconstructive breast surgery, should I ever need it. Thanks Obamacare! FORWARD!!!!

That was the first thing that came to mind when I read the headline.

There could also be nasty surprises when people file their income tax returns (subsidy re-calculation and lack of insurance penalty tax) but the Obamaa Administration has been trying to avoid people having to face that.

Of course theer is also the $15,000 bill that a person who goes back to work cvan get from Medicaid in New York State. Not to worry, maybe – there’s no serious attempt to collect it, unless someone comes into a large sum of money.

Or is caught out making conservative statement on social media, or contributing money to Tea Party groups, or other such thought crimes against the collective.

As if THAT will happen!

There will be another magical stroke-of-the-pen thing where it all lands after the election.

Been done before, will be done again…regardless of party…count on it.

Election Day comes out late in November this year. November 8th. It can’t affect early votes, of course. By themselves, people won’t look too much before November 8th.

Expect a huge push by Dems for early voting. Easier to steal the election and get the folks who will be impacted by the increases in the Dem hopper before they realize what happened. Also expect uptick in rhetoric about “greedy health insurance companies / providers / pharmaceutical companies” as a precursor to Single Payer.

What did I do with my Jonathan Gruber effigies?

Have no fear. Donald Trump will handle this all much smarter. He’s not going to undo anything Obama did, he’s just going to do it better. Trust him, his big head will solve all our woes.

He’ll get the smartest men on it and negotiate better deals. The government will still be YUUUUGGGEEE, and it will get ever YUUUUUGGERRRR, but the tyranny will be GREAT because it will be our tyrant.

This is a feature, not a bug. The Democrats have been saying to their young and gullible constituents that this was never going to work, because of the mean ol’ Republicans (who we know had no input at all in this insurance legislation), and the next step is single payor, which will miraculously fix everything.

The average drug takes 13.5 years and costs $330m just to get it to the point where its ready for clinical trials. Yet those drugs and medical care is provided for “free” to illegal aliens and the homeless under the $2B Emergency Medicaid program at low reimbursement rates and almost always in direct violation of Federal law. The drug companies and hospitals then raise their rates for normal paying customers to help cover the difference. It’s pretty much a death spiral where at some point one quarter of the country will be paying for the other three quarters health care.