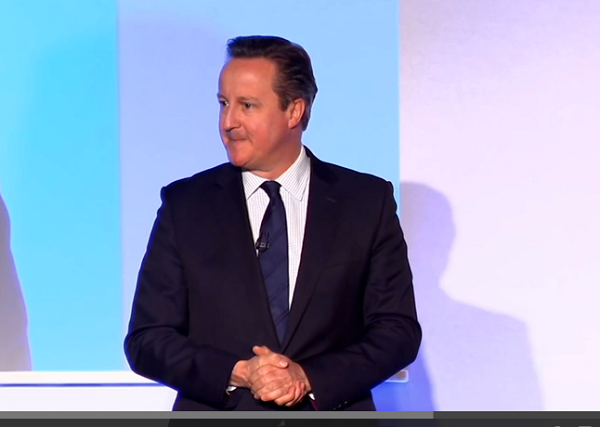 Last week, Kemberlee covered the Panama Papers scandal that is rocking much of the world, and there certainly has been a lot of buzz about the fact that few Americans, maybe only one, appear to have taken part in the tax evasion scheme run out of Panama.  In the wake of the revelations, Iceland’s Prime Minister has resigned, and there are calls for David Cameron to do the same.

After a torrid week, which ended with calls from MPs for his resignation, Cameron aimed to move the focus to his party’s record as he launched the Conservative campaign for next month’s local elections.

. . . . The prime minister was accused of misleading the public after he issued several statements before finally admitting he had benefited from his late father’s offshore investment fund Blairmore. The details of the fund were contained in documents leaked from the Panamanian law firm Mossack Fonseca.

The revelation came amid infighting over the forthcoming EU referendum and just weeks after the work and pensions secretary, Iain Duncan Smith, resigned over proposed welfare cuts. The government is also facing the potential collapse of the British steel industry after Tata Steel announced it planned to pull out of all its UK operations, putting 15,000 jobs at risk.

Cameron was a bit slow to respond to the scandal, but speaking at the Conservative party’s Spring function, he admitted that he “could have handled it better.”

The Guardian reports that Cameron has taken full responsibility and wants to take all of the blame.

David Cameron has said he must take the blame for the way Downing Street handled revelations about his interest in his late father’s offshore investment fund, and suggested he will imminently publish details of his personal tax affairs.

Addressing the Conservative party spring forum, the prime minister admitted it had “not been a great week”, to laughter from the gathered supporters.

Cameron said he would publish details of his tax return “later on” as he attempted to assuage calls for further transparency about his financial dealings.

It’s actually quite refreshing to hear a grown-up after so many years of Obama’s finger-pointing, buck passing, and general refusal to accept responsibility for anything.

Cameron told the forum he was “very angry about what people were saying about my dad”.

“I love my dad. I miss him every day,” he said. “He was a wonderful father and I’m very proud of everything he did.

“But I mustn’t let that cloud the picture. And the facts are these. The facts are I bought shares in a unit trust, shares that are like any other sorts of shares, and paid tax on them in exactly the same way. I sold those shares, in fact I sold all the shares that I owned on becoming prime minister.

“And later on I’ll be publishing the information that goes into my tax return, not just for this year but for years gone past because I want to be completely transparent and open about these things. I’ll be the first prime minister, the first leader of a major political party, to do that, but I think it’s the right thing to do.”

Will it be too little too late?  Or will his seemingly sincere apology and explanation suffice?  Time will tell, but with the EU referendum pending on June 3rd, it’s hard to imagine this is the last we’ll hear of Cameron and the Panama Papers.

When the State orders you to surrender more than what is necessary for the maintenance of public infrastructure…on pain of imprisonment.

When you seek ‘illegal’ means to protect your legal earnings from the State’s legalized extortion.

Does Britain have a Queen anymore? If so, why are all these third world nationals being invited in by the EU? Maybe the monarchy ought to take back their powers and put an end to the liberalism outbreak sweeping Europe.