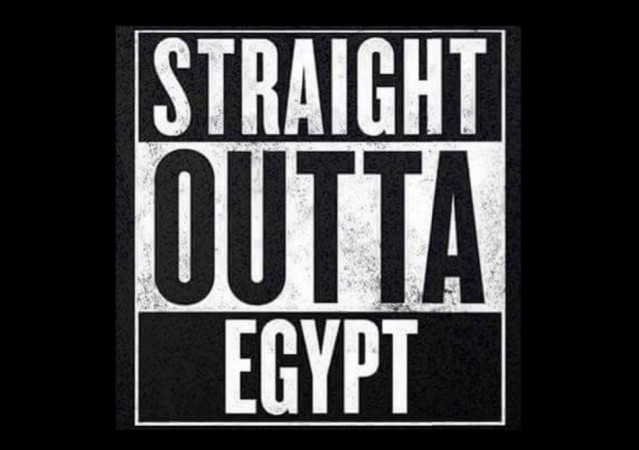 Tonight is the First Night of Passover, in which we celebrate the Exodus from Egypt.

My favorite passage from the traditional Passover Haggadah is one that is evergreen:

If you have been reading Legal Insurrection the past years, you understand that this passage remains as true today as ever before.

Fourteen years ago, during the 2nd Intifada, a Palestinian suicide bomber blew up a Passover seder at the Park Hotel in the seaside town of Netanya, Israel: 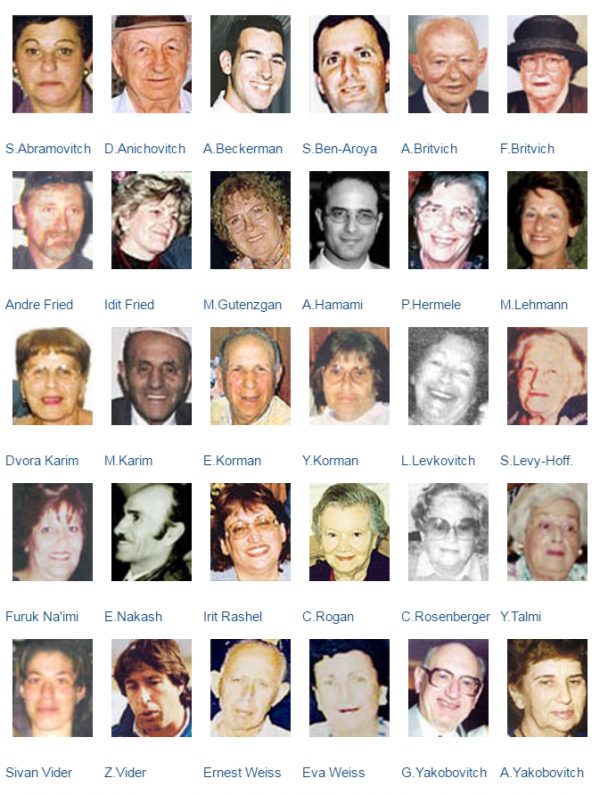 The masterminds of the Park Hotel bombing were released in 2011 as part of the prisoner exchange for Israeli soldier Gilad Shalit.

This holiday really makes me look forward to my return to Israel in June. For my past trip reports, see our tags Israel Trip 2013 and Israel Trip 2015. This year, I’m hoping to arrange meetings with the victims and families of victims of the Knife Intifada.

These quotes also are getting to be a Passover tradition at Legal Insurrection:

Particularly timely now, Passover Is No Time To Wish For The End Of Christian America:

Despite everything, this is a festive holiday.

So here’s a video to enjoy (lyrics below):

Pharaoh, it’s me
I was wondering if after all these years the Jews you’d free
It’s all over
Everything
You see its time for us to leave ya
I hope there’s no hard feelings

Hello?
I can’t hear you
I think the river needs some cleanin’
It’s turning red
And we’re thirsty
What’s with all these frogs
In my streets?
Locusts flying
I’ve got boils
And this hail is so freaky

There’s not much difference
Between us
Except our million gods.

I ain’t playin pretend, no one’s gonna get away
I hope you brought your swimming trunks
Cuz you’ll need them for the day

Gonna take your gold and silver, eat some matzah and be free,
Then maybe we’ll eat lots of manna.
Yo.

No time for dough to rise, bread of freedom is its name
Leave behind all of the ego and time now has no reign
Fermentation is a process that only happens certain ways
Tasting freedom, now live like a soul.
Yo.

Well I just can’t believe we let them go
Ohhhh maybe we can catch them at the sea
Don’t be afraid lets go and follow them,
I told you, you should have listened to me

Hello from the other side
Free at last in the Sinai
To go get the Torah, Jewish nation is born
Have a Happy Passover.
May you feel freedom down to your core. 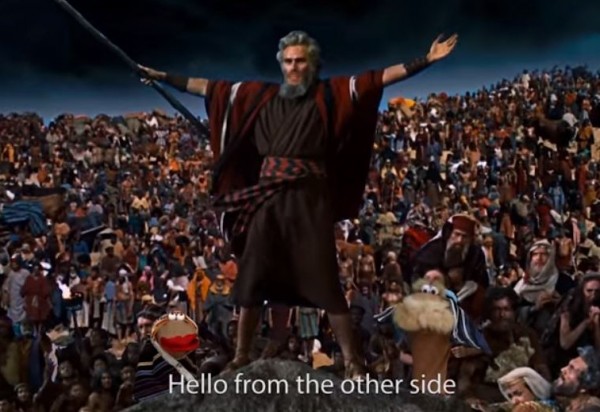 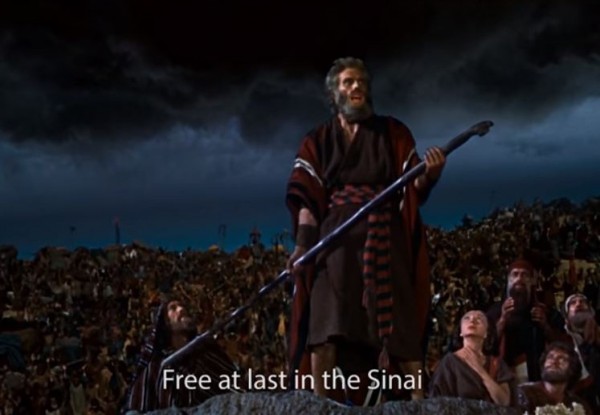 Wouldn’t it be nice if Israel can have a calm and peaceful Passover. Let’s hope and pray.

What did I just watch? Brain sprung.

A Happy Passover to all celebrating!