Does “Climate Change” make it immoral to have kids?

Does “Climate Change” make it immoral to have kids? 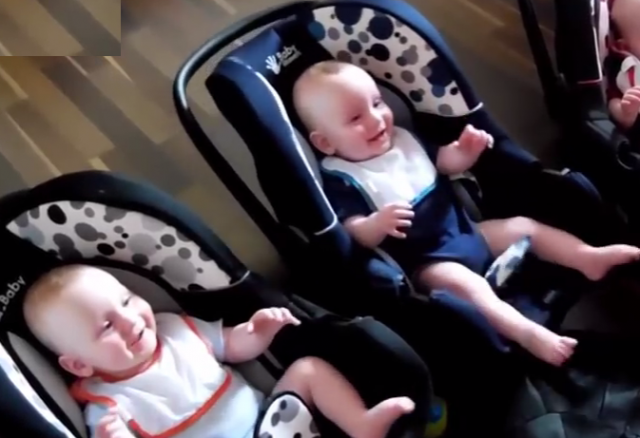 Dave Bry is the author of Public Apology: In Which a Man Grapples With a Lifetime of Regret, One Incident at a Time.

I suspect he is going to have one more regret to add to his list: Writing a column in The Guardian asking if its immoral to have children… because “Climate Change.”

…For while the world is a wonderful place, one we humans have made nicer for ourselves with wonderful inventions like books and record players, penicillin and pizza, it’s also a really awful place, one we’ve ravaged with deforestation and smog, nuclear weapons and mountains of pizza delivery boxes and other garbage.

The awfulness seems to be getting worse, especially now that climate change has sped up – sea level rise that was supposed to take centuries has recently been projected as taking just decades. This complicates the already difficult decision of whether to have a kid….

Was I complicit in the damage? I remember every extra paper towel I’ve ever unspooled from the roll, and think about a tree falling in the Amazon, and then think about my son growing up in a gray, dying world – walking towards Kansas on potholed highways. Maybe while trying to protect his own son, like the father in The Road. Will he decide to have a kid? I have foisted upon him a decision even more difficult than my own. It’s all very depressing.

While I personally am not a member of the Environmental Justice Morality Police, I assert that it is immoral to base such a profoundly important decision on a lie. And the lies perpetrated by climate alarmists are perverse, indeed.

I contend that the depraved propagation of “environmental science” lies has already claimed the lives of millions of innocent people. Rachel Carson’s 1962 book, Silent Spring, made an eloquent but completely false case that DDT was endangering bird populations.

..In 1971, the newly formed Environmental Protection Agency responded by holding seven months of investigative hearings on the subject, gathering testimony from 125 witnesses. At the end of this process, Judge Edmund Sweeney issued his verdict: “The uses of DDT under the registration involved here do not have a deleterious effect on freshwater fish, estuarine organisms, wild birds, or other wildlife. . . . DDT is not a carcinogenic hazard to man.” No matter. EPA administrator William Ruckelshaus (who would later go on to be a board member of the Draper Fund, a leading population-control group) chose to overrule Sweeney and ban the use of DDT in the United States. Subsequently, the U.S. Agency for International Development adopted regulations preventing it from funding international projects that used DDT. Together with similar decisions enacted in Europe, this effectively banned the use of DDT in many Third World countries. By some estimates, the malaria death toll in Africa alone resulting from these restrictions has exceeded 100 million people, with 3 million additional deaths added to the toll every year.

This politically-imposed ban that led to the death of so many innocents is 9th-level of hell immoral, whereas the use of a few extra sheets of paper towel might warrant a raised eyebrow.

I attest that forcing millions to live in poverty by imposing meaningless carbon-dioxide emission restrictions is also immoral. India is nowexperiencing an economic boom, with growth outpacing that of all other large nations at around 7.5%. In part, the success can be attributed to Prime Minister Modi, who rejected Obama climate-change-based regulatory temptations that would have limited his nation’s fuel options.

Bry concludes that he comes “down on the side of advocating reproduction.” That is a good thing.

And while the decision to have a family is deeply personal, I would also encourage Bry to be like India: Ignore the climate alarmists.

“Every child born into the world is a new thought of God, an ever-fresh and radiant possibility.”

Why would Al Gore and friends’ contrivance (and money-making machine) make it immoral for anyone else to have a baby?

Climate change is just the vehicle for granting more power to the elected class. If every aspect of life, and for that matter death, has some relationship to earth, then expect those who can’t get enough control to tell us why they need even more of it.

Curiously, the rationale for allowing so many people to migrate into both the US and Europe is that the national reproductive rates are below replacement, so we Need Young Workers.

Our mindless intelligentsia has been working ever so hard to play our kids.

I’m sorry, but I disagree with your conclusion. I devoutly hope that this … person does not breed.

And, if he is truly in despair over his negative impact on Mother Earth, I hear they can help with that problem over in Belgium (or Washington state, for that matter.)

Hey, we’ve imported our quota of idiots, please don’t volunteer WA as a dumping ground for more idiots, at least until I get the house sold and move.

IF you can find a copy, GET “Trashing The Planet” by Dixie Lee Ray, which is long out of print now, I expect.

The title is slightly deceptive. It’s more like “Misunderestimating The Planet”. Dr. Ray was a biologist, and a smart cookie.

If I remember correctly, according to Gore the world ended in 2000. I guess it got better.

No, no. See, that’s the virtue of post-modern thought.

We’re all actually dead. But “dead”, see, is a white, European male concept. It’s all relative. And I have a crazy cousin who says we’re all alive.

See…??? Gore was right. Relatively. ‘Cause he’s crazy, and you can’t get a closer relative than you…

Source of heat not accounted for by AGW shills – geothermal, particularly where the crust thickness is variable, like under glaciers near Iceland and Greenland:

If only there were some large major outside energy source that could explain the climate, the heat, and changes to them. But it would have to be HYUGE and very powerful, like a giant ball of ongoing hydrogen fusion or something, close enough to affect Earth.

OMG, you’ve nailed it! THE MOON!

Never should have closed the insane asylums.

In Niger, women are having an average of almost 7 kids each.

This despite the effects of “climate change.” (specifically, the country is located in the Sahara desert and they ran out of water so American companies, testing fracking methods, drilled new water wells thousands of feet into the earth… But the country still doesn’t get rain).

The future belongs to the people who show up to the future.

sea level rise that was supposed to take centuries has recently been projected as taking just decades.

So … projections are rising. Every day we seem to have more and more projections.

Rampant liberalism is an essentially pessimistic concept of the world. Otherwise the Warmunists would be buying up inland real estate, confident that it will soon become valuable ocean-front property.

The key to understanding the climate alarmists isn’t climate, or carbon, or human activity, or anything remotely related.

It’s an attempt at grabbing more power even after the central planning schemes have universally failed. That’s all.

Kids! You can’t live with them and you can’t have the human race without them.

Just you teach your children useful pre-industrial skills like tribal tattooing – that way they can barter with other hunter gatherers.

In the good old days morons like this got their faces bashed in when they spewed stupid shit like this. They quickly learned to STFU. Today we let this ilk educate our children.

97% of CO2 is from plants. Everyone knows that. Besides the C they get from photosynthesis, they extract CO2 from the soil. So in warmer times, more CO2 gets put in the air, because there are more plants. It is not a theory. We all know that CO2 tracks temperature with about a 50 year delay. It takes that long for the average plant to die and rot. Scientists have used this information for decades to determine the temperature of a certain period. The warm periods have more CO2 in the soil. Since the CO2 falls out of the air in about a ten year period, the effect that humans have is non-existent. No one wants pollution, but anyone in their right mind would want more CO2 than what we have now.

I would hope that anyone who believes it is immoral to have children because humans are killing the earth via AGW… would make an appointment for sterilization. It could only help the rest of us.

Wait, I thought it was the pope that needed to stay out of the bedroom? On second thought, Al Gore is the pope of the Church of Shrooms.

Dave Bry
Since you believe humans are such a drain on the world , why don’t you just take on for the cause, and kill yourself

Dave Bry
Since you believe humans are such a drain on the world , why don’t you just take one for the cause, and kill yourself

They should save the planet by committing suicide.

Someone should demand that the advocates of Global Warming use the scientific method to prove their theory.

Develop a reliable way to measure the climate that doesn’t require that data to be fixed so it supports the GW theory.

Record the GW model’s predictions for the next 1,000 years. These must match because the science is settled.

Then compare the predictions with reality for the next thousand years. If they match then we would have confidence that the theory is valid.

If and when GW is proven we need to have a solution for this problem that doesn’t turn our government into a fascist tyranny and doesn’t impoverish our country as the current proposals do.

It depends on the market value of the baby’s clumps of cells. Some time between conception and birth, every parent should call Planned Parenthood to determine the current prices for their baby’s parts.