Another big legal loss for BDS, this time in Spain

Another big legal loss for BDS, this time in Spain 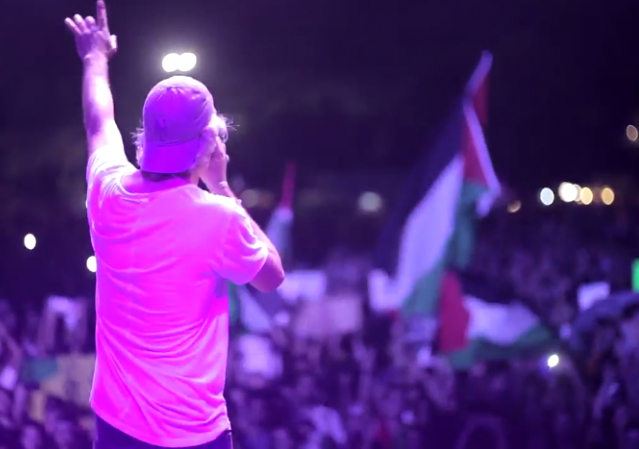 In January, the city of Aviles, Spain – just inland of the Bay of Biscay on the northern shore of the Iberian Peninsula –  passed a resolution adopting BDS.  The Association for Action and Communication in the Middle East (“ACOM”) a pro-Israel organization based in Madrid, filed a discrimination suit against the municipality.

According to the Spanish-language El Commercio, in late February the city voted to rescind the BDS resolution, apparently as part of a settlement in the ACOM suit.  Google’s translator function is passable:

Action Association and Communication in the Middle East (ACOM), which aims to improve all kinds of relations between Spain and Israel, hailed yesterday’s decision of the City of Aviles to withdraw the boycott of Israeli products after the plenary session on Saturday approved, with the votes of PSOE, PP and Citizens, the annulment of the declaration last January 21 the Consistory incorporated Aviles to BDS Network (Boycott, Divestment and Sanctions) against colonization, apartheid and Israeli occupation Palestine.

The municipal decision comes after ACOM initiate legal proceedings against the City Council, considering that the declaration failed to comply with principles such as equal treatment which includes the Public Contracts Act or the right of individuals not to be discriminated against, the freedom of expression and the right not to disclose national origin or religion, among others.

In a press release, ACOM said yesterday that “it is the first time that a municipality cancels BDS statement.” Angel Mas, President of ACOM, said the network that promotes the boycott “does not seek to advocate any occupation or the solution to the Arab-Israeli conflict, seeks the disappearance of the only Jewish state. Its aims are discriminatory and mobsters media. The rectification of the City of Aviles, thanks to the law, shuts out the BDS smolder in silence at ease in his blackmail democracy. ” For Mas, municipal rectification shows the “dignity of the City of Aviles’.

ACOM released the following statement on its website, which also provides more information about the case:

For the first time a city council has accepted a discrimination lawsuit prompted by two agreements to boycott Israel. Due to the efforts of ACOM the municipality of Aviles –a mining town in Asturias with a population of 83,500- agreed for two recent resolutions that endorse the BDS campaign to be void. In a landmark political, and legal victory the plenary session of the Aviles City Council followed the advice of its legal services that stressed the violation of constitutional freedoms that these anti-Semitic statements imply.

This is another instance where the implications are broader than the isolated case.

In recent weeks, we’ve seen a French bank close BDS accounts in Germany in deference to French law, implying that French law bans BDS from the French financial system altogether and anywhere.  We’ve also seen a British Bank shut down an account held by Islamic Relief Worldwide, long alleged to have ties to terrorism, with the implication that IRW might be frozen out of the British banking system.

If Aviles rescinded its BDS resolution out of fear it could be held liable for discrimination, the implication is that BDS is discrimination under Spanish law, at least for government entities.  As a result, the Aviles decision could prevent any other Spanish municipality from adopting BDS.

This is particularly necessary as Spain is perhaps the most anti-Semitic country in Europe, and that reflects in aggressive BDS activity. From the Gatestone Institute in 2010:

Spain emerged as one of the most anti-Semitic countries in the European Union in 2010, and the Spanish government has done nothing about it, according to the authors of an annual report that tracks anti-Semitic violence on the Iberian Peninsula. The “dangerous” and “extraordinary” rise in anti-Semitism comes at a time when Spain is mired in the worst economic recession in its modern history, and the authors of the report conclude that Jews are increasingly becoming a scapegoat for the economic and social problems facing Spain.

The report also provides data derived from opinion polls. For example, according to a poll commissioned by the Spanish Ministry of Foreign Affairs, 58.4% of Spaniards believe that “the Jews are powerful because they control the economy and the mass media.” This number reaches 62.2% among university students and 70.5% among those who are “interested in politics.” More than 60% of Spanish university students say they do not want Jewish classmates. “These numbers are as surprising as they are worrying: the most anti-Semitic people are supposedly the most educated and well-informed,” the report says.

In summer, 2015, a Spanish music festival banned Jewish star Matisyahu when he refused to endorse BDS, implicitly saying Jews must disavow Israel.  The organizers eventually relented, only to have the crowd openly hostile.

According to the American Jewish Congress, Spain has enacted legislation to confront open expression of anti-Semitism (as opposed to the underlying anti-Semitism itself):

“Spain has taken a significant step in the fight against anti-Semitism, signaling with this reformed law that there will be zero tolerance for acts of hatred against Jews,” said Dina Siegel Vann, director of AJC’s Belfer Institute for Latino and Latin American Affairs. “Our concerns about rising anti-Semitism have been articulated, together with our partner, the Federation of Jewish Communities of Spain, during meetings with Spain’s Justice Minister and other government officials in Madrid over the past several years.”

The revised penal code, adopted on March 31, will punish those convicted of inciting hatred, discrimination or violence against Jews, and those who deny or trivialize the crime of genocide. The code also applies to promotion of hatred towards others in Spain on the basis of gender, religion, disability or sexual orientation.

Nevertheless, anti-Semitism is deeply ingrained in Spain.  Even the far-Left Israeli Ha’aretz recognizes the problem.  This was in November:

On September 28, my daughter told me about an interaction she had in her Madrid school.

“Go to the gas chambers,” a classmate told her during a study hour, “or to a concentration camp.” He then added: “Where are your striped pajamas?”

My daughter is fifteen. For the past two years she’s been studying in a Spanish, bilingual school that made the top ten on the El Mundo 2015 best schools in Spain list. We moved her there after a year in the American school where we felt she was learning no Spanish and had no exposure to the local culture.

But this wasn’t the kind of exposure we had in mind.

My daughter tells me that in her class’s WhatsApp group students routinely use “Heil Hitler” as a greeting. They say that they’ve been taught – through their religion and communities -that Jews have been and will always be damned. And they cite historical examples, including those of Hitler and Franco.

As with other victories against BDS, this is a good and important tactical victory.  A Spanish municipality has rejected BDS, possibly because Spanish law forbids it.  This does nothing to abate the deep anti-Semitism among the Spanish population, or the bias in reporting about Israel.

I hear Ireland is a close second to Spain.

The amazing thing is with so few Jews in Spain since 1492, the way anti-Semitism was kept alive was by institutionalizing it.

Ireland never had many Jews.

Both have a strong Catholic history…