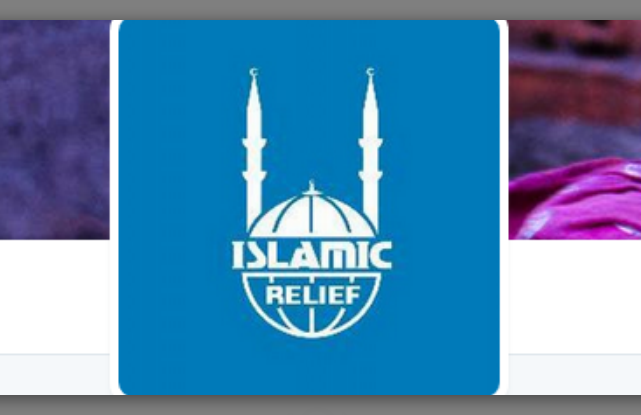 [IRW is] the largest international Islamic charity in the world, with a $240 million operating budget, nearly 300 employees, chapters in more than 12 countries with their own multi-billion dollar budgets, and operations in over 30 countries, all based in Birmingham, England.

In 1999, the IRW accepted a $50,000 check from Osama Bin Laden. In 2006, Israel arrested its project coordinator in its Gaza office, Iyaz Ali, for funneling money to Hamas. In November 2012, the British Bank UBS closed the IRW’s account and blocked its customers from donating to the charity. In June 2014, Israel officially declared the organization to be illegal and banned it from operating in Israel and the Palestinian territories due to its financing of Hamas. In November 2014, the United Arab Emirates declared the IRW to be a terrorist group.

[IRW] had a Gaza program coordinator who aided Hamas from 2005-06, received over £60K from an Al Qaeda front group from 2003-08, has leaders who are closely aligned with the global Muslim Brotherhood, and had programs staffed by Hamas personnel in the Palestinian territories as recently as this year.  Supporters of IRW have noted that the UK’s charitable regulator has not confirmed the evidence against IRW; however, a 2013 audit found that the Charity Commission is understaffed, too passive in its investigations, and is generally unfit for its regulatory duties.

Despite these ties to terror, IRW continues to receive funding from the United States government.  IRW received $100,000 in fiscal 2016.  Islamic Relief also “receives millions of pounds from the [British] Department for International Development.”

HSBC’s decision could have significant implications.  IRW is headquartered in England and if other British banks follow suit and reject its business, IRW could be squeezed to find ways to move assets.  In addition, HSBC’s move could prompt other banks to look more closely at IRW accounts as well.

Better late than never. Shut off the money.

I suspect I know which one it is.

There’s another word for your second suggestion: theft. How in the world can you imagine that HSBC can or should “freeze” a client’s money, no matter what it suspects (or even knows) the client has done? How would that be different from a mugger on the street relieving a suspected (or known) criminal of his wallet?

Milhouse said “How would that be different from a mugger on the street relieving a suspected (or known) criminal of his wallet?”

A mugger uses force to take money from the victim. IR signed a bank user agreement and willingly handed the money over to them. So the analogy doesn’t apply.

Milhouse said “How in the world can you imagine that HSBC can or should “freeze” a client’s money, no matter what it suspects (or even knows) the client has done?”

As part of the bank’s user agreement it allows the bank to freeze funds at their sole discretion. IR agreed to this.

So no this would not be a mugging or theft.

Now let me ask this. Was it illegal for IR to accept and deposit funds from internationally wanted criminal terrorists? Do banks have a legal requirement to report suspicious activity to the proper authorities?

1. Taking money that has been handed over for safekeeping is theft.

2. Nobody agrees to let a bank take their money at its sole discretion. Nobody would ever knowingly sign such an agreement.

3. No, it was not illegal to do businesss with an organisation that is banned (not “wanted”; corporate entities can’t be wanted) in some other country. If it were illegal, then nobody could do business with Chinese or Iranian dissidents, or with refugees from anywhere. There was no suspicious activity to report, and thus no requirement to report it.

I’m not a lawyer, but I have Google. From Associated Banks online forms:

11.5.2 As part of the Bank’s loss prevention program, when the Bank suspects that irregular, unauthorized or unlawful activities may be involved with your Account, the Bank may freeze (or place a hold) on the balance in your Account (and other Accounts you maintain with the Bank) pending an investigation of such suspected activities.

There were no grounds to suspect any monkey business with the account. Banks are not allowed to freeze accounts just because they don’t like the customer.

Now what will Britain do about sharia finance which ends up giving money to terror-linked groups?
http://www.breitbart.com/national-security/2011/09/25/sharia-compliant-finance-and-how-we-are-funding-jihad-in-the-heartland/
Better yet, what is the US going to do about it?