These two candidates have done the best at turning around the extremism question. 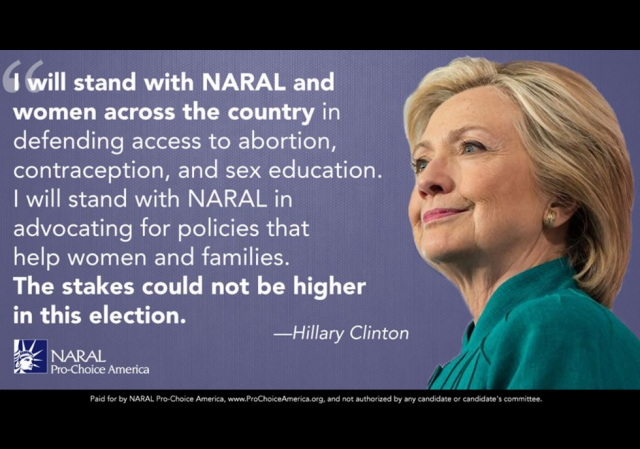 During Saturday night’s NH GOP debate, Marco Rubio was asked how he planned to tackle social issues with millennial voters, in particular issues of life and marriage.

Rubio discussed abortion as a two-fold issue — one dealing with women’s rights and the other with the right to life. “I’ve chosen to err on the side of life,” he said. Hillary Clinton’s stance on abortion was pulled into his answer as Rubio called her views “extreme.”

“To me the issue of life is not a political issue, it’s a human rights issue and it’s a difficult issue because it puts in conflict two competing rights. On the one hand is the right for a woman to choose what to do with her body which is a real right, and on the other hand is the right of a human unborn child to live. They’re in conflict and as a policy maker, I must choose which one of these two sides takes precedence and I’ve chosen to err on the side of life.

Here’s what I find outrageous. There has been five Democratic debates and the media has not asked them a single question on abortion and on abortion, the Democrats are extremists. Why doesn’t the media ask Hillary Clinton why she believes that all abortion should be legal, even on the due date of that unborn child? Why don’t they ask Hillary Clinton why she believes that partial-birth abortion, which is a gruesome procedure that has been outlawed in this country; she thinks it’s a fundamental right. They are the extremists when it comes to the issue of abortion.”

The human rights angle is a great argument and one that can and should gain a fair amount of traction. It’s also not one that often makes it’s way into the political arena. So I welcome that with open arms.

Rubio’s line that “Hillary Clinton’s views are extreme” also was used by Carly Fiorina in July.

In an interview with CNN’s Jake Tapper, Fiorina said:

“I would really be delighted if for once, the media would ask Hillary Clinton about the extremism of her position.”

Pro-Life views such as those held by Rubio and Fiorina never will be accepted as valid by the mainstream media and liberal interest groups. So there’s no sense trying to convince them — better to turn the argument around and make Democrats justify their own extremism.

“. . . views such as those held by Rubio and Fiorina never will be accepted as valid by the mainstream media and liberal interest groups. So . . . ”

all the more reason to keep pounding on them to

I like the way Rubio and Fiorina framed the issues. Keep it up!!

Fiorina framed the issue, and Rubio picked it up. Good for Rubio for picking it up, but let’s not pretend he originated it.

We need to go after the classroom sex-ed, too, run by SEICUS/PP. It’s what recruits kids into sex play and guarantees generations of slaves who will keep abortion legal.

Hillary is the exemplary war on women: provide girls the appetite and means of fooling around so that guys like Bill can exploit them at will.

Freedom is not killing the unwanted offspring, but rather, freeing oneself from the predators who run the sex industry.

Rubio is going to get War on Womened on this issue. The various feminist groups are becoming irrelevant, but this will allow them to fundraiser and recruit the younger generation.

This is a fight that isn’t worth having, And Ruibio who is a liar, but also kind of spineless is the worst possible general for this fight.

Rubio doesn’t care about the issue. It’s not going to be the main issue on which he chooses judges. He is just trying to steal money from anti abortion activists.

It makes no sense to give Dems fodder to respond to and carry on about abortion issues in this election.

The state-established pro-choice religion, whether it is selective exclusion (e.g. “=”) as a civil rights issue, or selective-child as a human rights issue, or class diversity as discrimination against individuals based on their “skin color”, or reactive parenthood that enables clinical cannibalism, or progressive wars without accountability, or anti-native policies that displace people and create a refugee crisis, or widespread abuse of eminent domain by environmental lobbyists, is the issue.

That said, the issues raised by rejecting human rights by the pro-choice faithful are two-fold. One, the ulterior motives for social projects (e.g. multi-trillion dollar welfare industry) sponsors progressive corruption. Two, violating human rights through selective termination of [wholly innocent, defenseless] human lives serves to debase all human life. People should be objectively concerned that the pro-choice religion has enabled the progression from selective-child to clinical cannibalism, as exemplified by the Reactive (“Planned”) Parenthood corporation.

The consequences of establishing a pro-choice religion are not limited to the rise of female chauvinists and their “final solution” that [selectively] terminates [wholly innocent, defenseless] human lives by the millions annually for wealth, leisure, pleasure, and leverage. The conversation about resuming sacrificial rites under the state-estabished pro-choice cult needs to address debasement of human life, but also other policies based on its selective principles, and its role as a first-order cause of catastrophic anthropogenic government waste.

While we cannot prevent women from unilaterally, selectively terminating their child’s life for reasons of wealth, pleasure, leisure, narcissism, or convenience, it is insane to establish a quasi-religious or [a]moral philosophy/law that normalizes or promotes a majority psychopathy. Not even the Chinese left’s one-child policy carried out by the Party’s ruling minority is comparable to the implications of a psychopathy present in the general population that rejects the exceptional value of human life.

Exactly. The individual dignity of the mother and the intrinsic value of her child. Specifically, her child’s unalienable Right to Life under our national charter and as the second listed party, Posterity, to our social compact, The Constitution. And, of course, by virtue of the consensus on universal human rights throughout our evolution.

The practice of clinical cannibalism engaged by Reactive (Planned) Parenthood corporation et al deserves to be considered separately as something truly primitive and barbaric.

Exactly. The individual dignity of the mother and the intrinsic value of her child.

n.n, you nailed it. I’ll build on that. There is NO conflict of rights. It’s not about any right to one’s body, it’s about the dignity of motherhood. A mother has no more “right” to clean out her womb than she does to “clean out” her nursery one year later.

Fiorina and Rubio: Make Dems justify own pro-abortion extremism
Much like Cruz was talking about the Wall years before Trump.