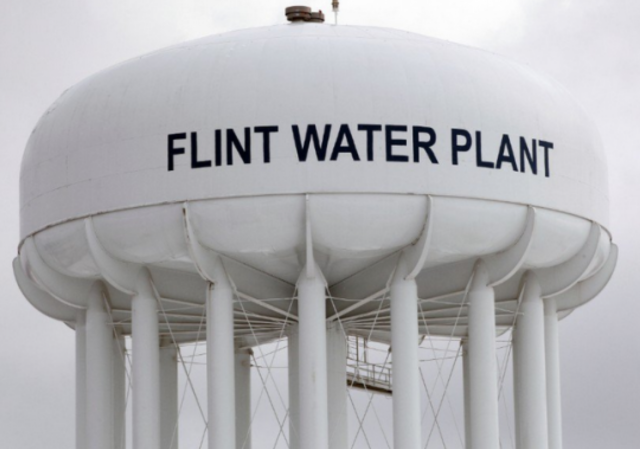 The last time we checked on the bureaucracy-caused disaster of the Flint Water Crisis, Michigan Governor Rick Snyder offered to testify before Congress about events leading to the lead-contaminated residential water.

Of course, since he is a Republican, Snyder has been a convenient target of Democratic Party kabuki theater.

U.S. Rep. Elijah Cummings of Maryland, who is the top Democrat on the House Oversight and Government Reform Committee, wrote in a letter to Chairman Jason Chaffetz, R-Utah, that Snyder has “completely ignored” Cummings’ and U.S. Rep. Brenda Lawrence’s request for documents related to the Flint sent Jan. 29.

“As I have stated many times, I believe the committee must obtain information from all levels of government — local, state and federal — in order to conduct a responsible and complete investigation,” wrote Cummings, who is part of a delegation of congressional Democrats visiting Flint on Monday with U.S. Rep. Dan Kildee, D-Flint Township.

Then Cummings should be thrilled at the prospect of reading the thousands of pages of documentation that will soon be available.

Gov. Rick Snyder said Monday his office will release thousands of pages of emails his staff sent or received related to Flint’s water supply switch and subsequent contamination dating back to 2011.

Snyder said the release of his office’s Flint records would come “relatively soon” after state lawyers remove any documents that would normally be exempt under the Michigan Freedom of Information Act, which doesn’t apply to the governor’s office.

“You’re talking thousands and thousands of emails, so I want to make sure they do it carefully and thoughtfully,” Snyder told The Detroit News Editorial Board.

I suspect it won’t be released late on a Friday afternoon in a highly reacted form, either.

Those wishing to counter the idea that spending a lot of money on government programs will guarantee quality service will want to make note of Flint. The residents payed top-dollar for their lead-tainted water. 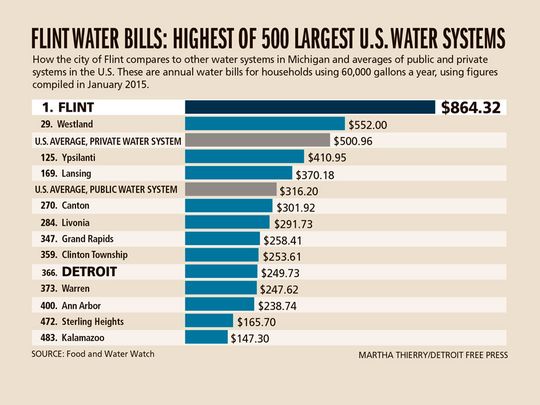 …Flint residents paid the highest water rates in America even as their water was tainted with lead, according to a national study released Tuesday by the public interest group Food and Water Watch.

A survey of the 500 largest water systems in the country, conducted last year, found that on average, Flint residents paid about $864 a year for water service, nearly double the national average and about three-and-a-half times as much as Detroiters pay. The figure is based on an annual household consumption of 60,000 gallons.

It makes you wonder exactly what the money was spent on, because it certainly didn’t go to protecting water quality or public health.

I doubt the answers will be found entirely in the emails, but it the attitude of the bureaucrats who neglected to take prompt action when the problem was initially discovered.

I hope Cummings enjoys his reading!

Future problems could be avoided by privatizing the water company.Nobody in any government is ever held responsible for failure.Obviously they were using the water department as a cash cow to fund corruption.

Who gives a damn what the United Nations has to say about our country and how it’s run? Keep these buttheads out of our business.

The people of Flint are stupid, which is why they’re in Flint in the first place.

Look at the morons they elected that created this mess. The decision to use the water from the Flint River was the City Council’s and mayor’s.

This article seems to be out of date or incomplete.

So, exactly what is Cummings looking for? Something heavily redacted?

And the Flint, Michigan municipal water system is a Federal issue because…?

Our current “conservative” candidates make a few noises about restraining Federal overreach, but even Rick Perry couldn’t quite remember which three agencies he wanted to close.

How about coming at it from the other side: figure out which three Federal agencies should be allowed to survive, and push the rest of the governance and entitlements back down to the States – where they belong.

I have this vision of Snyder laughing himself sick at the effect on dems and unaccountable ‘crats. Finally….