An ugly picture of “Rule by Bureaucracy” 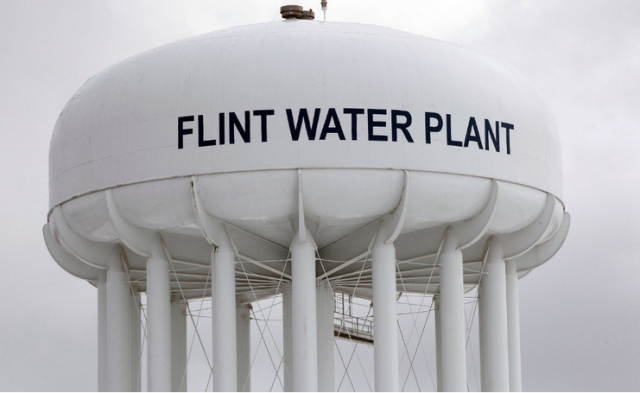 We noted that the water crisis in Flint, Michigan was 40-years in the making and the situation was worsened by complete bureaucratic failure.

However, unlike Hillary Clinton and her emails, the electronic correspondence from regulators and government officials associated with the decision that resulted in Flint residents consuming water with elevated lead concentrations has been released.

It is not a pretty picture.

One set from the EPA’s local regulators indicate that the bureaucrats were prepared to let the situation continued unchecked for several months before proceeding to take any mitigating action.

Four months after being notified about high lead levels in a Flint home, the Environmental Protection Agency was prepared to let the city continue giving lead-contaminated water to customers until at least 2016, emails released Friday show.

Jennifer Crooks, the Michigan program manager for the EPA’s Drinking Water State Revolving Fund, sent out an agenda on June 8, 2015, for a planned call with Michigan Department of Environmental Quality officials.

In that email, Crooks said it was known that Flint had not been adding any corrosion-control chemicals to its water to prevent lead from leaching from the pipes into drinking water since April 2014. She said the city was in its second six-month testing period.

It didn’t make sense for the city to start a corrosion control program in June 2015, Crooks wrote.

“Since Flint has lead service lines, we understand some citizen-requested lead sampling is exceeding the Action Level, and the source of drinking water will be changing again in 2016, so to start a Corrosion Control Study now doesn’t make sense,” Crooks wrote.

I suspect if the problem was related to “climate change”, then these bureaucrats would have been right on top of the situation.

Governor Rick Snyder has released over 20,000 email records related to the Flint Water Crisis. The governor is headed to Congress to offer further details on the situation.

The governor’s office said Friday that Snyder called the committee’s chairman, U.S. Rep. Jason Chaffetz, R-Utah, on Thursday and offered to testify before the panel to address mistakes made by water quality experts that led to the current crisis of high levels of lead found in Flint residents’ tap water.

Shortly after the Free Press broke news of the request, Chaffetz put out a statement saying he would hold a hearing — the committee’s second into the Flint water crisis — and the governor would be called to testify, as would EPA Administrator Gina McCarthy, former EPA Region 5 head Susan Hedman, former Flint Mayor Dayne Walling and former Flint emergency manager Darnell Earley, among others.

“We are committed to investigating the failures in Flint,” Chaffetz said. “We appreciate Gov. Snyder’s willingness to appear … and look forward to hearing from EPA Administrator McCarthy as well. Their perspectives on this issue are important as we seek to ensure a crisis of this magnitude never occurs in another American city.”

McCarthy certainly has been busy. The last we checked in with her, she was dealing with the fallout from the role that the EPA played in creating the Animas River Spill.

I suspect her next visit might be to Utah, which has planning to file a suit against the EPA because of the chemical contamination of the riverway.

In a statement, Utah Attorney General Sean Reyes said the EPA failed to share recent test results of elevated metals in the San Juan River. He said they would press forward with a lawsuit, but hoped for a settlement.

“After the spill, we waited to take legal action because in good faith we hoped that cooperation with the EPA could bring more rapid reimbursement and remediation. Perhaps there is a still a chance for that to happen, but Utah needs to be in a position to file a lawsuit if the federal government is not more responsive and transparent. The discovery that the EPA did not share relevant information is a cause for serious concern and could lead to additional claims after we have fully investigated that omission,” Reyes said in the statement.

While the Democratic Party’s presidential candidates will claim greedy Republicans can’t be trusted to protect the environment, it appears that the EPA’s primary mission has devolved from protecting the environment and public health to protecting its power and pet projects.

That is a very ugly picture, indeed.

The EPA accomplished its initial goals to reduce pollution in this country. Since then, it has lacked direction from Congress, and so has engaged in various efforts to justify its existence and its budget in true bureaucratic fashion. It is high time to evaluate this agency, from top to bottom.

I suggest that the EPA could be gainfully used to review its own permitting process, with the goal of promulgating clear, recognizable, doable standards for building manufacturing sites in the US.

To clarify: both of these incidents involved agency failure to apply information that was already well known. The reaction of old passivated lead pipes to a change in the water flowing through them is well-known and documented. The engineering problem that led to the spill into the Animas River was so obvious it could be detected by back-of-the-envelope calculations.

The mandate of the EPA needs to be revised so that neither incident occurs again.

The mandate of the Federal EPA needs to be obliterated. (See the period?)

The same is true for ALMOST ALL Federal administrative agencies. Even several that had a reason to exist under the Founding, like the Dept. of Ag. We have more than adequate resources to assure our food and fiber, quite contrary to the time of the Founding.

Governor Perry had a debate brain fart when asked about which three government departments he would shut down. He should have said something like “I have a particular list of three, which I don’t recall right now. However this is a target rich field. Start naming departments. It would be better to come up with a list of 3 departments we want to keep. If we’re not keeping a department we a dumping it.”

What this proves is that there are too many people getting paid to perform jobs which are beyond their capabilities and that those flaws are being covered up. There is no excuse for this.

“The administrative state…where the Peter Principle finds its fullest expression.”

Reagan said something about government always grows larger, never smaller. The EPA is happy to expand their mission. One time they wanted to count the mud puddles in dirt logging roads as under their jurisdiction.

They are famous for wanting a regulation they can’t have, and then funding a group which sues for that regulation. They roll over and get what they want from a judge.

The production and consumption of ethanol causes more air pollution than burning the equivalent of petroleum. While the Presidential candidates have mentioned big ethanol complex in regards to fuel, they haven’t mentioned how putting 25% of corn into ethanol adversely effects food costs.

By the way, the last river fire was in Cleveland in 1969. Local communities recognized the seriousness of a polluted river being on fire and had taken steps to prevent that Before the EPA was started.

Most of what the Federal government does local communities would already be doing for themselves. (Most. The Interstate Highway System is mostly pretty good.)

Notice that only about 60-70% of gas tax goes to fixing and improving roads and bridges. The rest goes for pedestrians, bike paths and mass transit. In Denver the mass transit is moving for light rail. I will bet we would find that light rail mass transit favors middle-class and up over the poor.

These hearings will result in much bluster, pleas for “more money”, followed by reams of new regulations – or the creation of an entirely new division in EPA – to ensure this never happens again…until it does happen again. Then, rinse and repeat.

Apparently bowing to political correctness and fear of the reaction to truth-telling, there has been little discussion of the role of Flint city employees in this fiasco.

EPA has requirements for testing lead in drinking water – samples are to be taken from homes having the greatest likelihood of contamination – those with lead pipes (information that is also supposed to be recorded). Flint officials did not know which homes had lead pipes, did not take samples for submission to EPA from those homes as required, and submitted certifications about the samples that were false.

As part of the decision to take water from the Flint River, a professional study was commissioned from a private engineering firm. That report noted the need to treat the water to avoid leaching the lead from pipes. The city water authority employees failed to follow the report recommendations.

There is plenty of blame attaching to all levels of government, but the left-wing wants to pin it all on Republican governor Snyder who the despise – so the responsibility of the employees of the Democrats in Flint must be ignored.

Wrong. This was entirely a Big Business/Snyder Administration attempt to shaft the people of Michigan for private profit and public losses.

Not wrong; accurate and neither of your links addresses the intentional misrepresentations, gross negligence or incompetence of the Flint water officials that were the initial cause of this fiasco. http://www.mlive.com/news/flint/index.ssf/2015/11/documents_show_city_filed_fals.html

For a more detailed review of the issue prepared by the President of a Flint College for a letter to parents and students, see: https://my.kettering.edu/sites/default/files/resource-file-download/KetteringWaterAlumniParents1242016.pdf