But where are the Democrats? 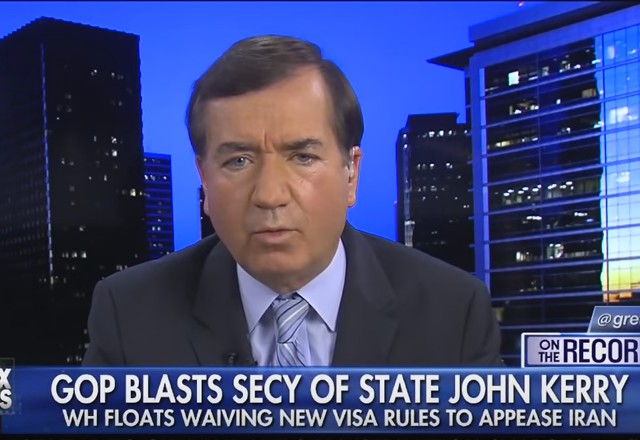 The hits keep on coming.

Republicans continue slamming Obama and his administration over their capitulation to Iran on the Visa Waiver Program (VWP). As part of the spending bill Congress passed a law tightening restrictions on the VWP, which would mean that business people who traveled to Iran would not be eligible to have their visas waived and would have to apply for one like most of world.

Iran objected and signaled that it would consider such a restriction to be a violation of the nuclear deal. Secretary of State John Kerry reacted by writing a letter to Iranian Foreign Minister Mohammmad Javad Zarif assuring him that the administration was prepared to waive the restriction for Iran.

Then Rep. Mike Pompeo (R – Kan.) wrote a letter to Kerry saying, “The Obama administration cannot allow individuals who are not American citizens, and who have connections to, or have traveled to Iran, come to our country without doing something as simple as applying for a visa.”

Pompeo and Sen. Tom Cotton (R –  Ark.) have been systematically poking holes in the administration’s case for the nuclear deal.

Congress and the President strengthened the VWP in order to protect the national security of the United States. Iran is impacted by this new law because it is a U.S.-designated state sponsor of terrorism. The simplest way to eliminate this restriction is for Iran to end its support of terrorism. We are deeply concerned that this point was absent from your recent correspondence with the Iranian Foreign Minister and urge the Administration to press Tehran on this, as well as its recent missile tests and persistent jailing of Americans. The problem is with Iranian actions, not the new visa waiver law.

Republicans have been really good at attacking the administration over its latest capitulation to Iran but where have the Democrats been?

Senate Democrats should stop writing meaningless letter expressing “profound concern.” They were either dupes or knew they were setting the country up for capitulation to Iran on many more fronts than just nukes. Hillary Clinton should be pressed to explain if she too was duped, or if she understood just how calamitous was the deal. Republicans should pick their nominee carefully, finding someone who can win and reverse our Iran policy. Voters should hold lawmakers who went along with this debacle responsible when they come up for reelection, be it 2016, 2018 or 2020. They have put American national security at risk and should not be returned to office.

Quite a few of the Democratic senators who supported the deal and refused to allow a vote on it wrote strong cases for not trusting Iran and being vigilant against Iranian cheating.

They supported at as not a great deal but the best that could be achieved under the circumstances and that must be enforced against expected Iranian cheating. (They were not supporting the same deal that Obama described as “I’ve had to make a lot of tough calls as President, but whether or not this deal is good for American security is not one of those calls. It’s not even close.”) If those senators were serious about enforcing the deal, this would be a good time to start by pushing back against the administration.

[Note: This post was prepared prior to the Sabbath.]

Republicans being upset is about as effective as obama sending nasty letters to misbehaving foreign countries.

Don’t expect that – ever – from the likes of the impotent bozos hogging the leadership positions of the GOP.

Primary them out: Ryan first.

“Beyond belief” …I don’t think so. The administration and the Democrats have established a consistent and clear pattern. Their failing is not intellectual so arguments and evidence are notwithstanding. Their failing is moral and thus very dangerous. Control health care (ACA), the economy (Climate Change), and disarm the law abiding and freedom loving citizens while releasing and importing criminals. The pattern is not reality or applied logic.

To be conclusive, circumstantial evidence requires a single explanation that simultaneously explains all facts. The facts must be looked at as a whole, not in isolation of each other. The bigger picture of what the administration is doing is very consistent. Republican words will do nothing to stop a moral failure. Tell a robber not to rob you because he could end up in jail or disgrace his family–let me know how that works out.

I think the only intellectual failure in their immoral quest to bring the USA down to 3rd world status is they think the Iranians will reward the Dems for their cooperation by making some of them rulers in the world government. The silence of the Dems implies assent I think.

Until the funding is cut off for the State Department, nothing will change…and the odds of the GOPe actually standing up to Democrats is the same as me being named Grand Poohbah of the USA.

This may be a silly question, but have you considered the ramifications of “cutting off funding for the State Department”?

Can’t think of a damned thing that wouldn’t be improved without Kerry and his department, given their performance.

So maybe a dozen Benghazis is cool wid you. Or a couple of scores of hostages?

Remember how Hellary tried to blame Benghazi on GOP budget cuts (which was a total lie)?

By “cutting off State Department funding”, you’d make it all true. Well, THAT and a whole lot more really bad stuff.

What useless group of shites. A dead party if there ever was one.

Starve the GOP and give generously to the Tea Party:
http://www.teaparty.com