Washington, D.C. also in the crosshairs 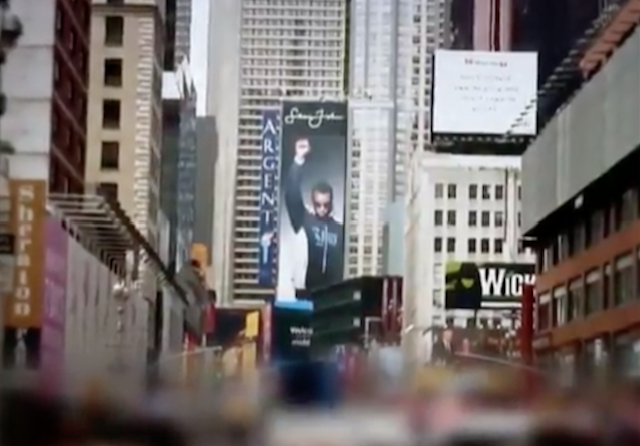 Earlier this year, I dove in to the world of ISIS propaganda with a piece explaining that ISIS is using digital media to both recruit new members, and make it more difficult for international intelligence officials to track terror threats.

ISIS is really good at propaganda. Their use of social media to recruit and promote themselves is unlike anything we’ve seen from an extremist group; their social media accounts reach into computers and homes all across the globe, and their Al-Bayan radio network is reportedly on par with NPR. Since last week’s attack on Paris, ISIS operatives have released multiple videos articulating an intent to attack high-profile sites on U.S. soil.

For a JV operation, their propaganda is pretty damn polished.

The slick production includes storefront shots of TGI Fridays in Times Square and the Gap in Herald Square — along with footage of yellow taxi cabs driving past.

The images of New York City are spliced between disturbing clips of suicide bombers preparing for attacks. A fighter also holds a grenade, pulling the trigger as the camera cuts to black.

French President Francois Hollande then appears on screen, giving an address just after the Paris attacks. At the end of his speech, he says, “it’s horrible.”

Then words flash on the screen, saying, “And what’s coming next will be far worse and more bitter.”

The video also includes statements from several jihadis, praising “soldiers of the caliphate in France” for their “blessed operation.”

The FBI in New York released a statement over Twitter this evening acknowledging the existence of the video, but maintaining that there is no “specific articulable threat to the city”:

We are aware of the reporting of ongoing terrorist threats to NYC, to include the newly-released ISIS video involving Times Square…

While there is no specific articulable threat to the city at this time, the FBI NY JTTF continues to vigilantly work with NYPD…

…and our other law enforcement partners to keep our community safe and fully investigate any threat information.

The NYPD released a similar statement, and emphasized that some of the footage in the video, while featuring storefronts and landmarks in Times Square, is old.

The video, which appeared on ISIS propaganda sites, starts with news coverage of the Paris attacks that killed at least 129 people. It then cuts to a man in a turban, identified as Al Ghareeb the Algerian, warning countries that band together against Syria after the France massacre.

“We say to the states that take part in the crusader campaign that, by God, you will have a day, God willing, like France’s and by God, as we struck France in the center of its abode in Paris, then we swear that we will strike America at its center in Washington,” the man says, according to translations of the video.The man never mentions a specific target in America’s capital.

He also warns of more attacks to come in Europe, telling countries there they “will be unable to stop us because today we are much stronger than before.”

Another man in the video, identified asAl Karrar the Iraqi, tells French President Francois Hollande the terrorists will”negotiate with you in the trenches and not in the hotels.”

It’s easy to brush this stuff off, but remember—ISIS attack plots doubled in 2015. So far this year, officials have identified 61 total ISIS attack plots against western targets. This represents a 2x increase in attack plots since 2014. 17 of those plots focused on the United States, and authorities have arrested 55 people this year in ISIS-specific attack cases alone. We also know that westerners have and continue to travel to Syria to join the cause.

The threat may not be specific and articulable, but it is everywhere.

Times Square? His about Yale, Mizzou, and USC to bring some reality to those places. DC needs the reality check, too, WH and Capitol.

The current regime is guaranteeing and enabling an ISIS attack on the United States. We will be extremely fortunate if the attacks are only in DC and NYC, because that is part of the regime’s power base. I don’t think that we will be that fortunate, and America will be struck.

You know who else was really savvy with social media and web-based campaigning? The Obama campaign.

They learned from the masters: Obama and Goebbels.

And Alinsky, of course.

The people they recruit are fools, as we’ve seen from those begging to “come home.”

A cancer; a toxic, deadly force of evil.

I hope they are wiped off the map – and their propaganda machine is stopped, NOW.

Blasio does not deserve nor need any security/protection. Sorry, but he is a puss. New York City deserves a true leader.

I think much of the islamic terrorist activity in the US has been subdued due to deference to and appreciation of obama as he has been stoutly defending islam at every turn. I think that after he leaves office all hell is gonna break loose.

ISIS can pretty much say anything it wants and be assured the media will react as if it is telling the truth. Why not San Francisco, Dallas, Denver, or any number of places?