The Dark Side of Halloween 2015

The Dark Side of Halloween 2015 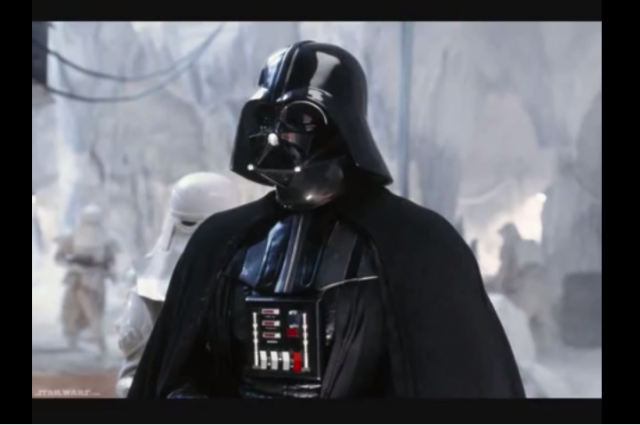 Police recruiting numbers are plummeting, and an alert has been issued that is sure to convince potential academy cadets to consider alternative careers:

The FBI has issued an alert to law enforcement about a possible “Halloween Revolt” by a dangerous anarchist group, an official has confirmed to CBS News.

Federal officials issued a bulletin to local police departments about the potential for attacks against their officers, CBS News has learned.

As first reported by the New York Post, a group known as the National Liberation Militia may be planning to dress in costume, cause a disturbance, and then ambush police who come to help. The Post reports the group has recommended members wear typical holiday masks and bring weapons like bricks and firearms.

NYPD officials told the Post there is no specific threat to New York City, and they are monitoring the situation.

And while that sounds ominous, an internet search for the National Liberation Militia reveals little. One skeptical observer noted:

At least according to the New York Post, which broke the story Monday, claiming it received its information from an FBI press release.

For an anarchist group with such a catchy, yet contradictory name, and such an ambitious, yet imminent plan, you would think they would market themselves more effectively.

If there are anarchists considering a “Halloween Revolt”, perhaps they can do so dressed as one of the many versions of Hillary Clinton her campaign is currently promoting. (Bad news on that front: although annual Halloween costume choices are often a reflection of the political zeitgeist, the most popular searches this year are superheroes and “Star Wars”.)

Perhaps some of those “Star Wars” costumes are being shipped to ISIS combatants?

Police in Turkey discovered a stash of Darth Vader masks when they raided an Islamic State cell in Diyarbakir on Tuesday.

The masks are believed to have been used by the militants to protect their faces from shrapnel in the event of an attack.

Police detained 15 militants when they stormed the house held by the militant group. Two policemen and seven terrorists were killed during the raid, according to the Daily Mail.

Talk about the Dark Side:

And because the level of madness in the Middle East seems to have no upper limit, WalMart is having problems because it decided to sell soldier costumes. And while GI Joe attire is still OK (in all except the most progressive communities), it seems that the retail chain sold the wrong type of military garb: 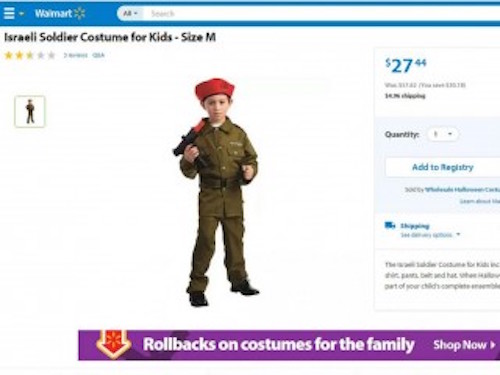 America’s largest supermarket chain has sparked controversy with Halloween costumes including an “Israeli soldier for kids” and “sheikh Fagin nose”.

…[R]eviewers were quick to voice their disapproval. “Might as well sell a Hitler outfit for children as well!” wrote one commenter, who called the costume “utterly insensitive” and gave it one star.

It’s too bad I didn’t see this story before I came up with my costume for this year. IDF Women is a Facebook page that I follow, and it posts many great images that would have been the basis for a terrific costume in support of women who are true superheroes. 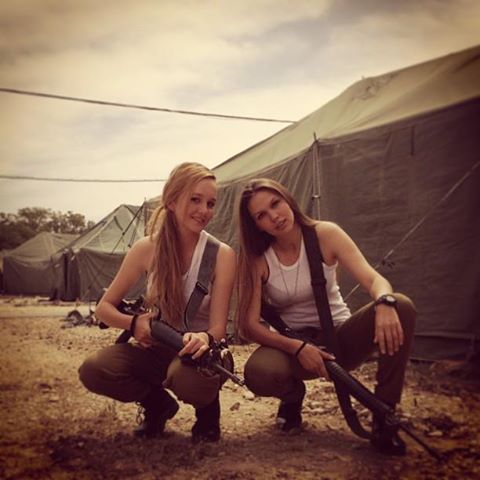 I co-hosted Canto Talk this Thursday, and the history of Halloween costumes and what they mean in relationship to the politics of the era was on the table. Give it a listen!

“Aucturian will be dressed as Carol Peletier. Trick and treat that bullshit into his neighborhood and see what happens.”

The SJWs are definitely out in force this Halloween. I stumbled upon a step-by-step for confronting your friends about offensive costumes. There has to be better ways for a SJW to waste their time, right?

I heard Shawn King and Rachel Dolezal are trick or treating as Black people.

With or without blackface? Snort. Giggle.