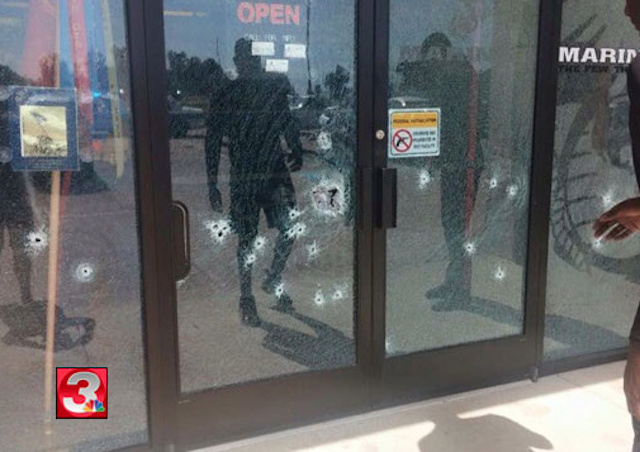 This week the Department of Justice created a new position aimed at coordinating investigations into the growth and threat of domestic terrorism. Current Assistant Attorney General John Carlin announced the move today during a speech focusing on the DOJ’s efforts to combat extremism at home.

At NSD [National Security Division], in order to ensure that we are gaining the benefits of the information and input from those eyes on the ground from around the country, and in recognition of a growing number of potential domestic terrorism matters around the United Sates, we have created a new position to assist with our important work in combatting domestic terrorism. Just this week, we appointed a new Domestic Terrorism Counsel to serve as our main point of contact for U.S. Attorneys working on domestic terrorism matters. The new DT Counsel will not only help ensure that DT cases are properly coordinated, but will also play a key role in our headquarters-level efforts to identify trends to help shape our strategy, and to analyze legal gaps or enhancements required to ensure we can combat these threats. The new counsel will also play an important role with the DTEC by providing its members with insights from cases and trends from around the country.

This isn’t unexpected. The Obama Administration has been rustling around in their concern over domestic terrorism all year; high profile shootings in Chattanooga, Charleston, and elsewhere have made the Administration’s job a lot easier in this regard. These threats, coupled with the increasing number of Americans attempting to travel abroad to join ISIS, have fanned the flames and helped officials justify the creation of this new effort.

Carlin didn’t specify who would be tapped to fill the new role, but he did speak at length about what the DOJ hopes to focus on. Specifically, homegrown terrorism—and specifically white supremacy:

“We recognize that, over the past few years, more people have died in this country in attacks by domestic extremists than in attacks associated with international terrorist groups,” Carlin said

“Among domestic extremist movements active in the United States, white supremacists are the most violent. The Charleston shooter, who had a manifesto laying out a racist world-view, is just one example,” Carlin said, before also noting killings by white supremacists in Kansas and Wisconsin.

While he spoke about the threat posed by the Islamic State terror group, he emphasized that law enforcement is focused on racist and anti-government ideologies, and that such ideologies may pose a more serious threat than ISIS.

This is an interesting aside, considering a recent Congressional report revealed that ISIS attack plots doubled in 2015. Islamic extremism may not be the country’s most immediate threat—at least in terms of numbers—but I would argue that it’s unwise to push those concerns off to the side, even if he’s just doing it to tout the DOJ’s new program.

I’m not ready to pass full judgment on this program—we’re still learning about it, after all—but I will say it sounds like the echo of an awfully familiar drumbeat. Extremism in all forms is a worthy target for DOJ investigators, but I don’t think I’m alone in wondering just how far the Administration will go in using this program to push hot button policy initiatives like gun control, at the expense of civil and constitutional liberties.

Extremism…. like the idea that the government should follow The Constitution? This has the potential to end very badly.

One man’s terrorist is the next man’s Constitutionalist. This is the exact reason our founding fathers gave us the 2nd Amendment and why I will NEVER give up on MY Bill of Rights.

You are way too generous in your assessment.

and focus in on the single attack by a nut endorsed by no one, applauded by no one, who has inspired no one, has occurred the first time in 3 decades of similar events.

Especially when Hillary comes out in a debate lumping Republicans in with Iranians as her enemies. Especially when the IRS and EPA are all but openly attacking conservatives.

It’s not paranoia when its real.

Hey, he mentioned three cases of killing by white supremacist. Are you seeing a trend?

3? I see reference to one. I’m aware of an attempt 5-10 years back thwarted in Spokane (see paragraph below). I’m not aware of any others. Meanwhile I run out of fingers and toes counting the other references I noted in the past year.

The white supremists as I am aware are largely a prison gang phenom than anything else- and so far as society at large is concerned less of a threat than any other gangs or “informal groups” massing in prison.

One of obamas not-yet-realized goals is to foment a serious, violent, outbreak from a group of “right-wing-extremists,” aka “republican extremists who have taken over that once-respected party.” He has only 15 more months to incite this, and he is getting antsy about it.

Many feel he wants to incite things so he can go to martial law and stay in power. Those people are called nuts by others. They might be. What bothers me about it is that we have an administration that has spawned such opinions. The behavior of a president and his administration should never prompt even the most detached people to think such things.

Extremism in all forms is a worthy target for DOJ investigators

Worthy targets for DOJ are terrorists and other criminals. “Extremists” are not.

I believe the process is called ‘othering’. Before you (literally) destroy your opponent, you have to move him into a class that is not worthy of rights. Then all is fair game. Since it’s easier to condemn groups than individuals, the first step is defining classes – rich, Jew, gun toting extremist, etc, which are deemed anti-social. By condemning the group and you have condemned all the members. Since they are no longer fit to live in your society, they must be removed.The NAZIs always described the Jews et al as ‘subhuman’. First came the laws to protect the rest of society. Then the laws to separate them from society. Then the camps to remove them (permanently) from society. We already are seeing this process in action. Calls by the left to fine and imprison those who speak against climate change are applauded, not condemned. Free speech doesn’t apply to those outside the ruling class.
Tocqueville wrote that no democracy can survive a protracted war because security will be used as an excuse to destroy freedom. The Patriot Act is a case in point, and this charade by DOJ is the latest attempt to extend it. Our gov’t is no longer fighting a war against our nation’s external enemies, but is eager to fight a war against this administration’s internal enemies. They won’t bomb ISIS, but the NRA headquarters building may not be so lucky.

Seriously, you should consider teaching this stuff. Most of our side is still using a certain old piece of paper as a shield and a Linus blankie, against serious physical threats.

And leftists in general (and the Obama Administration in particular) are more than happy to drive wedges in between various conservative factions. They have successfully convinced the GOP establishment that the TEA Party is their enemy, that pro-life and pro-family Christians are a hindrance, that small-government (small-‘l’) libertarians are delusional, and that gun owners are extremists.

Now the GOP is so busy “othering” conservative groups that should be their allies that one semi-literate President is able to neatly overrule and outmaneuver an entire Congressional majority.

And now the leftist-controlled DOJ is gearing up to make it a “bipartisan” “othering”, which roughly translates to “politically correct” and “acceptable”.

Recalling the first wave of Obama hirings into DOJ’s Civil Rights division, it’s almost certain that anyone hired into the new DT division would be a far-left activist who’d ignore pretty much all exploits and conspiracies by anyone who couldn’t be pigeonholed as rightist and whitey.

Would “Fast & Furious” qualify as “extremist?”

Only if Republicans were responsible.

Have a chat with your blog boss, the Prof, about the SPLC.

Never thought I would ever see a writer on this blog make so many left turns over a cliff.

It seems obvious that this is a classic illusionist technique of misdirection. Focus on a non-threat to conceal in plain sight the real threat of importing Moo-slime poison.

If they’re looking for “domestic extremists”, they can start with SPLC.

When are they going after Bill Ayers? He neatly fits the target they claim to be after.

Ahh, I wonder who will be the Director of this new KGB….I mean DOJ office.

And today we learned – on a legal blog – that extremism is illegal and worthy of Justice Dept investigation.

It is not the DOJ’s focus – it is Obama/Jarretts’.

I’m certain Bill Ayers is high up on the list…huh?