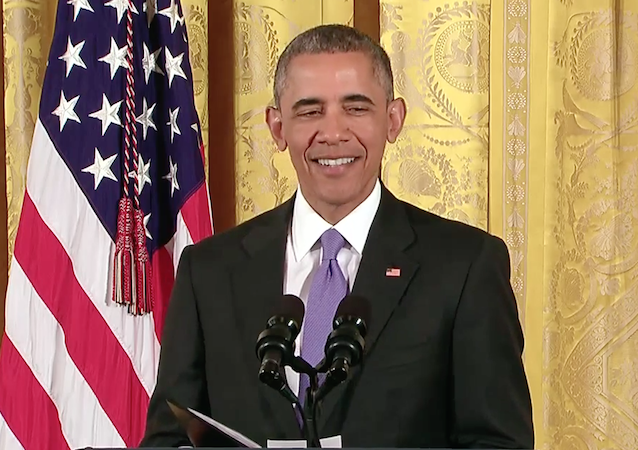 Kentucky’s nonprofit health insurer cooperative established under Obamacare announced it will be shutting down due to financial troubles. As a result, 51,000 individuals will lose their health insurance plans at the end of the year.

It turns out, not everyone enrolled in health insurance plans through state-level co-ops pay their premiums. Gee, it’s almost like Republicans predicted this might be an issue.

The fifth such co-op to close, the remaining 18 are all on equally unstable footing. 21 of the 23 co-ops were losing money at the end of 2014, and 11 have received warning letters.

Kentucky Health Cooperative, a nonprofit insurer known as a co-op, explained that it could not stay financially afloat after learning of a low payment from an ObamaCare program called “risk corridors.”

That program was intended to protect insurers from heavy losses in the early years of the health law by taking money from better-performing insurers and giving it to worse-performing ones.

…However, the Obama administration announced on Oct. 1 that the program would pay out far less than requested, because the payments coming in were not enough to match what insurers requested to be paid. Therefore, insurers only will receive 12.6 percent of the $2.87 billion they requested.

“It is with sadness that we announce this decision,” the insurer’s CEO, Glenn Jennings, said in a statement. “This very difficult choice was made after much deliberation. If there were a way to avoid it and simultaneously do right by the members, providers and all others that we serve, we would do so.”

The Department of Health and Human Services says that it recognizes that the low payments to insurers could have raised financial concerns for some insurers, and that as start-ups, not all co-ops would succeed.

…Twenty-one of 23 co-ops nationwide were losing money as of Dec. 31, the HHS inspector general report found in July. Furthermore, enrollment was falling below projections for 13 of the 23 plans.

The Kentucky co-op closure announcement comes only a few weeks after the nations largest co-op in New York announced it would be shutting down.

The Wall Street Journal covered the Kentucky debacle in greater depth and attributed the lack of federal funding to state level co-ops to the efforts of Congressional Republicans who through budget negotiations, were able to curb the administration’s $10 billion bailout bid.

“By liberal and media acclamation, ObamaCare is a glorious success, the political opposition is fading and the entitlement state has gained another permanent annex. The reality, for anyone who cares to look, is different and suggests that ObamaCare is far more vulnerable than this conventional wisdom. . . .

Markets have also been disrupted by a cascade of failures among the ObamaCare co-ops that were intended as a liberal insurance utopia. These plans were seeded with billions of dollars in federal start-up loans and were supposed to work like the credit unions or the electric collectives of the Depression era. No profits were allowed, advertising to introduce new products was restricted and industry executives were barred from management. As it turns out, attempting to outlaw expertise and incentives tends not to produce good results.

The implicit Fannie Med-type taxpayer backstop let the co-ops gamble on undercutting their competitors to steal market share, pricing premiums well below cost. They figured that any mistakes could be papered over with a bailout from Uncle Sugar.

Among the 23 co-ops chartered for 2013, four have already gone insolvent in Louisiana, Nevada, Iowa and New York. Another 11 have received warning letters from the feds putting them on ‘enhanced oversight’ financial probation until their balance sheets improve. More are likely to fold in the coming months.

…The Kentucky Health Cooperative, the second largest U.S. co-op, is also insolvent and being wound down at year’s end. The plan scooped up three of four enrollees on the Kentucky exchange by running a premium-to-expense ratio of 158% in 2014—that is, for every $1 in premiums it collected it incurred a 58-cent loss. That’s $146.5 million down the tubes.

The federal rescue helicopters never arrived because Republicans in Congress defeated the White House in budget negotiations and thus reduced spending on the co-op program to $2.4 billion from $10 billion. The bailout dollars simply weren’t there. Making incremental progress is less satisfying than demanding ‘repeal,’ but it does show how Republican reformers can successfully chip away at ObamaCare, plank by plank, as its dysfunctions continue to compound.”

Democratic Presidential frontrunner Hillary Clinton has said she would keep Obamacare with few modifications, though there’s much speculation her proposed changes to President Obama’s signature law would cause health care costs to rise even further.

Maybe we should end the apparent prohibition on Democrats learning anything about economics.

Or maybe they are just uneducable.

“…supposed to work like the credit unions or the electric collectives of the Depression era.”

Because as we all know, the business models for electric co-ops and credit unions are identical to health care insurance, right? /snark

“The implicit Fannie Med-type taxpayer backstop let the co-ops gamble on undercutting their competitors to steal market share, pricing premiums well below cost. They figured that any mistakes could be papered over with a bailout from Uncle Sugar.”

Um, that behavior is not a ‘Mistake.’ It’s criminal fraud, forced on the taxpayers by (D) politicians who wanted to under-report the actual cost of their socialist dream.

Don’t let it do that to you. Keep it, or take it back.

Or, is this all according to plan?

“Co-ops failed. Well, we tried it your way Republicans, using a market based approach and it failed. I guess the only solution is Single-Payer.”

Who will be the first elected Democrat to propose this? The LIV will readily believe that the Co-op process was a demand by the Republicans regardless of the facts.

I agree. Considering the progressive’s desire for single payer, bankrupting insurance companies would be a way to get there.

OTOH: the economic illiteracy of the left in this country could also be the excuse. They don’t understand that businesses can’t hemorrhage cash like the federal government does.

Who will be the first elected Democrat to propose this?