You can’t even keep your new plan. 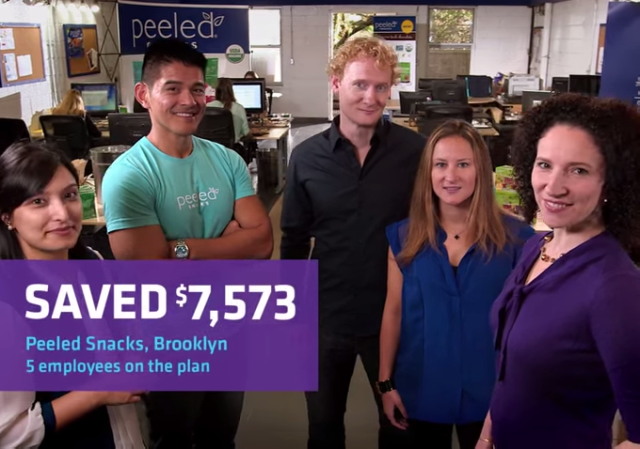 The financial benefits and savings touted by Obama and his allies on the road to Obamacare’s passage are still failing to live up to their promise.

In fact, the largest non-profit co-op created under the law is about to fold.

Regulators to Shut Down Health Republic Insurance of New York

Regulators will shut down Health Republic Insurance of New York, the largest of the nonprofit cooperatives created under the Affordable Care Act, in the latest sign of the financial pressures facing many insurers that participated in the law’s new marketplaces.

The insurer lost about $52.7 million in the first six months of this year, on top of a $77.5 million loss in 2014, according to regulatory filings. The move to wind down its operations was made jointly by officials from the federal Centers for Medicare & Medicaid Services; New York’s state insurance exchange, known as New York State of Health; and the New York State Department of Financial Services.

In a statement, Health Republic said it was “deeply disappointed” by the outcome, and pointed to “challenges placed on us by the structure of the CO-OP program.”

Health Republic has about 215,000 members, with about half holding individual plans and half under small-business coverage, a spokesman for the insurer said.

The regulators said they chose to take action before the exchange’s November open enrollment period, when individuals can choose coverage with a new insurer.

This is by no means an isolated incident:

The shuttering of Health Republic, at least the fourth to falter among the ACA’s original 23 co-ops around the country, reflects the losses many insurers are seeing in their business related to the health law’s exchanges, which are particularly acute for small plans without deep pockets or diversified lines of business.

Here’s a TV commercial released by Health Republic Insurance of New York in November of 2014 which highlights all the savings enjoyed by companies that joined. Companies which will now have to find new plans.

Remember when we were told Obamacare would save money for middle class families?

Healthcare premiums up $4865 since Obama promised to cut them $2500

However, you really have to give credit to the White House. They’ve discovered more ways to spin than carnival ride designers. After this fact was revealed, (according to the annual Kaiser Family Foundation report), the White House said it was actually great news because it meant premium costs were rising more slowly than before.

But President Obama did NOT say, hey guys this is a great plan because your premiums will go up not quite as fast. That’s not a particularly compelling promise.

Do you recall when we were told that everyone would be covered? Well, guess what…

Nearly 9 million people gained insurance last year, a win for “Obamacare” as the president’s signature health care law expanded Medicaid and opened health insurance exchanges. And yet, 33 million Americans, 10.4 percent of the U.S. population, still went without health insurance for the entirety of 2014.

Millions more were uninsured for at least part of the year.1 New data released this month shows they were disproportionately poor, black and Hispanic; 4.5 million of them were children.

Keep all of this in mind the next time a Democrat or one of their media allies says the Affordable Care Act is working. If this is success, I’d hate to see what failure looks like.

Isn’t time for someone on the Left to call the American people “stupid” again? Where’s the Obamikaze architect Jonathon Gruber when you need him?

“Peligroso” Pelosi, now that we have found out what’s in your ACA-the deceitful “Affordable Care Act”-we see that it has ‘evolved’ into the Atrocious Coercion Act with the help of SCOTUS.

The lie we were told,well one of many lies that “everyone” would be covered! Peaches and cream, feel good nothings whispered into my ear. And the middle class family will save $2000 a year? How wonderful! The self destruction of Obamacare has started all that remains to see is how many people will be hurt by this and how many BILLIONS of dollars will be wasted!

The Obama administration is a POX on our nation!

That “9 million more covered” is the Administration’s line. And it’s not “33 million Americans don’t have health coverage”. The number is much higher than that. “33 million” only counts Americans who don’t have coverage and never have.

Still unreported are the millions of Americans who had coverage and lost it due to the ACA (“If you like your plan, you can keep your plan”). They don’t count, or if they do, they count separately.

ObamaCare tried to cover everybody for everything – instead of trying to give everybody basic coverage. For that reason it was doomed to fail.

The Federal government had no business…and no right…to “give” anybody anything respecting their health “insurance”.

The government had even less right to take away the sensible policies that people were already paying for, and then tell them that the more expensive, less sensible policies with narrower networks that they’re now compelled to buy are actually an upgrade and we should be grateful to the Democrats for giving us the “opportunity” to get a “better” policy.

Your logic is based on the preposterous assumption that you know better how to take care of yourself and your family than does a bureaucrat in Washington DC. FORWARD!!!

The first President I can remember, was Dwight D. Eisenhower.

The first President I hope to forget, is Barack Obama.

Why did anyone think the government running healthcare would be any better?

When you double the cost people pay for insurance an 8% increase per year automatically becomes a 4%.

Oops. This should be easier to understand:

So when you double the cost of health insurance it automatically lowers the growth rate from 8% to 4%.

The same raw numerical increase represents a smaller rate of increase, when the base is larger. The relative scale makes a huge difference.

I got you the first time. 🙂

The 75 month long Obama “recover summer” has also undoubtedly put a damper on the growth of medical costs.

“I voted for Obama, where’s my free stuff?”

Who says obamacare isn’t working the way it’s supposed to is wrong.
We’re well on our way to having the American people demand single payer.
So as far as the lunatic left is concerned it’s doing the job. More complicated and more expensive and people will be looking to the gov to help…so single payer will be our savior.
Also read where BC/BS in Texas is having some problems with losses and they’re cancelling about 400k insured.

Donald J. Trump thinks Obamacare is such a complete disaster that he wants to repeal it and replace it with, well, Obamacare.

“What’s your plan for Obamacare?” Pelley asked Trump. “Obamacare’s going to be repealed and replaced,” said Trump. “Obamacare is a disaster if you look at what’s going on with premiums where they’re up 40, 50, 55 percent.” Pelley followed up:

Pelley: How do you fix it?

Trump: There’s many different ways, by the way. Everybody’s got to be covered. This is an un-Republican thing for me to say because a lot of times they say, “No, no, the lower 25 percent that can’t afford private. But–”

Pelley: The uninsured person is going to be taken care of. How? How?

Trump: They’re going to be taken care of. I would make a deal with existing hospitals to take care of people. And, you know what, if this is probably—

Pelley: Make a deal? Who pays for it?