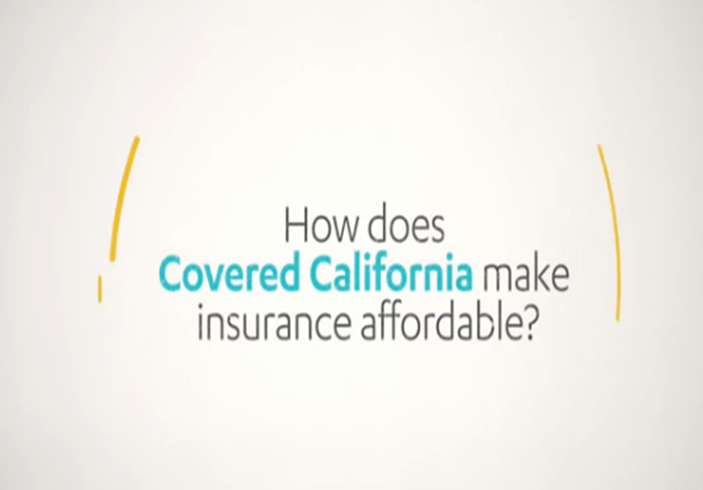 The closure of the largest of the nonprofit Obamacare cooperatives is another sign that the Affordable Care Act is the single best oxymoron ever created by politicians.

I should be experiencing some amount of schadenfreude, as the fight against Obamacare was one of the major action items of my local Tea Party group in its original year. That it has been a galactic scale fiscal disaster comes as no surprise to any of us who took the time to review the law and think seriously about its implications.

But there is no joy in the Golden State for me. As my husband, Ben, is now enjoying another round of FUNemployment under the “robust” Obama economy, we have been forced to find to new healthcare insurance.

Covered California has been hailed as the most successful of the state exchanges. So, with great optimism, Ben completed the online application.

“I wouldn’t call it user-friendly,” he reports. “It wasn’t the worst website, but it wasn’t the best. It was alright, but I did the application in chunks.” Ben spent the better portion of a week weighing the family’s healthcare insurance options.

Taxpayers were slated to pay $108 million this fiscal year for the state exchange and its “OK” website. The program was suppose to be self-sustaining by January 2015. It missed that milestone by light years.

Once Ben applied, he discovered that the income to qualify for a subsidy was lower than our current annual earnings. In 2011, when Ben was also looking for work, we were able to obtain a catastrophic care plan for about $350/month, which had reasonable deductibles and copays for the type of medical coverage we selected. Now, a nearly equivalent “bronze plan” costs $950/month.

Obamacare has increased the cost of my family’s healthcare insurance by over 270%.

One success that Covered California touted was its vast number of enrollees. However, it turns out many people started to enroll but either didn’t complete the process or didn’t pay up.

I guess that we may be considered “enrolled” at this point, despite the fact that Ben is opting to go directly to the insurer to actually sign-up and pay the premiums. My husband wisely decided not to place an extra layer of bureaucrats between us and our insurer.

Covered California is only useful if you need subsidies. An unemployed father and a mother who is working two part-time jobs doesn’t qualify for any government help.

We are just another Covered California success story!

One item of good news is that a Democratic assemblyman dropped his effort to allow people who are in the country illegally to buy private insurance through California’s health insurance marketplace. On the other hand, scaring them with the cost might be a way to inspire their return to their countries of origin.

A second news to note is that there is now a health care price comparison tool that is allowing people to shop for procedures state-wide. Californians are discovering a shocking disparity between what Northern and Southern Californians pay for specific procedures.

Take, for instance, common procedures like a cesarean section or a total knee replacement. The total average price tag for a typical C-section in the four-county Sacramento area is $28,828; in east Los Angeles County, it’s $17,567, according to a health care comparison tool unveiled last week by state officials and Consumer Reports magazine.

Well, since we can’t cross state lines to buy insurance, at least we can cross county lines to get medical treatment…at least for now.

Obamacare is a super massive black hole draining this country of wealth and choice. Our “Affordable Health Care” will end up costing some good people in Maine.

The Maine vacation we were once planning has now become unaffordable, thanks to the “Affordable Care Act.”

Perhaps the President can now take out his pen and create the “Affordable Vacation Act”?

Leslie, you should have followed my advice.

DON’T COMPLY. At ALL. EVER.

If it was just me: Maybe. When it’s my family: I will follow the law. I have the consolation of knowing I tried to fight this…many people are now being surprised that what they thought they were getting is not what they are actually getting.

I think you have a poor understanding of what “law” is. It might be in your family’s best interest to not overtly defy the protection racket that’s robbing you, but bowing down to it by calling it the “law” is just silly. They’re robbing you under threats of violence to you and your family. That has nothing to do with “law”.

Neither affordable nor available. They still have the State-established pro-choice cult to do Planning in order to reduce the undesirable problem set.

Obamacare is nothing but a massive power-grabbing SCAM.

Id did absolutely nothing to improve healthcare for the 280 million responsible Americans that had insurance before. Quite the opposite: those 280 million were severely punished in order to benefit a meek 10 million, of which many could afford to buy insurance, but chose not to.

Perhaps the President can now take out his pen and create the “Affordable Vacation Act”?

That would be the end of domestic tourism! Did you learn nothing? 😉

“Obamacare has increased the cost of my family’s healthcare insurance by over 270%.”

Well, how else can socialists pay for the freebies they promised others?

My son is in a similar situation. Obamacare nullified the plan he had and he couldn’t join his wife’s family plan from her employer, so he had no choice but Obamacare. He has a bronze plan, catastrophic, at $480/month premium with a $5,500 deductible. That is highway robbery. He said to replace his original plan, deemed insufficient by Obamacare rules, it would cost over $1,000/month for 80/20 and $1,000 deductible.

My insurance is $900 a month with a 4K deductible for two healthy non-tobacco using adults. 15 years ago, that was a little less than my mortgage payment and at least I have a fully paid for house to show for that.

Anyone know why the free states can’t establish their own insurance marketplaces for their citizens and free of ObamaCare regulations?