A bill so bad even some Democrats are speeding away from it! 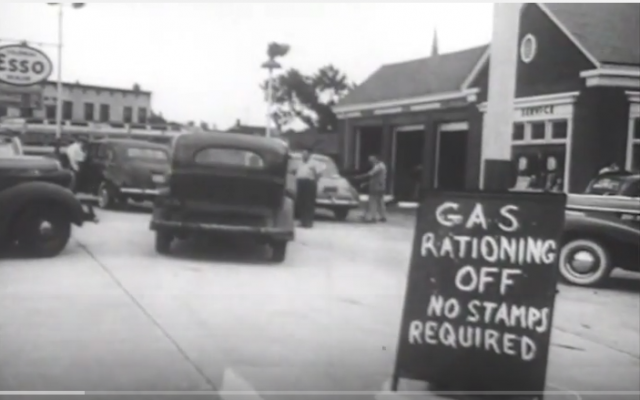 Apparently, there is no economy-crushing law the state of California won’t consider.

The latest in legislative insanity comes from Senate President Pro Tempore Kevin de Leon, and is entitled Clean Energy and Pollution Reduction Act of 2015 (SB 350). Ultimately, should it pass, it will give one of the most aggressive state agencies in the nation the power to impose “fees” and ration gas.

To meet the mandate, the state air resources board will be able to ration gas, place mobility restrictions on state residents, place surcharges on family mini-vans, trucks and SUVs, and even monitor individuals’ fuel consumption records.

You have to wonder how these mandates and restrictions will affect not only the state’s economy but its people.

…Californians need to know and act to protect themselves from the devastating effects of this bill on their lives.

The California Air Resources Board [CARB], an unelected group of bureaucrats, will be given full authority to meet the restriction mandate in any way its members see fit with no oversight permitted by our elected representatives.

This is on top of the CARB’s efforts to force 100% of cars on California’s road to run on something other than gasoline:

California drivers will have to change their car-buying behavior by quite a bit between 2025 and 2030 if California Air Resources Board (CARB) chief Mary Nichols gets her say. Nichols wants to make emissions-spewing vehicles almost completely off of the Golden State’s roads in 15 years, Bloomberg News says in a feature on Nichols. In 2025, the state is looking for “just” 22 percent of its new cars to be battery-electric, plug-in hybrid or hydrogen fuel cell. Five years later? Around 100 percent. That’s a pretty dramatic change of habit in five years.

So far, the only result of CARB’s emission demands is the production of “compliance” vehicles like the Fiat 500e and Honda Fit EV, reluctantly produced and even more reluctantly purchased. Should the California legislature pass SB 350, there is little likelihood it will achieve anything but even more harm to the state’s economy.

In fact, it is being so poorly received, even Democrats are coming out against it:

…The bill is expected to have a more difficult time in the Assembly than in the Senate, where it passed the Senate with the support of all but two Democrats: Sen. Cathleen Galgiani of Stockton and Sen. Richard Roth of Riverside. The Assembly contains more moderate Democrats who have historically been friendly to the oil industry, which has launched a television ad dubbing the bill the “gas restriction act of 2015.”

The ads target a select group of lawmakers and are running on web sites in their respective districts, said Beth Miller, a spokeswoman for the industry group called California Drivers Alliance.

“It is a method of communicating to legislators about an issue we think is of concern to their constituents,” Miller said.

Sen. de León emphasized that fossil fuels were not going away. Nor, he said, would everyone need to immediately buy an electric car or hybrid. (In his official capacity, de León is chauffeured in a Chevrolet Suburban. For personal use, he leases a Chevrolet Impala and said he aspires to a hybrid.) Establishing targets, he said, is vital to encouraging California down the path toward clean energy, but the policy would not result in banning or rationing gasoline.

Our former gun-running senator, Leland Yee, may need the company.

This will not be able to affect the climate more than a rounding error, accoridng to anybody’s calculations, but at least nobody will be able to blame California for droughts and floods and hurricanes.

“It’s for the environment!”

“It’s for the children!”

“It’s for the uninsured!”

All lies. The true bottom line is CONTROL~

I also suggest getting out of Kuhlifornia.

While they are building a fence on the US/Mexico border, they should extend that fence north along the state border along the Sierra Nevada Mountains.

Maybe they can lower the wind turbines and bunch them up and stagger them so it’s a dodge ball type of situation. Or, maybe do a solar panel farm which would fry anyone coming over the boarder.

I am kidding, really.. but it seems like it will be “clown cars for thee, but not for me” situation….

Just think if the government had to comply with the truth driving disclosures that banks live with.

Where is The Big One when you need it?

California has the government it deserves. Build a fence around it. I don’t want these people escaping.

“Thirty-magazine clip in half a second” Kevin de Leon?

Oh my gosh, somehow I missed that when it first came out. That’s spectacular! Hahahaha!

Establishing targets, he said, is vital to encouraging California down the path toward clean energy, but the policy would not result in banning or rationing gasoline.

No, it “would not result in banning or rationing gasoline”. It just creates and authorizes the bureaucracy to do just that. They’d never actually use that power, right?

If serious rationing takes effect, the only way to get out of California will be to swim or walk. Maybe a Mexican with a pedicab?

There’s still electric… because running your car off electricity from coal-fired power plants is still okay. Coal-powered cars obviously being cleaner than gas-powered cars. Or something.

But but but, didn’t Ozero say that he will be closing down those global warming coal fired power plants, because they were a major source of carbon pollution? Can someone tell me where there is carbon in steam? Oh that is right, the left wants us to go back to using horses and carriages. One question: Who the hell is going to clean up the byproducts of those horses?

Why doesn’t California quit all the pretenses and make the final leap – tax air and sunshine.

That is next on the agenda.

Our infinitely wise legislature is waiting for New York to do it first.

What are you quoting? You provide no link to your source.

To meet the mandate, the state air resources board will be able to ration gas, place mobility restrictions on state residents, place surcharges on family mini-vans, trucks and SUVs, and even monitor individuals’ fuel consumption records.

It’s a long bill, so I only skimmed it, but could not find language authorizing any of these things. Please point to this language, if you claim it exists. In particular, “placing mobility restrictions on state residents” seems plainly unconstitutional, and I doubt there is any such authority in the bill. If you think it’s there, please point to it.

I have a link to the analysis that you may have missed.

You do now. It wasn’t there before.

I still don’t see any language in the bill that would authorize any of the things Ms Plowman claims. If anyone can find such language, please point it out, but I think it more likely that Ms Plowman is lying.

I hope they pass it and then implement it. I love watching he liberals of California destroy themselves and their economy. It becomes an object lesson for the rest of us.