“I owe my Republican sources an apology.” 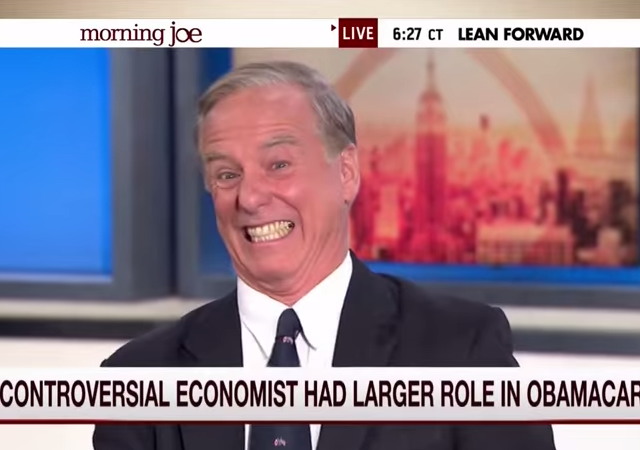 Back in the fall of 2014, when the news of Grubergate broke, Obama claimed that Jonathan Gruber was just some advisor who never worked on his staff.

You don’t have to take my word for it. Here’s a video of Obama responding to a direct question on the subject from Ed Henry of FOX News:

You might be shocked to learn that our president wasn’t being entirely truthful.

Jonathan Gruber, the Massachusetts Institute of Technology economist whose comments about the health-care law touched off a political furor, worked more closely than previously known with the White House and top federal officials to shape the law, previously unreleased emails show.

The emails, provided by the House Oversight Committee to The Wall Street Journal, cover messages Mr. Gruber sent from January 2009 through March 2010. Committee staffers said they worked with MIT to obtain the 20,000 pages of emails…

The emails show frequent consultations between Mr. Gruber and top Obama administration staffers and advisers in the White House and the Department of Health and Human Services on the Affordable Care Act. They show he informed HHS about interviews with reporters and discussions with lawmakers, and he consulted with HHS about how to publicly describe his role.

The panel on MSNBC’s Morning Joe discussed the topic yesterday morning and it was a laugh riot.

“I owe my Republican sources an apology, because they kept telling me he was hugely involved and the White House played it down,” author Mark Halperin said. “They were right. The Republicans were right … I think the [White House] was not fully forthcoming.”

“I would say they were not fully forthcoming,” Ford said, echoing the others’ remarks to laughter around the table.

For those of you playing at home, “not fully forthcoming” is a euphemism for lying.

Next thing you know, they’re going to tell me I can’t keep my healthcare plan.

You might be shocked to learn that our president wasn’t being entirely truthful.

Just like I’m totally shocked when the sun rises in the east.

What we’re left with is a situation where we have to ask, “Was there anything about ObamaDoggle that we were told that was true?”.

I’m open to answers, but I damn sure don’t see any.

Ergo, the entire monstrosity (or so much of it that it just doesn’t matter) was a titanic fraud by the Collective against the American people.

Everyone knows it now. Everyone.

I, for one, don’t find anything about it “funny”, and I won’t capitulate.

Remember when Obama and corporate welfare king, Jeff Imelt were caught laughing about shovel ready jobs – as if that wasn’t heart breaking too.

What I would find FUNNY, is to see every damned one of these clowns, every person associated to this mis-administration, every dirty IRS employee, etc, brought before a guillotine, set up by the reflecting pool for all to see.

THEN I’d be laughing…

The EVIL played out against my country is NOT FUNNY, and it’s time to rectify the problems.

It might be a good idea to remember that, in the United States, the old “heads will roll” type phrase means that people will be fired or put out of public office. There are places in the rest of the world where it means people will be killed. It is best to be clear, because foreigners do read this blog.

“The tree of liberty must be refreshed from time to time with the blood of patriots and tyrants.”

I bet the DOJ reads this blog, too. Subpoenas could already be on the way demanding to know the identities of Clinger and DaveGinOly. You did read all about the DOJ going after Reason magazine, didn’t you?

Remember, Bill Ayers was “a guy who lives in my neighborhood”?

Thanks for the link Hepcat. In the last week or so I ran across a photo of Obama and Ayers basically sitting in each other’s laps – they were so close….

Found it. It appears to be some Communist, er…Community…grand inquisition…

Pic is from a Nov. 25, 1997 copy of the University of Chicago’s “Chicago Maroon”, when they were serving on a juvenile justice panel together. Breitbart uncovered it in 2012. Above the photo, “Super Predator?”, perhaps apropos for them, but in the context they were discussing juvenile predators.

We must remind those Leftist miscreants that statement is the same as saying “Michael Jackson is just another pop singer in your child’s bedroom!”

So, the old standby, they misspoke, is no longer operative?

It would be easier to list what Obama hasn’t lied about.

Is the Wall Street Journal reporter surprised to find this out?