Win An Afternoon of Shooting With Ted

Win An Afternoon of Shooting With Ted 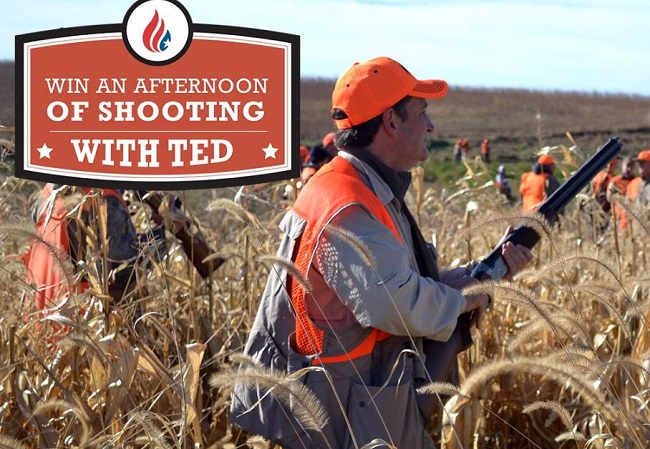 As campaigns work to amass the money they need to be successful, they often try a range of tactics from contests to raffles.  A certain campaign has even been known to discount, deeply, their $5 raffle tickets when they weren’t selling.  I think, though, that we have a winner:

Join me in Texas for an afternoon of shooting! Donate $25 or more here for your chance to win: http://t.co/E2ikqzLILN pic.twitter.com/22YbbpQf52

An afternoon of shooting with Ted Cruz in Texas? Way better than a thousand dollar copy of the Constitution signed by Rand Paul.

Gee whiz, it’s not right to diss Paul like that! He’ll come up with some other things!!!

The age of social media. Contests to entice support for a candidate whose stand on the issues ought to generate support enough.

It’s a fundraiser. Politicians have been holding fundraisers since Year Dot.

At least he known how to hold a shotgun “at the ready”. More than I can say for a lot of these political yahoos.

A Donation that is Bang On Perfect! 😎

Dang. I thought it was Ted Nugent at first. Why didn’t Dick Cheney ever do something like this?

Do you really want a mouth full of lead?

Hey! That one’s not fair. By most of the accounts, it appears that Harry Whittington was standing somewhere he wasn’t supposed to be at the time he was shot.

Dick Cheney didn’t do a fundraiser like this because he was Dick Cheney. He never wanted to be at the top of the ticket or to be President himself. He was more than happy to have the power and influence of VP and be delegated certain areas of responsibility by Bush, and only “campaigned” sufficiently for Bush to be reelected.

Ted Cruz and Ted Nugent on one ticket? Yes, please!!!

Besides, three on a ticket is bad luck.

Does LI intend to post information like this on fundraisers for other contenders, or are you taking a formal position already?

So far there are only two declared candidates: Ted Cruz and Rand Paul. Both are addressed in this post.

I may write about other fundraisers for these and future candidates if the mood strikes me, if they are as interesting / imaginative, and if I feel like it. Then again, I may not. Someone else here at LI may. Or may not.

What about Scott Walker? Hasn’t he announced?

Neither Walker nor Jeb Bush have “officially” announced. Odd as it may seem given all of the attention they get in cyberspace.

Who would want to go shooting with Wendy?

Can I bring my BB gun? I won’t shoot my eye out.

Or, wait… if I send in my donation and win then I’ll just have to go to Gander Mountain and buy myself a shotgun and shells. OK. And camo too. And Chuck Norris, too. And,…some hunting boots and…

As Vice President I would encourage all kids to go to camp and learn archery and riflery and horseback riding just as I did as a kid. Popsicle stick projects just didn’t do it for me and the glue made me sick when I ate it.

Before I cut the check, will there be any RPGs? They’re GREAT for bear hunting.