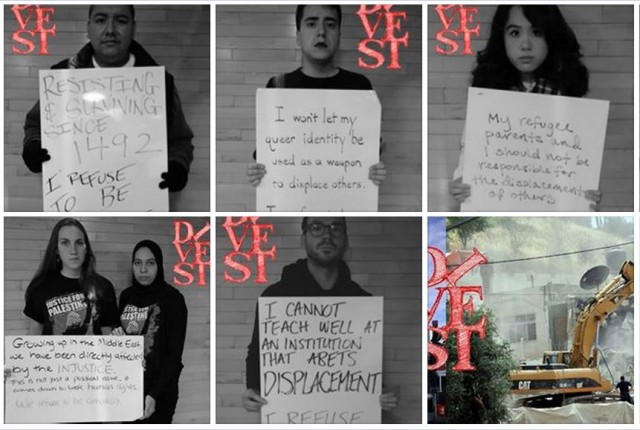 I will give the anti-Israel Boycott, Divestment and Sanctions (BDS) movement credit for one thing: It is highly adaptive.

The run-of-the mill anti-Israel divestment pushes on college campuses have had only mild success. Most often the attempt to get student government to endorse a boycott of companies doing business in Israel has failed, but there have been some successes, particularly in the U. California system.

There have been some high profile losses for BDS on campus, most recently at U. Michigan, where even a watered-down resolution to create a committee to study divesting from Israel was voted down (after last year’s divestment resolution failed).

By contrast, divestment from fossil fuels is gaining some traction even at the administrative level, because there is more of a student and campus consensus.

It was only a matter of time that BDS tried to co-opt a larger issue to use against Israel. Some anti-Israel groups at the University of Pennsylvania seem to think they have found a broader theme: Divestment from companies causing “displacement” of people.

In early March, Penn students voted to pass a referendum for Penn to divest from the fossil fuel industry. Last week, a coalition of student groups announced their plans for a different divestment proposal, but this time it’s a bit more controversial.

Penn Divest from Displacement identified seven companies involved in “human rights abuses related to the displacement of peoples.” The companies listed are involved in such fields as the private prison industry, drone manufacturing and the weaponization of bulldozers used against Palestinian homes in the West Bank.

The final point is where much of the controversy begins. The Penn Divest for Displacement proposal has elements similar to the Boycott, Divestment and Sanctions movements, or BDS, which has sparked controversy across campuses nationwide.

This is obviously an anti-Israel ploy, and very instructive as to BDS tactics. While the Divest from Displacement website mentions other causes, it uses numerous specific examples related to Israel. 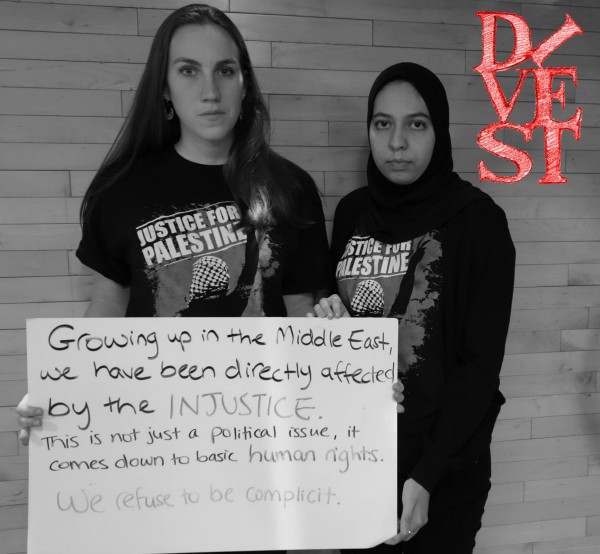 BDS frequently tries to co-opt and hijack other unrelated movements by inventing connections. It’s what they call “intersectionality.”

Thus, Israel has a security barrier and the U.S. has fencing along the Mexican border, so BDS advocates argue that Mexican-Americans are being mistreated just like the Palestinians. Similarly, false accusations about Israel training Ferguson police were used to create the Ferguson-to-Palestine movement, which brought anti-Israel activists into the #BlackLivesMatters protests which then were redirected against Israel.

“Intersectionality” is how BDS gets to the nearly insane Pinkwashing and similar Washing attacks on Israel — somehow convincing some LGBT activists that the worst thing is not their near-complete repression in the Arab world, but that Israel touts itself as gay-friendly.

So too, BDS now wants to hijack current concern about displaced persons resulting from the current collapse of the Middle East order in places like Iraq and Syria and turn it into an anti-Israel movement.

While there are other groups involved, there is little doubt what is motivating this.

Per the Pennsylvanian article, it looks like pro-Israel groups on campus are wise to the tactic:

In response to the movement, members of the Think Peace Coalition — a group of pro-Israel student leaders — have begun to vocalize their concerns about the proposal.

“[The] divestment resolution about global displacement blames Israel wholly for the current conflict,” College junior and President of [email protected] Daniela Jinich said. “The fact that four … companies specifically target divesting from Israel shows that this is not an unbiased divestment proposal of global displacement struggles … [it] takes a simplified stance on complicated and polarizing issues, ignoring valid narratives and pragmatic solutions, and thus promotes more separation in the Middle East and on our campus.”

In an odd way, I take the morphing of the BDS movement as a positive sign that its core anti-Israel pitch has failed, except in a few isolated instances.

But that doesn’t mean the movement no longer is dangerous, it’s just adapting to its hosts’ defenses.

Muslims are replacing Jews and Christians. No need to worry about that.

“I will give the anti-Israel Boycott, Divestment and Sanctions (BDS) movement credit for one thing: It is highly adaptive.”

So is the Flu.

I bet there’s some pretty serious “displacing” goin’ on AFTER Israel is forced to destroy Hamas strongholds and residences.

I kinda imagine that Hamas bigs will “displace” anyone with a desirable building with extreme prejudice.

Actually, displacement is part of liberals’ DRRAT policy: Displace, Replace, [over-]Regulate, Abort, and Tax. I think they are displacing their guilty conscience, again.

As for transgenders and transsexuals, including homosexual orientation and behavior, the trans-equality movement opposes principled tolerance in favor of selective (i.e. pro-choice) exclusion, supported by a “consensus” of psychiatrists, politicians, activists, etc.

Pro-choice or selective policies begin but do not end with elective abortion of millions of wholly innocent human lives and their unreconciled consequences will be left to our Posterity.

That said, the narrative was destroyed when they suggested remediation of “apartheid” or separation, implying the commission of mass murder to favor one native population over another, and one faction over another. Does Israel possess natural resources or represent a strategic value that the international Left covets?

“…this is not an unbiased divestment proposal of global displacement struggles … [it] takes a simplified stance on complicated and polarizing issues, ignoring valid narratives and pragmatic solutions, and thus promotes more separation in the Middle East and on our campus.”

Well are they prepared to litigate the saga of the American Indian? If so there’s going to be a whole lot of divestment going on.

I wonder if this group will keep a close eye on companies like Apple and Google to make sure their extensive overseas operations and contracted work never displaces any person. Not holding my breath, though.

Funny that there’s no mention of China:

Aren’t Christians being displaced in Gaza/West Bank/Egypt? Just look at the demographics over the last decade — they’re being hounded and harassed.

Perhaps we should organize an LGBT trip to Gaza to better understand their suffering, and perhaps we can share how difficult it is to be LGBT, and how similar the two sets of circumstances are.

It would be a heartwarming display of mutual empathy, respect and resolve.

Probably more the latter than the former.