More Drama for the Secret Service

More Drama for the Secret Service 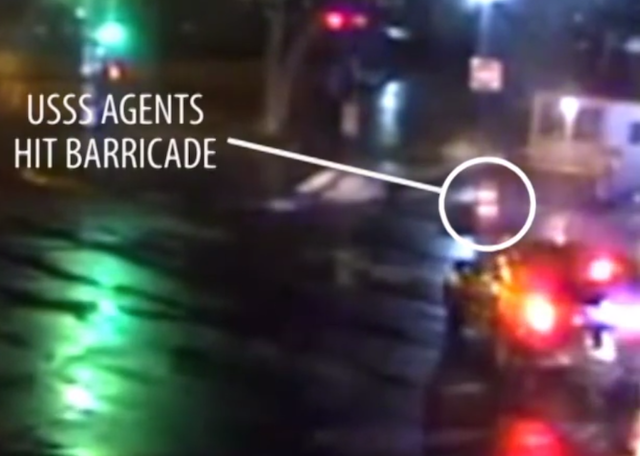 A member of the Uniformed Division of the Secret Service has been placed on administrative leave and had his security clearance suspended after being arrested Friday. The agent has been charged with misdemeanor destruction of property.

We don’t have any specifics yet, but according to U.S. Secret Service Spokesman Brian Leary, the Secret Service’s “Office of Professional Responsibility will investigate this matter.”

The fact that the Secret Service released this (lack of) information tells me one thing: they’re not taking any chances with the possibility that the media will try to pin another “transparency” scandal on the agency. Between the Colombian prostitutes, the resignations, the drunken romps through investigations (and onto the White House lawn via drone proxy), and the soft targeting of congressmen who are charged with maintaining transparency, it’s clear that the agency really can’t take any more heartache at the hands of its own people.

Oh, and don’t forget about all the sexual harassment:

A female employee accused Xavier Morales, a supervisor within the agency, of assault after he made sexual advances at her, according to The Washington Post.

“The woman told police and agency investigators that Morales, her boss, told her during the party at Capitol City Brewing Company that he was in love with her and would like to have sex with her,” and later tried to kiss her in the office, according to a report from The Washington Post.

During the incident, he “grabbed her arms when she resisted” and the two tussled until Morales gave up, sources told the paper.

The Post reports that the March 31 party was in celebration of Morales’ new assignment as head of the Louisville field office.

Another day, another agent placed on administrative leave with a suspended security clearance for being a complete moron.

Conservatives like to complain about Washington’s culture of corruption/egomania/rampant idiocy, and this is one of those times where the world “culture” is appropriate to describe what’s happening to the Secret Service.

There’s no other explanation. You don’t go from elite private security force to ridiculous gaggle without something encouraging the transition. Director Joseph Clancy has put on a brave face in hearings—he’s even requested a multimillion dollar training facility to address problems on the ground—but all the brave faces in the world can’t change the fact that the agency charged with keeping the President of the United States alive has a serious seriousness problem.

No, conservatives don’t “like” to complain about Washington DC and assigning that motivation minimizes the complaints. Conservatives complain because most of what emits from Gomorrah merits complaint, not because they just like to complain.

Obama has made “diversity” and political promotions his priorities, including the Secret Service. Competence is scoffed at by this Administration, perhaps because it is a concept foreign to them.

The results of this approach are evident not only in the Service, but at State, Defense, DOJ, IRS, EPA – corrupt and ideology-driven, all, but not a competent hand among them.

I suppose we should be thankful. If this gang had any efficient administrators, we’d be in it even deeper.

He evidently thinks Joe Biden is his best security curtain. He’s probably right (for once).

Speaking only for myself, I’m in mourning for what was a great agency with extremely professional personnel.

And they aren’t the exception, but the rule. It’s endemic in the Federal monster.

We have a WHOLE lotta cleaning to do…

How do we clean 95% of the federal bureaucracy?

Investigate? I’m still waiting for somebody to investigate 0bama’s CT SSN, or his draft card status ….

What I wonder is if the rulers and shakers of the Obama Administration, including Dear Leader, will get their day in Court shortly after being replaced – or just taken out into the wilderness and shot for treason?

Whoa Nelly! Nothing should be done to any members of the current administration without first using due legal process and only through our defined legal system. If you wish to continue to say that they should be taken out and shoot, well that’s wrong, you would be wrong.

MG Smedley Butler hated FDR with a passion. However, he said he would stand in front of the WH rather than see a coupe go forth. That’s the proper approach to take. Law and order, never the unruly mob!

Do you think the sentiments are reciprocal on the other side?