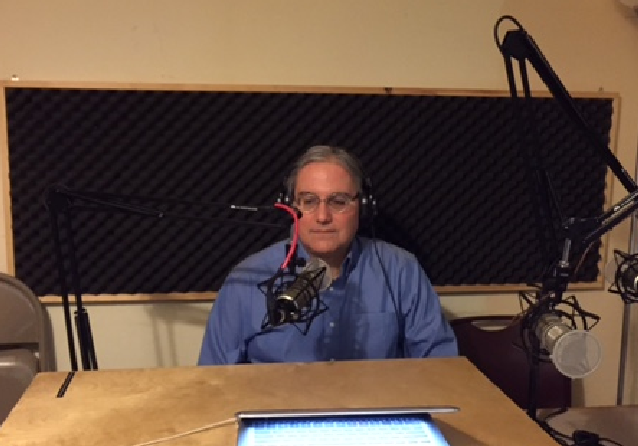 GreenStar’s governing Council is neutral on the issue, but by its bylaws may have to let the issue go to a full membership vote next October, though the bylaws present several grounds on which the Council can reject the boycott and avoid a membership fight.

I appeared tonight on WRFI Ithaca Community Radio to talk about the GreenStar effort and BDS in general.

This whole fight is a shame. GreenStar is a good place, and doesn’t deserve to be used as a political pawn by local BDS activists.

At 6:40 on the audio you may hear the host, Aryeal Jackson, speaking on the phone in the background, somewhat disrupting my answer. Apparently Ariel Gold, the leader of the local BDS movement, called in the middle of my interview to complain.

The Cornell protest referenced in my talk is discussed in prior posts:

UPDATE 2-7-2015: It cost me more than the store brand, but it felt good to help defeat the BDS hate (original Tweet): 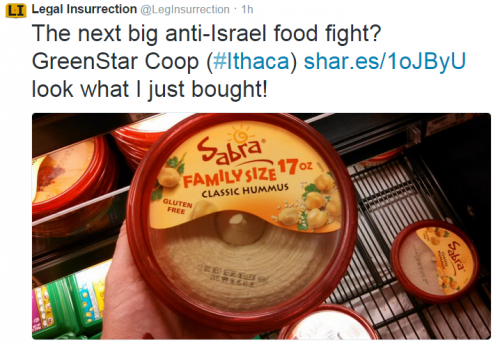 I shopped there yesterday and bought some Sabra hummus. The place was packed. I should look into becoming a voting member.

Having met the Professor, I wouldn’t call him especially talkative, but damn!

Put a mic in front of him, and ask him about something of which he’s knowledgeable, and he’s a Chatty Cathy.

I mean that in a good way. I’m not much for wordsmithin’

I’m not usually interested in local news stories (I’ve probably watched my own local TV news no more than a handful of times in my life), but I found his fluency, passion, logic, fairness, and insight on this local story to be quite enthralling.

What I’m trying to say is, good job.

Glad you got to that last sentence 🙂 [also, I hit thumbs down by mistake, so that was me]

I think your presentation is now honed like a ginsu knife capable of cutting a Coke can in half, and you’re ready for some national TV news show split-screen back-and-forth with any rep from the other side.

I think the viewing public would respond well to your calm, gentlemanly manner (which would stand in stark contrast to the usual strident characters from the other side.)

With age comes wisdom, so let me share some with you: Get on TV!

LukeHandCool (who is feeling old and run down lately. But who’d still have preferred it if his mother could’ve pushed him out a day earlier so he could share a birthday with President Reagan. And who will now proceed to give the Professor a thumbs down, accidentally as well)

I’ll second ol’ Luke, Prof. You may have discovered that there is more to appearing on radio than one might think. Same with TV. Everything, it seems, has a skill-set to do well.

I understand what the article is talking about… but what is the BDS movement?

The best approach is mount boycott attacks against them in kind. They are a nazi Jew hating coop, which is fine, in America. We all have that right, but they need to be picketed relentlessly so that everyone can see who their nazi Jew hating customers are.