Hillary for President: an idea whose time has passed?

Hillary for President: an idea whose time has passed?

Team Hillary is tearing itself apart—who will step up to reap the benefits? 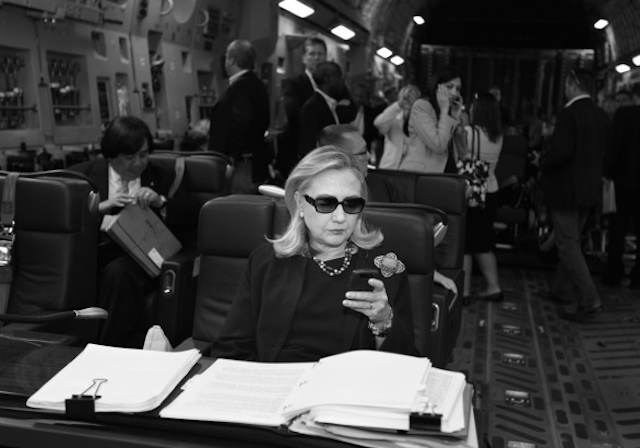 Yesterday, operative and scourge-of-the-right-wing David Brock resigned in protest from pro-Clinton super PAC Priorities USA Action. In his message to the board, he accused his colleagues of orchestrating a “hit job” against his other project organizations, American Bridge and Media Matters.

Those groups — along with another pro-Clinton group, the super PAC Ready for Hillary — had their fundraising practices called into question last week by a New York Times report. It pointed out that veteran Democratic fundraiser Mary Pat Bonner got a 12.5 percent commission on funds she raised for Brock’s groups and a smaller percentage commission on cash she raised for Ready for Hillary.

In his letter to the co-chairs of Priorities’ board — former Michigan Gov. Jennifer Granholm and former Obama campaign manager Jim Messina — Brock alleged that “current and former Priorities officials were behind this specious and malicious attack on the integrity of these critical organizations.”

The letter — and Brock’s resignation — offer a rare glimpse into a network of groups upon which Democrats are relying to keep the White House and stave off increasingly robust big-money efforts on the right. The public airing of dirty laundry comes as sources say Priorities is struggling to live up to the hopes of some Clinton allies, who had argued it should aim to raise as much as $500 million to eviscerate prospective Clinton rivals in the primary and general elections.

It’s not just the groups that Democrats are relying on to keep the White House—it’s the optics of the thing.

Right now, Hillary Clinton is the left’s only primary season sure thing. We’ve played around with a Warren candidacy, and fantasized about a Biden candidacy (the memes we could create!), but let’s get serious—Hillary has a huge advantage over those two based on name recognition (hands down) and activist base (we’ll get to this in a minute) alone.

Recently, Tamara Keith at NPR addressed the size disparity between the Democratic and Republican fields. After speaking to people with America Rising PAC, a Republican oppo research outfit about other Democratic prospects, she went out into the field to test Rising’s theory that there are potentially no challengers to Clinton:

To test the theory, I went to downtown Chicago — hotbed of Democratic politics — to ask people whom they expect to run for president. Here are some of the responses I got:

April Williams, sighing: “The only one I can think of is Hillary Clinton. That’s about it.”

Martha O’Connor: “Honestly, to be honest with you, Hillary is kind of the only person that pops into my mind.”

Elizabeth Warren is a name that came up again and again. Hector Ortiz, who considers himself an independent voter, said he’d like to see her run. But, he said, “I don’t know if she will.”

As for Warren herself, she told us back in December, “I am not running for president. Do you want me to put an exclamation point at the end?”

Brock’s very public, very bitter resignation has revealed not only the cracks in the Hillary machine, but the insecurity harbored by operatives who have waited years for it to be Hillary’s turn.

The problem has less to do with the candidate, and more with the pressure that goes along with the mythos of a she-Clinton candidacy. Everyone—especially the exclusively pro-Clinton activists waiting in the wings—knows that this is coming, and that the people chosen to take the helm have had years to prepare for their moment in the spotlight.

Normally, people who have had years to prepare for their moment in the spotlight don’t flame out before that moment even arrives.

Last week I wrote an article about Clinton’s lack of even a media response infrastructure. Expand that to “media presence” in general:

Clinton’s biggest problem now isn’t Warren, or the men in her party, or a horde of hostile Republicans; it’s the simple fact that her campaign has started without her. She may not have an official infrastructure in place, but the fact that she isn’t in the race speaks volumes about her potential as a candidate and more importantly, her potential to play to (coddle?) a sensitive, feelings-over-thoughts demographic.

One thing that conservatives have learned is that raw strategy doesn’t translate into something the average voter understands. The Clinton camp’s decision to hold off until they get their own house in order may be strategically wise (considering they’re eating each other over that very decision,) but the optics are suffering. This is something that will hurt Clinton in the long run, because it’s one more bad optic that Republican front runners will be able to exploit.

Groups like Priorities USA claims that it will be able to replicate what the progressive machine did in 2012, but their problems have compounded twofold due to the failure of Clinton herself to arrange her troops. If Brock is to be believed, the various organizations and PACs set up to support Hillary aren’t only infighting—they’re competing for donor dollars at the expense of the overall mission, and a cohesive message.

If these operatives refuse to work together and trust each other this early in the game, they’re going to have a hard time putting together the kind of organization it takes to win what is shaping up to be a highly-contested Presidential race.

One can only hope they keep tripping each other up.

The problem with Hillary (beyond her corruption, of course) is her sheer, encompassing incompetence. She’s never run a single thing effectively or properly in her life. From law cases at Rose Law Firm to real estate deals to commodity investments to enemies lists to the State department. She was supposed to be a cakewalk for the nomination and look at the (entirely typical) mess she’s in.

Elizabeth Walker will step in at the right moment and finesse this thing away from her. Not a question in my mind about it.

“Not a question in my mind about it.”

You need to shake your head, and hopefully unscramble it. H. Clinton is going to be the Democratic nominee.

She’s already lost it. To understand this one needs to understand the Left. Warren is their “future,” what their cravings and delusions demand.

“You need to shake your head and hopefully unscramble it.”

No no no. Shaking your head is what scrambles it. To unscramble your head you must stay away from all liberals for 6 months.

Oh, I don’t know. I think it was pretty effective when she made something like $6K in one day of commodities trading and 100K over 10 months. Anybody but me remember that little scandal?

Maybe now David Brock will tell the truth about the Anita Hill leak.

Like Planned Parenthood whose choices are always abortion, abortion, and abortion (because the fees have the greatest $$$ margins – for them), the “pro-choice” (gag) Democrat Party has only Hillary, Hillary, and Hillary as the choice.

Remember, you can choose anyone you like so long as it’s Hillary.

The far-left organizers on Facebook just yesterday put up some fawning fawning puffitude in favor of the oh-so-competent, energetic Chelsea Clinton. Is this a toe in the water?

I have no doubt that Chelsea will be along in due time. This dynasty $**t (Kennedys, Bushes, Clintons, whoeverthehell) has gone waaay too far.

After thinking about this for a little bit, I don’t think that Chelsea Clinton will go into politics.

Partially because I think she might have enough self-awareness as to how badly she is already damaged in terms of being a candidate.

Partially because I think she’s smart enough to go for polite exploitation (see $600K per year for being a “correspondent” and working for the “Clinton Foundation”).

The wild card for Hillary is her time as a US Senator and then as Secretary of State. Her earlier record for corruption and ineptitude is well known among Democrats and not a deal breaker. However, congressional hearings are ongoing on a number of issues that involve Hillary directly or tangentially and there is no predicting what campaign killer info comes of that and oppo research efforts about her most recent posts. Plus, there’s Bill.

Imagine Hillary gets the Democrat nom and the GOP has sat on some juicy, campaign killing info. They pop it late, say August 2016, she goes down, and the Dems will have no viable candidate to replace her. Warren, O’Malley, Cuomo, Webb, Booker, Jeb Bush, et al, can all run for the Dem nom but cannot win, especially under those circumstances.

Since Jeb Bush will be on the GOP ticket, brace yourselves for Clinton presidency

As I’ve said before, I don’t think that Jeb Bush will be the Nominee. There’s too many wolves at the gate now for that to happen, regardless of the name recognition and establishment money advantage.

Besides, what will the election slogan be: Bush ’45’: maybe this time they’ll get it right?

Full Disclosure, I actually liked GWB as President. I wish that Jumpin-Jim Jeffords had not been such a coward and traitor. More would have likely been done in the first 2 years of the GWB Presidency, and that the Congress had put more effort into social-security privatization.

The caveat to that is if Jeb Bush nominates an Very or Ultra Conservative Running Mate early on (like a Ted Cruz or Scott Walker, or maybe even a Rand Paul) with the utter and absolute promise to support an incumbency running at the end of his term(s) in office, and the setting aside of a “war chest” throughout the Presidency for the express purpose of doing so.

In answer to your question:

Weakened disorganized enemies in the Democratic party are more useful to Hillary even if she herself is weakened as well. The ‘Planet Hillary’ thing means that if she takes a hit now she’ll kill all comers in her own party. Better to run unopposed and skip the primary process. That way she can rely on MSNBC to give her hundreds of millions of dollars in free negative campaigning. The fact that she’s old, craven, useless, horrid, bereft of any redeeming qualities is irrelevant.

This might be the reason she paused her campaign:

I am still waiting for her appoligy for blaming BJ Clinton’s misogyny and perjury on a vast right wing conspiracy.