Another failure for the academic boycott movement, but they will keep on trying. 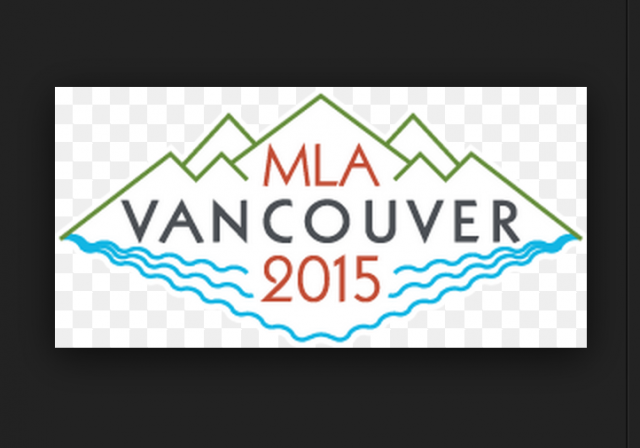 In what only can be described as a serious setback for anti-Israel academic boycott activists, the Modern Language Association just voted at its Annual Conference to postpone a boycott resolution vote until 2017. 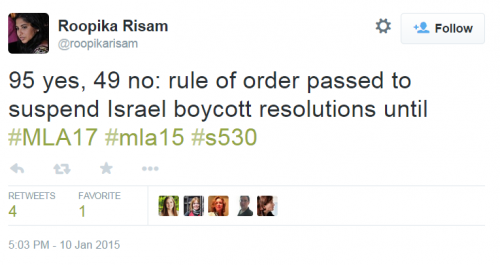 At the 2014 annual meeting a resolution critical of Israel’s alleged breach of Palestinian academic freedom barely passed the House of Delegates, but then failed when the resolution was sent to the full membership.

There was no boycott resolution to be voted on this year.  Given that even a condemnation of Israel failed last year, hopes to advance the anti-Israel, anti-academic freedom agenda will have to wait for two years. The vote to confirm this delayed timetable was not a surprise.

According to one person in the room during discussion of the delay, the boycotters came “off as silly. Especially after events like this weekend.” [referring to attacks on Jews in Paris by Islamic terrorists]

But pro-boycott faculty formed a working group, led by Stanford Professor David Palumbo-Liu (recently elected to the MLA Executive Board), David Lloyd of UC-Riverside (one of the co-founders of the U.S. boycott movement) and Rebecca Comay of the University of Toronto, who will be organizing for the next two years to push the boycott resolution in 2017.

This marks a second setback for the anti-Israel academic boycott movement this year, after the American Historical Association rejected an attempt even to debate a resolution condemning Israel.

The boycott strategy is to step-up the boycott to larger groups, after it passed the much smaller American Studies Association. The pushback against the ASA has been intense, including over 250 university presidents and major university and academic organizations condemning the boycott as damaging to everyone’s academic freedom.

Yet the efforts continue by the boycotters.  Expect sessions at next year’s annual meeting devoted to vilifying Israel based on distorted facts, as happened this year as well at an earlier breakout session. 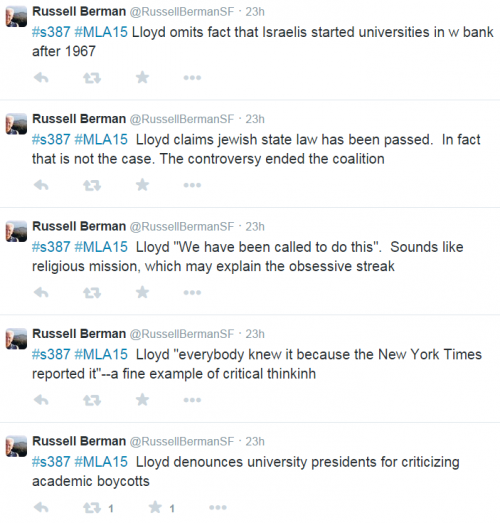 And yet the BSD movement will trumpet their support that runs deep and wide, LOL.