An Obama supporter takes issue with his foreign policy. 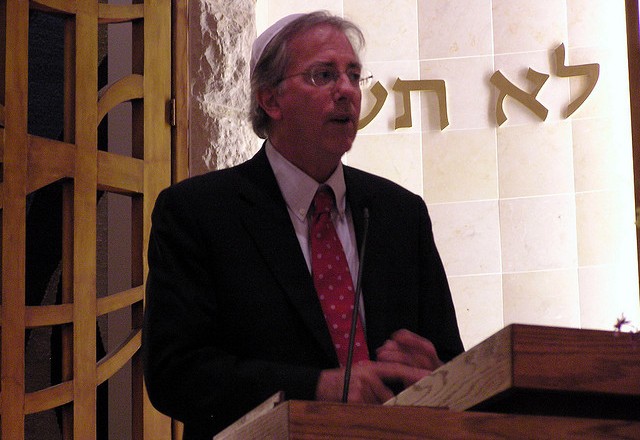 In an op-ed published in The New York Times on Monday, former American peace negotiator Dennis Ross wrote that it’s time to hold the Palestinians responsible for turning down peace.

Since 2000, there have been three serious negotiations that culminated in offers to resolve the Israeli-Palestinian conflict: Bill Clinton’s parameters in 2000, former Israeli Prime Minister Ehud Olmert’s offer in 2008, and Secretary of State John Kerry’s efforts last year. In each case, a proposal on all the core issues was made to Palestinian leaders and the answer was either “no” or no response. They determined that the cost of saying “yes,” or even of making a counteroffer that required concessions, was too high.

Palestinian political culture is rooted in a narrative of injustice; its anticolonialist bent and its deep sense of grievance treats concessions to Israel as illegitimate. Compromise is portrayed as betrayal, and negotiations — which are by definition about mutual concessions — will inevitably force any Palestinian leader to challenge his people by making a politically costly decision.

But going to the United Nations does no such thing. It puts pressure on Israel and requires nothing of the Palestinians. Resolutions are typically about what Israel must do and what Palestinians should get. If saying yes is costly and doing nothing isn’t, why should we expect the Palestinians to change course?

To be sure, Ross doesn’t outline what measures should be taken against the Palestinians should they continue their intransigence. He also directs his comments towards Europe, which has been more actively hostile to Israel, and not towards the Obama administration, which has been giving the Palestinians signals that they don’t need be serious about peace since 2009, if not earlier.

Still this is a significant argument. For one thing it is the second time in recent weeks that Ross, a former administration official, has distanced himself from the administration on a major foreign policy issue. After the P5+1 nations agreed to extend nuclear talks with Iran, Ross was cited in The Times of Israel saying that “the US had demonstrated flexibility during the talks, including a willingness to back down on demands over the Arak heavy water facility and the Fordo enrichment facility, but that its positions were received by intransigence by the Iranian counterparts.”

In neither case did Ross directly criticize the administration, but in both cases there was at least implicit disapproval of the direction the administration was taking. But these points of departure are important because here’s what Ross wrote in 2008 in support of Barack Obama:

I was with Obama in Israel and in Europe, and I saw how he focused on the urgency of the Iranian threat. I saw how he used his discussions in Israel to remind the European leaders that Israelis are justified in seeing Iran with nuclear weapons as an existential threat — and that for Israel’s sake and our own we must put far more pressure on Iran if we are to stop it from going nuclear.
Obama understands that weak sticks and weak carrots — the current policy — can’t work. We need strong sticks to concentrate the Iranian mind on what they stand to lose, and we need strong carrots, conveyed directly, to show the Iranians they have something to gain by giving up their nuclear weapon pursuit. And, if in the end diplomacy fails, the fact that we engaged directly and Iran was unwilling to alter its behavior creates a very different context for tougher options.
Engaging without illusions might be one way to describe how diplomacy would be conducted in an Obama administration. Just like with Iran, he would engage on Arab-Israeli peace. Not because he knows it will produce peace, but because he again understands the consequences of disengagement.

Before Obama was elected Ross wrote to assure the pro-Israel community that Obama would engage “without illusions,” but in these two instances it’s clear that he’s questioning the direction of the Obama administration.

As the President continues to chase illusions in the Middle East, it seems that his one-time supporter is losing some of his.

As the Instapundit professor says, another rube self-identifies.

“PALESTINIAN POLITICAL CULTURE is rooted in a narrative of injustice; its anticolonialist bent and its deep sense of grievance treats concessions to ISRAEL as illegitimate.”

Just replace the capitalized words appropriately and you’ll have a true statement about any of the grievance specialists, whether race, gender, native status, age, etc.

Well what did he expect from a person that, while running for president, said he would like to engage in talks without preconditions with Iran? Obama has no use for Israel and never has. His every effort seems to be angled to ostracize and marginalize the only people that share a similar worldview to the American people. Even if that leads to Israelis being slaughtered in their beds, I doubt he’d do more than ask what the Jews did to start the war, and then condemn them for breathing.

How about we stop calling them “Palestinians” for starters, then cut off “aid” to Hamas and Fetah, then shut down UNWRA until they stop teaching children to hate. That would be a good start, but just a start.

A sufficiently large carrot makes a club I have no desire to get hit with. BTDT. Hurts.