“If you really want Limbaugh off the air, you’re not a true liberal” 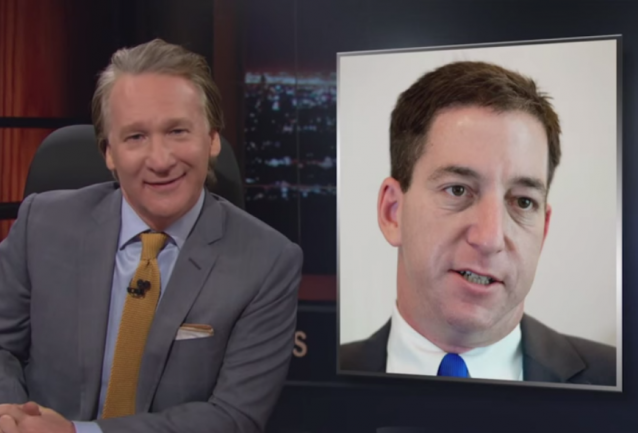 Bill Maher has been on a free speech tear lately, and if you look back at the last few months it makes perfect sense.

In December of 2014 he was booked to speak at UC-Berkeley’s commencement; but liberal students who disagreed with his views on Islam and free speech tried to shut him down.

Of course, Professor Jacobson predicted all of this. Maher ultimately spoke at Berkeley—and used the opportunity to bash Republicans.

Even so, you have to admire Maher’s recent strong defense of free speech. Here’s a clip from his Friday show where he took liberals to task on political correctness over Islam.

He even takes a poke at the “Stop Rush” crowd. (NSFW for language)

Josh Feldman of Mediaite does a great job outlining the segment:

Maher Rips Liberals for ‘Extreme Bullying’ on Islam: You’re Part of the Problem

Remember when Berkeley students protested a commencement speech by Bill Maher because he said that Islam is the only religion that’s like the Mafia and will “fucking kill you” if you say or write the wrong thing? Well, considering the Charlie Hebdo shooting last week, Maher had something to say to those Berkeley students: how is it that I’m the problem?

Maher took his usual jabs at conservatives like Bill Donohue coming out against total free speech, but it distressed him far more to see liberals taking such strong stands against free speech to the point of “extreme bullying.”

He explained that liberals are perfectly fine using bullying when, for instance, they denounce his views as bigoted or call for Rush Limbaugh to go off the airwaves. Maher said that if you really want Limbaugh off the air, you’re not a true liberal, you’re just a “baby” who doesn’t like hearing different opinions.

It amazes me that those who decry with passion the blacklists of the 50’s and McCarthyism are the first to enact speech codes, free speech zones, and to boycott those they disagree with.

Funny thing about creating eggshells. Eventually the yoke is on you.

The concern about blacklists in the 50’s was never about the blacklists themselves. It was only ever about who had control over who ended up on those lists.

Exactly. McCarty was spot on and was exposing their then-nascent strategy to infest our culture with Marxism. So they cried about it, it worked, and their infestation continued unabated.

Occasionally, a pig finds a truffle – and Maher is on a roll lately where he is finding a few ‘free speech’ truffles.

In the end however, he is still a POS, scum-bag, pig no matter the pretty free-speech lipstick he slathers all-over his lips periodically.

“If you really want Limbaugh off the air, you’re not a true liberal”

That’s right, that’s why the Left aren’t liberals, they’re “progressives”, that is to say, socialists, or better yet, Bolsheviks. Of course they don’t believe in free speech.

I think Mr. Maher has realized that should the progressives take power he’ll eventually be stood against a wall just like the SD’s and SR’s were when the Bolsheviks consolidated their hold on Russia.

Ironically, Rush keeps saying that “progressive” is a euphemism for “liberal,” and he insistently pounds on “LIBERALISM” as the problem. Lots of people quote Rush like gospel, but sometimes he doesn’t know what he’s talking about.

One of Rush’s unquestioning devotees must have been offended that I don’t think Rush is infallible.

I’ll repeat: Rush doesn’t know what he’s talking about when he says that “progressivism” is a euphemism for “liberalism.”

Phil Donahue deserves the criticism, as does Pat Buchanan for joining him, following the lead of the sitting Pope. I know Catholics have grated for years about the bashing they get in Hollywood, but nothing good will come of adding caveats to condemnations of murders of cartoonists.

Donahue and the pope should be asked why propositions should be shielded from mockery or scrutiny just because they’re held on “faith.” That’s circular reasoning, saying in effect: “I cannot prove my deeply held beliefs or defend them from challenge on rational grounds, so therefore you have no right to mock or challenge my beliefs.”

Most Muslims seem to have no awareness that their beliefs became (for them) unquestionable truth simply because their ancestors were forbidden, with threat of violence and death, to question those propositions. (Some Muslims know it but think the coercion was correct.) There was a fair amount of faith-by-coercion in Christian history too, though not in its earliest phase and not today.

The pope must be aware that Christian teaching was fortified with political force for some centuries, and when legal prohibitions of heterodoxy no long applied, social pressure could still be effective for a while. That awareness may lurk behind the “You cannot mock people’s faith” pronunciations.

Bill Maher. Bill Maher. I know I’ve heard of him before but I can’t remember why. Well, I guess even non-entities are entitled to be right once in a while.

Bill Maher gets it.

I do need to correct everyone who says that Leftists are Liberals. The correct word is liberal. The reason I mention this is not to be a spelling nazi but to point out that the Liberal Party in Australia is a party that is not of the left.

However, Bill Maher is also not a true liberal unless he also believes in capitalism and other freedoms.

Maher is better informed than most others when it comes to Islam. This is surprising considering he has some rather stupid views, but it goes to show that sometimes people who act like bigoted douchebags when it comes to politics do understand some things… and Bill Maher gets it about Islam.

The UC-Berkeley students exercised their freedom of speech to try and keep Maher off campus due to his statements on Islam. Maher has a right to speak, but no right to a paid speech at a UC-Berkeley auditorium.

Berkeley students are guilty of hypocrisy, small-mindedness, and of short-sightedness for not understanding that campus discourses will be watered down to nothing once they must please (not offend) every group, every faction, every student on campus.