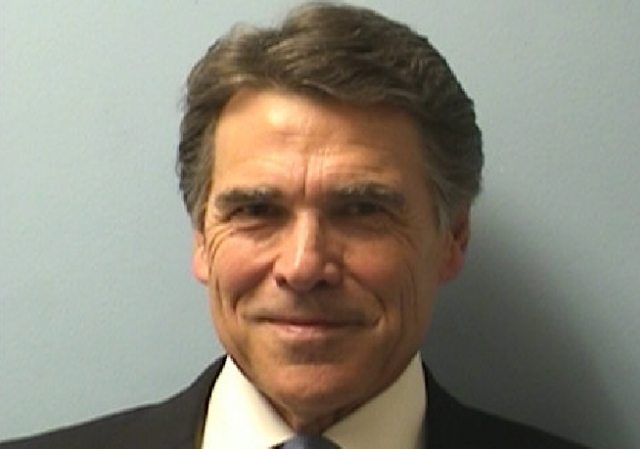 Texas is bursting at the seams with conservative fervor: Rick Perry has been building momentum for his yet-unannounced Presidential campaign, Greg Abbott is set to trounce Democratic darling Wendy Davis in Tuesday’s gubernatorial race, and the Republican ground game so far this cycle has sent groups like Battleground Texas running for the hills.

Obviously, then, it’s time for prosecutors to renew their attacks on Governor Rick Perry, just in time for election day.

Governor Perry has spent much of the late summer battling back what most consider to be a show indictment accusing the Governor of abusing his power during his efforts to oust famously-drunk Travis County DA Rosemary Lehmberg. Now, prosecutors are crying foul over the Perry legal team’s aggressive tactics aimed at getting the indictment dismissed.

“The defendant’s own words have instilled a concern for all persons who participated in the grand jury investigation,” Michael McCrum, Perry’s special prosecutor, said in a filing made public today, asking a state judge to deny the governor’s request for grand jury transcripts.

Perry, 64, Texas’s longest-serving governor and a presumed candidate for the Republican presidential nomination in 2016, faces two criminal counts of abusing his office by threatening to veto funding for a state ethics task force if the county prosecutor in charge of the program didn’t resign following a drunken driving conviction.

So, what’s all the fuss about?

He held a press conference the day after his Aug. 15 indictment saying: “This farce of a prosecution will be revealed for what it is, and those responsible will be held accountable.”

“This comment struck many listeners as a threat against the members of the grand jury and all of those associated with the grand jury process,” McCrum said. “The state has a good faith basis to protect witnesses who appeared before the grand jury, who would similarly be in the category of those who would be ‘held accountable’ by the governor.”

What is this? 1L year on the JV moot court team?

This is obviously an eleventh hour effort to tamper Republican momentum heading into tomorrow’s election, but it might just be the lamest eleventh hour effort ever to happen. (Well, except for this one.) When this indictment first landed, conservative and liberal analysts alike wrote it off as a political power play. Michael McCrum apparently knows this indictment is doomed, because now he’s trotted out in front of cameras and made the beyond-the-pale claim that the Governor of Texas issued an open threat against members of a citizen grand jury.

This is how you know that the Democrats know they’ve lost.

I know nothing of the financial structure of Texas state government, but I suspect Perry is a man of his word and hope he has the legal ability to make this prosecutor and the office he works for wonder where all the money went. Nothing like tumbleweeds rolling in the breeze past your office desk to get a bureaucrat’s attention.

There is no lie too outrageous for some percentage of the leftist base to take as the absolute truth.

From what I have seen some of the Grand Jurors should worry. They approached their duty with the same aplomb of a gaggle of seven year olds playing pin the indictment on the Governor.

Mr. McCrum, if you want to play this game, then let’s put your freedom on the table also.

Mr. McCrum, trumped up indictments need not be a game just for Democrats.

When are they going to run that drunken whore DA out of office?

Never. That’s the problem. That’s why it’s so important to de-fund the corruption task force that was set up. The partisan hackery coming from it is nothing short of astonishing.

Geez Paul, why don’t you tell us how you really feel? Enough of the pussyfooting around.

“The big lie in Perry’s PR playbook is to dismiss these charges as a
partisan witch hunt. While there’s no bipartisan love between Perry and
Lehmberg, Perry’s indictment has been advanced by Republicans. Recusing
herself, Lehmberg referred our complaint to local Democratic Judge Julie
Kocurek. Judge Kocurek also stepped aside, forwarding the matter to a
Republican Perry appointee: Judge Billy Ray Stubblefield. Stubblefield
assigned the case to Republican Judge Bert Richardson in San Antonio.
And Judge Richardson appointed Michael McCrum as special prosecutor.

It’s hard to argue that McCrum has a partisan axe to grind. He served as a
federal prosecutor under the first President Bush. The second President
Bush later nominated McCrum to be a top federal prosecutor — with the
backing of Texas GOP Senators Kay Bailey Hutchison and John Cornyn. If
Perry’s indictment really is a partisan witch hunt, then it is one of
the Grand Old Party’s making.”

I am sorry, quoting Politico does not the truth make. See http://www.mainjustice.com….from 2010
“The nomination of Michael McCrum, a San Antonio-based lawyer at Thompson & Knight LLP, to be the next U.S. Attorney for the Western District of Texas is “forthcoming,” a Senate staffer told The Texas Tribune.

Republican Texas Sens. John Cornyn and Kay Bailey Hutchison in November 2009 recommended McCrum and Robert Pitman, a Western District of Texas U.S. magistrate judge who is gay, for the job. Main Justice reported that McCrum has the inside track on the job in part because he was recommended by both the Republican senators and Texas’s House Democrats, making him a consensus choice.

Nominations in Texas have been delayed because of disagreements between the state’s two Republican senators and the House Democrats recommending candidates to the White House. So far, President Barack Obama has nominated only one U.S. Attorney to take one of the four open positions in Texas — John Stevens for the Eastern District of Texas. Earlier this month Stevens withdrew his name from consideration citing the best interests of his family.

Names have been forward to the White House for the other districts.

Adam your comment is based on the purely political and not job competency. It’s not hard to argue. Suggesting that Republican judges wanted him to “get” Perry because they appointed McCrum probably is indicator that he’s more savvy politically than he is as a DA. There’s not a shred of evidence against Perry. This is simply a move for judges to protect their jobs and to damage Perrys reputation for further national election runs.

Democrats mistook the nation’s war-weariness over Iraq and normal souring on a second-term incumbent Republican President for a mandate for their socialist nonsense.

They still haven’t figured out that swing voters swing on results, or that even young voters who turned out in record numbers from 2006-2012 are disillusioned by the poor performance in office of Obama and his party.

The Texas judiciary needs to recognize this sort of prosecutorial excess for what it is, and dismiss the case and apply sanctions.

Both were politically motivated as is the current Perry accusations and mind you, I’m no fan of Perry…

(Travis County – Where Republicans are difficult if not impossible to find)

How is being held responsible and accountable equated to threats of bodily injury? I wonder how many of those Grand Jury folks are happy to have been publicly described as fragile, precious little snowflakes?

Many of McCrums statements and the GJ investigation have many similarities to the disbarred DA Nifong in the Duke rape case.

1/ In both instances, the prosecution has or had attempted to find charges based on no evidence in an alleged rape against a minority woman.

2/ Defense lawyers and media outlets were very critical about how Nifong handled the case. Nifong responded by saying that the criticisms were a product of a defense strategy to malign the prosecution and intimidate the alleged rape victim. With Perry,his actions against the woman who determined to be a DUI violator. Perry was well within the scope of his authority to limit the actions of this woman based on her poor judgement. For this, McCrum is crying foul and now intimidation. He knows he has no case and the charges are empty.

3/ McCrum, like Nifong has asked police and other authorities to clear any matter of how the case is handled only through him. In addition, McCrum has failed to produce exculpatory evidence of Perry’s wrongdoing. McCrum has violated conduct involving dishonesty, fraud, deceit, or misrepresentation and has broken several rules of prosecutorial conduct.

Clearly, the best to happen here is that McCrum is placed in front of the Texas State bar and should be asked why he should be allowed to have the privilege to practice any type of law ever again.

Oh, and by the way, Cornyn had a hand in McCrums appointment as DA. Why the people of Texas continue to vote for this incompetent is beyond me.