Will tensions escalate in Hong Kong? Officials “wait and see.” 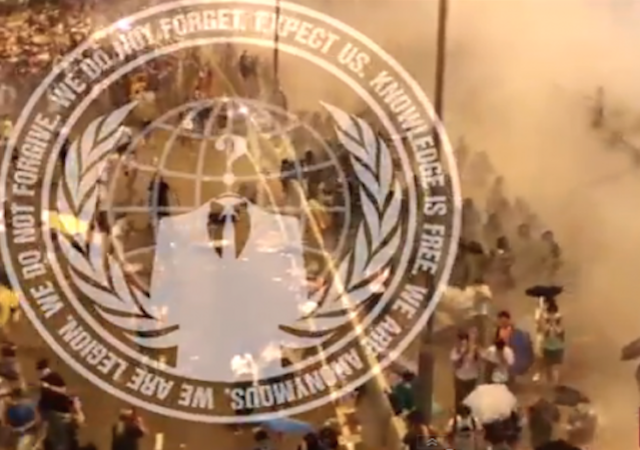 I recently pondered: Is Hong Kong on brink of its own version of Tiananmen Square?

Now, I think the answer is no. It appears the recent student-lead uprising is being handled by Hong Kong leaders the way many of our municipalities handled their “Occupy” events — Wait until the residents tire of the disruptions, then sweep the activists away.

Crowds of pro-democracy protesters thinned noticeably by Thursday morning after the Hong Kong government adopted a more conciliatory stance of trying to wait out the demonstrators.

Downtown streets that had been fairly crowded on previous nights began to empty late Wednesday, as many went home after days outdoors in heat that had been sweltering even by Hong Kong’s tropical standards. But many predicted that crowds would build again later on Thursday, as demonstrators returned after showers, sleep and hot meals.

“Compared to yesterday morning, I think there is a smaller crowd,” Venus Wong, a 22-year-old office worker, said as she sat in front of the local government headquarters with two friends, eating a McDonald’s breakfast at midmorning. “But I think more people will come back later in the day.”

These demonstrations—collectively known as the “Umbrella Revolution”, a nod to the umbrella’s use in protecting people from the effects of tear gas—decry Beijing’s control over the slate of Hong Kong chief executive candidates for 2017, and have been bolstered by outside contributions from Anonymous:

The “hacktivist” group Anonymous sent this video to News2share early Wednesday morning, apparently declaring a cyber-war against Hong Kong for the treatment of protestors there. The group has already defaced several Hong Kong-based websites, and promised that dozens more would be affected over the next few days.

Meanwhile, the “one country, two systems” policy applied to the financial mega-center means that next to no media coverage of the protests is reaching the mainland.

Hong Kong media are providing wall-to-wall coverage of the protests calling for the resignation of Chief Executive Leung Chun-ying, but in mainland China there has been little to no mention of the unrest.

What news does make it past censors and into the mainland press is focused on the negative impacts that the protests are having on life in Hong Kong.

In response to the official “wait and see” policy, the students plan to escalate their protests.

Some demonstrators say the next step could be occupying the inside of government buildings. It would be a drastic move, but one protest leader says it might be necessary to get officials’ attention and bring change.

“We still can’t get a normal, acceptable response,” student leader Joshua Wong, 17, told CNN’s Andrew Stevens. “This is the final action for us.”

There is an old superstition that opening an umbrella indoors will result in bad luck “raining” down on you. Let’s hope that this is not the case for the young activists, should they choose to take their demonstrations to the next level.

Interesting as I am in China right now. Yes, very little coverage, but then again it is their National Holiday (65th anniversary of the founding of the PRC).

There have been ominous warnings of what may happen if the protestors do not disband. Look at what happened at Tiananmen back in 1989.

Also, you don’t hear much of what the Central Government is doing against the Uigurs in Xingjiang. You should google it. Restrictions on what is appropriate dress and beard length.