The media-made Wendy Davis mountain turns out only to be a molehill. 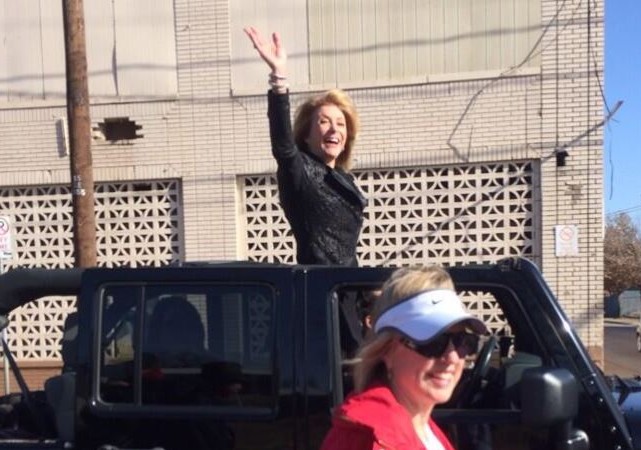 Wendy Davis’ bizarre and distasteful attacks on Greg Abbott are working like a charm. For Abbott.

Davis already was in a deep hole according to polls prior to the Wheelchair Attack ad.  Holding a rally with people in wheelchairs to defend the ad just compounded the problem. 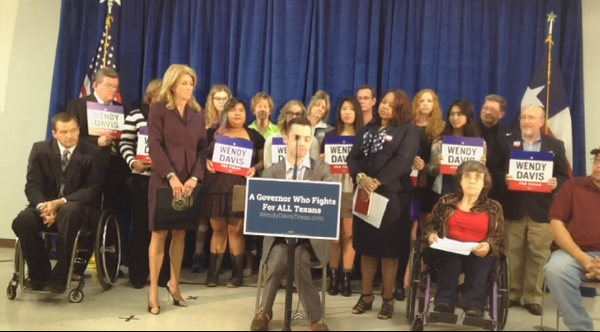 Republican Greg Abbott has a 16-point lead over Democrat Wendy Davis in the closing days of this year’s general election for governor, according to the latest University of Texas/Texas Tribune Poll.

“The drama of the outcome is not who wins, but what the margin will be,” said Jim Henson, co-director of the poll and head of the Texas Politics Project at the University of Texas at Austin. “Wendy Davis has not led in a single poll in this race.” 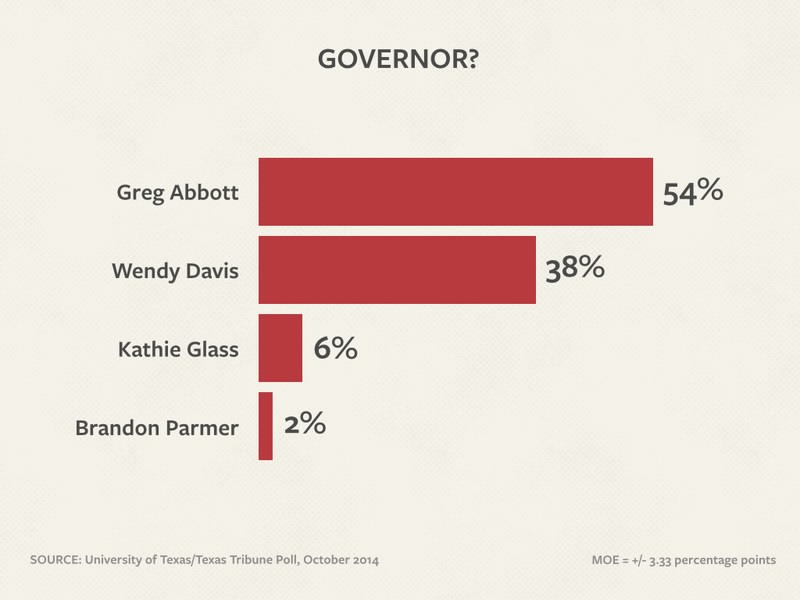 Davis has managed to drive up Abbott’s negatives, but it doesn’t seem to help her: 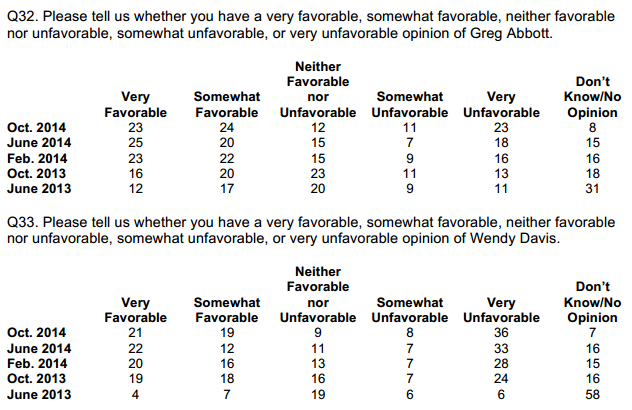 The media made a mountain out of Wendy Davis’ molehill of accomplishments.  Now that mountain has cratered.

So, a few days before the election, the DOJ, in conjunction with the Travis County DA, will announce that Abbott has been indicted on charges of treason, child abuse, serial murder, rape, grand larceny, smuggling Ebola carriers into Texas, and dissing Michelle Obama.

…and assaulting a tree.

I heard Greg Abbott was the latest white house fence jumper, someone should confirm with the Wendy Davis twitter account.

make that sexually assaulting a lodge pole pine in an effort to attract both women and Native American voters….

When I was four Uncle Gweg touched me on my hoo-hah.

Don’t downplay this too much. We haven’t sucked out quite enough liberal donor money just yet.

Exactly. Besides, she owns two demographics outright, has from the start: the dead vote and the done left Texas vote.

Oh no, Tex! Did ya see that headline on this posting? Did’ja see it?

“The media-made Wendy Davis mountain turns out only to be a molehill.”

Even P’fessor Jacobson is subliminally tormented by that THING… that nodule that’s growing and changing – to the Left (naturally) of her mouth! It’s a alien transmitter or something. By election day, it’s liable be the size of Waco (minus, Baylor, of course)!

Y’all keep an eye on her, and I’ll go find “The Cruzinator”!

Mudslingin’ Texas Barbie. Soon to be a footnote.

Her campaign died in its second trimester. How appropriate.

Yeah, those young guns that Obama sent to help her with her campaign were the Drs. Gosnell.

I know we’ll never get away from at least some people being die-hard liberals who will never wake up, but almost 40% in Texas? Even when Abbott wins I’ll be a little depressed that it wasn’t by a 70-30 margin.

A portion of that 40% is the “mah mama / pappy voted Demmacrat, AH vote Demmacrat!” Both parties can count on a goodly percentage of that kind of vote.

She is an appalling candidate and it seems an appalling person. A liar, a user of her husband to pay her tuition before divorcing him, an adulterer, and a woman who abandoned her daughter.