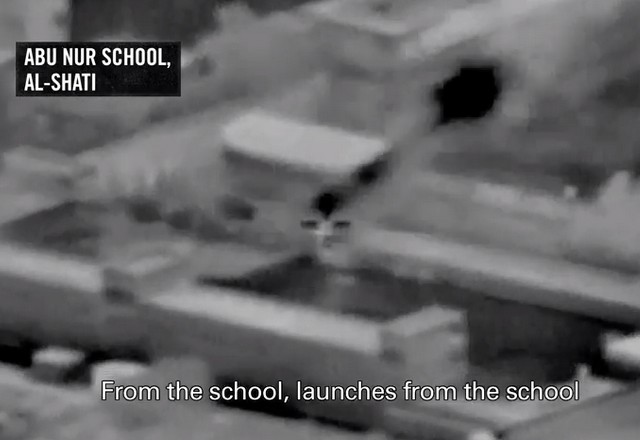 The United Nations Human Rights Council (UNHRC) has appointed a former New York State judge, Mary McGowan Davis to be the third commission member to investigate possible war crimes that might have occurred during Operation Protective Edge. The commission is to be headed by Prof. William Schabas.

The President of the United Nations Human Rights Council, Ambassador Baudelaire Ndong Ella (Gabon), today announced the appointment of Mary McGowan Davis as an additional member of the Commission of Inquiry charged with investigating human rights violations in the Occupied Palestinian Territory, in particular the occupied Gaza Strip, in the context of the military operations conducted since 13 June 2014. Justice McGowan Davis will join William Schabas and Doudou Diène whose appointments were announced by the Council President on 11 August. …

The report will unofficially be called Goldstone II after the Goldstone report, headed by Judge Richard Goldstone of South Africa launched by the UNHRC after Israel’s Operation Cast Lead in 2008-9 to stop rocket fire by Hamas from Gaza.

The Israeli complaints of prejudice in the United Nations inquiry were reinforced by the appointment of Professor Schabas, who is on record as stating his wish to see Prime Minister Benjamin Netanyahu of Israel “within the dock of the International Criminal Court.”
Some United Nations officials have expressed regret at an appointment that made the investigation vulnerable to the accusation of anti-Israeli bias. Professor Schabas has said he has his own opinions on Israel and Palestine but has denied that he is biased against Israel; he has also said that he had no intention of bowing to calls by some critics to resign.

This is correct but incomplete. The UNHRC has Israel as a permanent agenda item. No other country shares that designation. So even before anyone was appointed to the commission, the council doing the appointing has to be viewed as totally compromised.

All four members of the Goldstone Commission had prejudged Israel’s guilt in Cast Lead.

Schabas however is particularly troubling. Not only has he expressed his views about Netanyahu (who wasn’t even in government when Cast Lead was fought, which was the context of the discussion,) but doesn’t necessarily view Syrian President Bashar Assad’s use of chemical weapons as a crime and refused to say that Hamas is a terrorists organization.

But perhaps the most damning aspect of the investigation is that it will go to Gaza. We know that Hamas will not tell the truth and likely will not let anyone testify truthfully. (Though representatives of Hamas have admitted to using human shields, intimidating journalists and carrying out summary executions.)

But the damage in Gaza may not be the whole story as this video from the IDF shows.

Israel is correct in that this investigation will be “kangaroo court.” It really doesn’t matter how honest or dishonest the commissioners are. Their mandate is fundamentally corrupt.

One last point worth considering is what Col. Richard Kemp said in 2011:

In fact, my judgments about the steps taken in that conflict by the IDF to avoid civilian deaths are inadvertently borne out by a study published by the United Nations itself, a study which shows that the ratio of civilian to combatant deaths in Gaza was by far the lowest in any asymmetric conflict in the history of warfare.
The UN estimate that there has been an average three-to one ratio of civilian to combatant deaths in such conflicts worldwide. Three civilians for every combatant killed.

That is the estimated ratio in Afghanistan: three to one.

In Iraq, and in Kosovo, it was worse: the ratio is believed to be four-to-one. Anecdotal evidence suggests the ratios were very much higher in Chechnya and Serbia.

In Gaza, it was less than one-to-one.

There is no reason to believe that Israel’s attacks on Gaza to stop rocket fire and destroy terror tunnels was indiscriminate or disproportional. (Though it was covered disproportionately.) Israel’s care in Cast Lead, the war that led to the first Goldstone report, was evident in the ratio of civilians to combatant deaths. Given what we know the new commission isn’t being convened to investigate war crimes, but to investigate Israel.

If a presidential candidate were to make a good, clear case for getting out of the UN in all but a nominal capacity, I would be VERY inclined to support that candidate.

There is no excuse for our level of support for this nest of tyrants and Islamists.

Actually I think a candidate who said he wanted to get out and kick them out of the country would do better.

The UN is a laughably corrupt joke of an organization with absolutely zero power.

Not even flaming liberals take them seriously anymore.

Even non-liberal non-cultists often forget that fascist nations comprise the vast majority of the membership of the U.N.

Liberal cultists always forget it. (They’re too worried about rape-preventing nail polish to think about much else.)

Did you see what they did there? Calling Gaza occupied when in fact Faza is not an occupied territory by any definition EXCEPT ones used in relation to Israel.

So we have YET another example of bias that will infect this coming report and will do nothing to help with peace in the Middle East but will instead assist in the Muslims ongoing war of extermination against Israel and Jewish population.
Mailman

Apologies fir the spelling mistakes…iPhones and fat fingers don’t go together. I blames the juices for that, the evil bastards!!!! 😉