And it’s summer. And you’re haters. 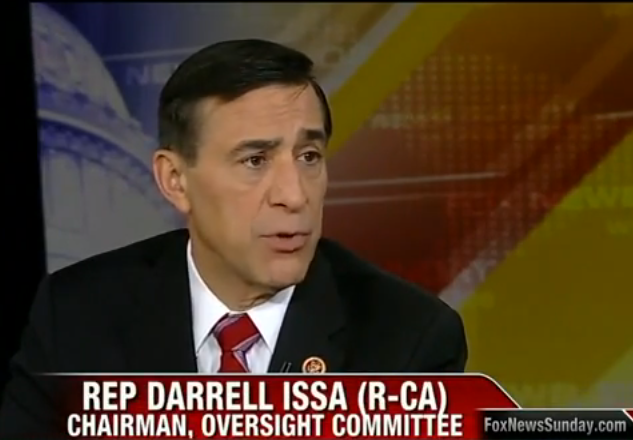 Some emails regarding the failed rollout of Healthcare.gov were deleted.  Actually, more than some.  A lot.

A press release from Darrell Issa:

House Oversight and Government Reform Committee Chairman Darrell Issa  (R-Calif.) today released the following statement on the U.S. Department of Health and Human Services’ (HHS) admission that senior HHS executive Marilyn Tavenner destroyed emails first subpoenaed ten months ago by the Committee related to the flawed launch of HealthCare.gov. So far, HHS has failed to comply with the Committee’s subpoena.

“Today’s news that a senior HHS executive destroyed emails relevant to a congressional investigation means that the Obama Administration has lost or destroyed emails for more than 20 witnesses, and in each case, the loss wasn’t disclosed to the National Archives or Congress for months or years, in violation of federal law,” said Chairman Issa. “It defies logic that so many senior Administration officials were found to have ignored federal recordkeeping requirements only after Congress asked to see their emails. Just this week, my staff followed up with HHS, who has failed to comply with a subpoena from ten months ago. Even at that point, the administration did not inform us that there was a problem with Ms. Tavenner’s email history. Yet again, we discover that this Administration will not be forthright with the American people unless cornered.”

The letter admission is here.

It’s 2014 and the fed govt still doesn’t have an email archive system, this is mind boggling. IT professional here, former corporate email system administrator. It took me less than an hour to produce a dump of any employees email account, these morons are claiming to have spent thousands of hours on same. The fed govt should have to comply with all laws they pass,including Sarbanes-oxley!

You’re missing it. Fedgov has all of that. What you’re witnessing is wholesale evidence destruction. All of this, along with the stuff over at the IRS, is intentional.

Yup. If anyone in the private sector tried to pull crap like this administration, there would be a RICO prosecution well underway by now.

The press is a joke. Where are they? Oh yeah, they’re on their knees under Barry’s desk.

Not only are they on their knees under Barry’s desk … the line goes out the door, out the building, and around the block!

The only journalism that exists today is from alternative sources … the MSM, rather LSM, has blinders on and does not want to rock the boat.

They are going to keep getting away with this right until the very end of the Administration. Sets a great precedent for future POTUS Administrations. Just lose all of the emails, and have shredders in every office.

Yep, this administration is a criminal cabal, and they don’t even make much effort to hide it anymore. It’s just in-your-face illegality everywhere you look.

It’s 2014 and the fed govt still doesn’t have an email archive system, this is mind boggling. IT professional here, former corporate email system administrator. It took me less than an hour to produce a dump of any employees email account, these morons are claiming to have spent thousands of hours on same. The fed govt should have to comply with all laws they pass, including Sarbanes-Oxley!

You can say that again…. and you have!

I can’t stand my ipad, that’s what happens. Just use it on the commuter train because it’s convenient to use. Glad to be back on a pc now.

If any private company tried to pull this shit there would be people in JAIL.

Government workers do it and the administration doesn’t even slap them on the wrist.

Hey, you’re right, correct, instead, they get a big bonus!

“Yet again, we discover that this Administration will not be forthright with the American people unless cornered.”

Sorry, but Mr. Issa is historically wrong with this statement.

The Administration will not be forthright with the American people even if cornered.

One of the most disturbing traits/trends of this administration is constant lying and law-breaking by EVERYBODY in the federal government (not literally, of course, but name an agency that hasn’t), followed by stonewalling and coverups. It seems to have become part of the federal culture, and I don’t think enough of us are as exercised about it as need be.

Of all the very bad things that Pres. ScamWOW is associated with, this is the worst, long-term. It isn’t simply that there is a breach in the ties between the government and the rest of us, it is also that they are as open and arrogant about it, patently contemptuous of the people they work for.

Civil service was an improvement over the corrupt spoils system, but I’m beginning to wonder if a return to something like the spoils system is not needed to churn the pool, so to speak.

The interesting thing to me will be to see how much disrespect for governments, and, esp. the federal government, is going to grow as a result of this wholesale disregard for the law by government employees. And, one of the indicators is likely to be in the realm of taxes collected. I suspect that there is a growing number of people actively avoiding income that can be easily tracked by the IRS. We shall see.

It will be interesting to see, in the long term, who ends up taking responsibility for this. If anyone.

Even if somebody ‘takes responsibility’ all that means is they will resign with full pay and benefits. They will never face any real consequence.

I thought the very worst of President Nixon for being involved with enemies’ lists and a third-rate burglary, but at least he had sense enough to resign in disgrace.

Actually I believe his resignation was due to courage and integrity. He actually had very little if anything to do with the actual burglary and even though he could have retained his office for his part in trying to cover for his buddies, he chose to do what was right and resign.

Courage and integrity are not traits I would accuse anyone in the current administration of possessing.

An obvious problem with the Obama administration is that it doesn’t seem to learn from its failures.

However, it does learn from its successes.

They’ve gotten away with this sort of wholesale destruction of evidence before, and they’ve found that there’s no downside to that tactic. So they’ll keep doing it.

If Issa was an NFL franchise team he would be 0 for 16.

Once more, Issa reminds us of how useless he is.

These investigations sure seem to stall and sputter a lot.

Give ’em some orange jumpsuits and throw them in the slammer until their trial date.

Or maybe use and empty FEMA camp for all the law breakers.

OK I can dream a bit can I?

All talk, nothing happening. Darryl Issa is a paper tiger.

I wonder if this is just taunting for Impeachment?

The only way to get rid of these government employees would be a Balance Budget Amendment and the end of the Monetary Fund! No money, no job!

You can go into a district court on a traffic ticket anywhere in the US and if you aren’t careful about what you say and do, and before some judges how you dress, you can find yourself in a cell with contempt charges.

The House Oversight committee is purposely without teeth because (1) the two major parties take electoral turns chairing it, and (2) if it had teeth, 90% of DC would end up in the hoosegow*.

*90% is a conservative estimate. Get it? Conservative? Hahahahaa…