Officials haven’t confirmed a name, but do have a suspect. 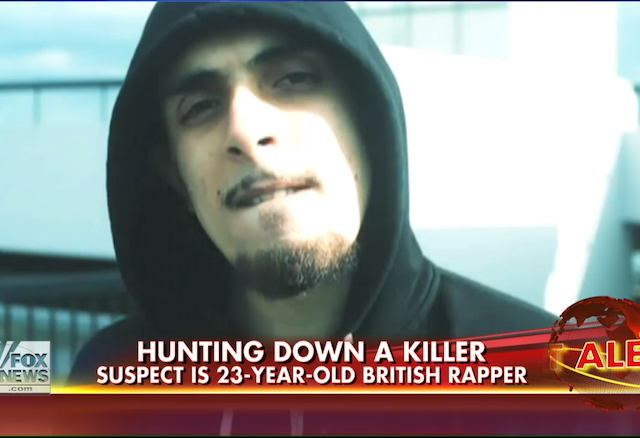 Officials in the U.K. are close to identifying the man who beheaded American Journalist James Foley. The Times of Israel reported Sunday that Abdel-Majed Abdel Bary, a local London rapper, is the main suspect in the case. Intelligence officials believe that Bary left London for Syria with the goal of joining the Islamic State.

Although officials would not confirm that Bary is indeed the man seen in the video of Foley’s execution, they have not denied reports covering the possibility of suspects:

“We’re not in a position to say exactly who this is,” Sir Peter Westmacott said on NBC’s “Meet the Press,” but “I think we are close.” Westmacott said “sophisticated” voice recognition technology was being used to identify the man who appeared in the video, but he also stressed that the threat of British nationals in ISIS goes beyond one killer.

“It’s not just about one brutal murderer,” Westmacott said. British intelligence estimates that about 500 Britons have joined ISIS, meaning they have the means to return to Britain or fly to America with few hindrances. “It is a threat to our citizens,” Westmacott said.

The FBI started investigating the circumstances surrounding Foley’s disappearance in 2012, just after Foley was kidnapped by ISIS militants in northern Syria. Bary, who is just 23 years old, has had connections to the Islamic State all his life. His father, Egyptian national Adel Abdul Bary, was extradited to the U.S. in 2012 after officials connected him to the 1998 bombings of U.S. embassies in east Africa. Bary expressed his frustration over his father’s prosecution through his music, and his most recent videos (linked here via the Times) are rife with violent lyrics and a desire to rebel against authority.

Bary’s taste for violence reportedly translated into a taste for torture. Reports out of Syria paint an appalling picture of the conditions that Foley and other hostages endured during their time with Bary and his cohorts:

The Mail on Sunday reported that the three men known as “John,” “George,” and “Ringo” had formed a special kidnapping gang that may have targeted Westerners like Foley. The paper reported that the hostages regarded the group as particularly vicious jailers, who routinely beat their prisoners and tortured them with Tasers. At one point, the paper reported, the “Beatles” were actually prohibited from guarding the hostages due to the level of violence they inflicted.

According to The Mail on Sunday, the “Beatles” also boasted that they had made millions of dollars from ransoms paid by European countries, enough to “retire to Kuwait or Qatar,” as one hostage told the paper.

American defense officials confirmed last week that ISIS presents a credible threat outside of the Middle East. The United States is pursuing a long term strategy against the organization, and in reports emphasize its organized and well-funded nature. Officials seem to be in agreement with Texas Governor Rick Perry and others in thinking that an “open borders” philosophy could present opportunities for ISIS agents trained in places like Syria to repatriate to their home countries and extend ISIS’s terror network.

“This is not a regional threat. This is a national threat,” reported Fox News correspondent Jennifer Griffin.

“The United States is pursuing a long term strategy against the organization,”

Translation: Until the present administration leaves office, the US will continue to behave in a feckless manner.”

So the First Hashtag Division is preparing to unload the Strategic Hashtag Bombardment Tweets upon the poor unsuspecting millionare kidnappers, followed by a punishing apology tour and several rounds of golf in Qatar, I presume?
/sarc

Not only will this administration screw up foreign policy until they leave office, but incompetant officials hired by the administration will continue the bungling until rooted out and retired, plus I’ll be willing to bet the president will not abide by the normal policy of ex-presidents remaining quiet about current president’s foreign policy. He may last a week before opening his mouth. Possibly two. Joe Biden I give maybe five minutes, tops.

I’m thinkin his time on earth is somewhat limited.

One of the problems with these guys is that that may not be any kind of impediment.

Theirs is a death cult, and dying is what they do.

You mean like the Thuggees of 19th century India?

That is what I thought they sounded like upon hearing more about ISIS (the Thuggees) (Incidentally that is the origin of our word “Thug.”)

Yes. You might find a reading-up on “Assassin” interesting, too.

From the same part of the world as ISIS, and used very similar tactics.

Are the suspect’s intials B.O.?

US needs to pass a law that says that any citizen or resident who is found to have left the country to join or otherwise support ISIS or another Muslim terrorist organization may not re-enter, ever. (Others such as journalists, should be required to obtain special permission before leaving.) Norway and a couple other countries recently have done something similar.

We also need to line up military at our southern border and stop anyone from entering illegally. Just turn them back at gunpoint. (Because of the child trafficking problem, perhaps with a 30-day announcement.)

This UK person does this act in a foreign country where Shariah applies, at least this IS is claiming it applies which is just the Shariah set out by Mohammed in his Koran. Or is it some Shariah variant under the law of Syria.

But how does the UK have any jurisdiction over this act or the actor such that the UK authorities can try him?

The U.K. may or may not be able to do anything directly.

The U.N., on the other hand, probably could.

Torturing prisoners-of-war – members of foreign military in times of war – is, IIRC, an international war crime.

So the U.N. probably could do something. Whether or not they will is another matter entirely.

I’ve said this before bit I’ll say it again…IF I was the British PM I would have briefed the boys in Hereford that should they come across any British nationals while on operation in Iraq that these “prisoners” are not covered by the Geneva convention and should not see the sunrise in the morning.

Well, our Joint Chiefs Chairman is already waxing equivocal, and issuing parsing statements, contending that ISIS is merely a “regional threat.” “Regional” in the same sense that the Nazis were a “regional” European threat in the 1930’s, I suppose.

12 months ago Cameron wanted to go fight Assad . . ( well not himself of course) then when thwarted demanded the military put up a plan to train 100,000 mercenaries to fight Assad.

Hypocrisy does not begin to describe it .

The pursuit of the individual is an attempt to pass off a war as a murder. Let us by all means indict Admiral Yamamoto rather than get involved in a war with Japan.