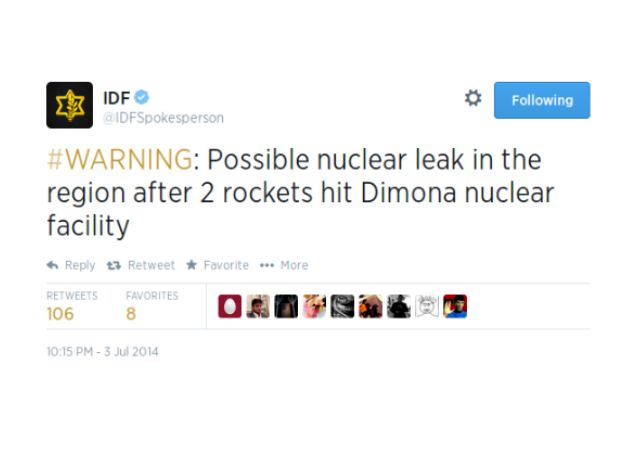 The incident spurred a flurry of confusion and concern after one of the tweets, posted from the hijacked @IDFSpokesperson account, falsely claimed that a rocket attack on a nuclear facility caused a “possible nuclear leak.” No such attack or leak occurred. 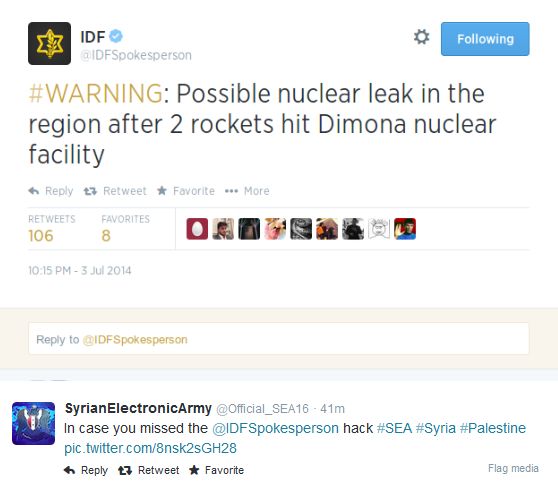 Another tweet displayed this pro-Palestinian message. (The tweets have since been deleted but have been saved in screen shots online). 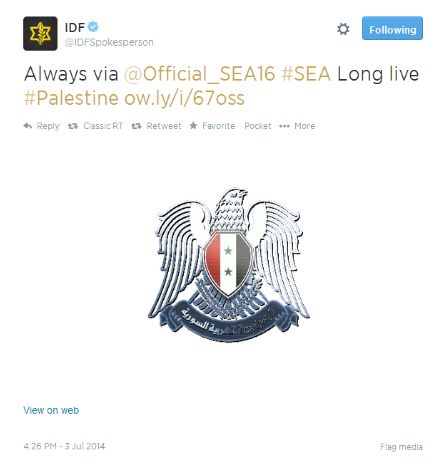 Both tweets were deleted once the administrator of the @IDFSpokesperson account regained control. At that point, the account posted a message apologizing for the “incorrect tweets” and vowing to “combat terror on all fronts including the cyber dimension.” 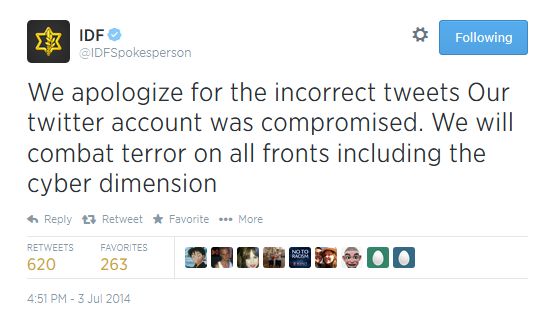 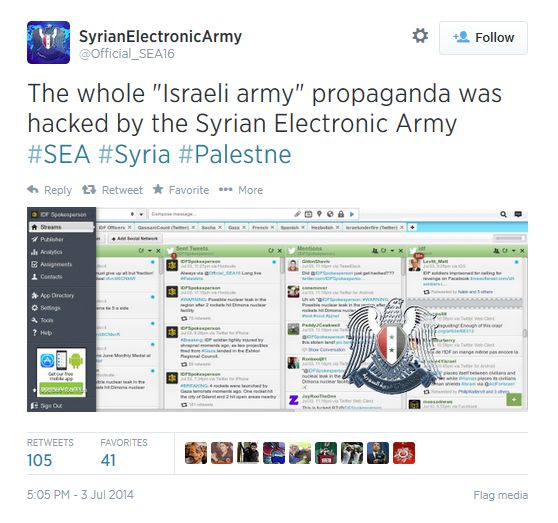 It wasn’t immediately clear how the @IDFSpokesperson account was compromised, but the Syrian Electronic Army has often used phishing methods (and more specifically in some instances, spear phishing) in order to gain access to targets in the hacker group’s previous hacking/hijacking incidents.

For instance, when the internet news website The Daily Dot was targeted by the Syrian Electronic Army last summer, it recounted exactly how the attack occurred. It began when The Daily Dot received emails that appeared to come from members of its own staff. The emails contained a malicious link disguised to look as though it was a legitimate news article, hence compromising the account when the link was accessed and the user was prompted to verify his/her account credentials by way of a spoofed page.

One of the Syrian Electronic Army’s high profile incidents was of course its attack on the Associated Press in 2013. The hackers gained access to the AP Twitter accounts and posted a tweet claiming there had been two explosions at the White House. The news caused the Dow to briefly plummet.

Thursday’s incident regarding the @IDFSpokesperson account was somewhat concerning because of the context of current events. Exchange of rocket attacks between Israel and Gaza in recent days has ramped up tensions in the region, as has news that three kidnapped Israeli teens were found dead on Monday.

FGS if they go on Twitter ,what do they expect? Virtual palmleaves laid out for them?