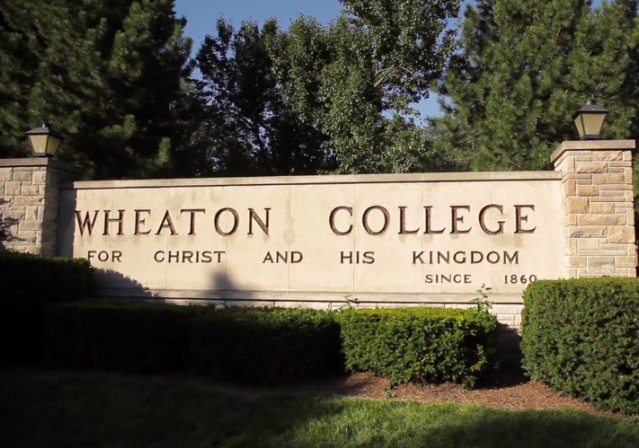 In light of the Hobby Lobby decision, the Supreme Court today granted an injunction pending appealy in favor of Wheaton College, which did not want to comply with certain Obamacare paperwork on religious grounds:

The application for an injunction having been submitted to JUSTICE KAGAN and by her referred to the Court, the Court orders:

If the applicant informs the Secretary of Health and Human Services in writing that it is a nonprofit organization that holds itself out as religious and has religious objections to providing coverage for contraceptive services, the respondents are enjoined from enforcing against the applicant the challenged provisions of the Patient Protection and Affordable Care Act and related regulations pending final disposition of appellate review. To meet the condition for injunction pending appeal, the applicant need not use the form prescribed by the Government, EBSA Form 700, and need not send copies to health insurance issuers or third-party administrators.

Note that this really is not substantive, it’s a matter of paperwork, as AP explains:

A divided Supreme Court on Thursday allowed, at least for now, an evangelical college in Illinois that objects to paying for contraceptives in its health plan to avoid filling out a government document that the college says would violate its religious beliefs.

The justices said that Wheaton College does not have to fill out the contested form while its case is on appeal but can instead write the Department of Health and Human Services declaring that it is a religious nonprofit organization and making its objection to emergency contraception. The college does provide coverage for other birth control.

Justices Ruth Bader Ginsburg, Elena Kagan and Sonia Sotomayor said they would have denied Wheaton’s request and made the college fill out a form that enables their insurers or third-party administrators to take on the responsibility of paying for the birth control.

Breyer doesn't join the dissent to the Wheaton order, so it is left to the women. Moron http://t.co/WVFa7Vdigj #SCOTUS #healthcare

This is very interesting, especially in the light of the attack on Catholics in the NYT – see advertisement that is a direct attack on the Catholic Faith.

Wheaton College I thought was either Presbyterian or Uniting Church but these days they use the disguise of Evangelical.

The objection on religious grounds is directly associated with your Establishment Clause which is all about Freedom of Religion and in this case goes to the heart of separation of Church and State, in that the State or Government is attempting to interfere with the religious beliefs of the College.

What is more fascinating is the fact that Breyer did not join with the three women who in my view are totally incompetent, and two of them should have recused themselves (Neither Kagan nor Sotomeyer should be having a say on this matter).

I will continue to watch how this plays out. The injunction is giving away some of the thought processes of the USSC. We shall watch and see.

Kagan praises Barack, the Israeli Supreme Court justice who makes the US Supreme Court look Constitutional, and whop said he bases his opinions on Enlightened Europeans (who hate his country).

Ginsburg was one of the two Jewish judges who denied Pollard a sentencing rehearing. The non-Jewish judge called it “a fundamental miscarriage of justice”.

Any Catholics want to comment on the pro-abortion “Catholic” Sotomayor?

“Wheaton College I thought was either Presbyterian or Uniting Church but these days they use the disguise of Evangelical.”

“…they use the disguise of Evangelical”?? What does that mean?

“Drawing 2,500 undergraduates from all 50 United States, 50 countries, and over 55 church denominations” http://en.wikipedia.org/wiki/Wheaton_College_(Illinois)

I live near Wheaton College. I have been on campus often. More importantly I have many dear Christian friends who have graduated from Wheaton.

My friends are Evangelical-Anglican (not ECUSA). They are true believers in Jesus Christ.

As alumni supporters they would NOT support Abortion or abortifacients handouts. In fact, many of my friends have large wonderful families.

FYI: These friends are the direct opposite of Presbyterians. As Wheaton’s sign out front says, my friends stand for Christ and his Kingdom, not for culture and its moral relativism or for divesting holdings to sanction Israel, as do the Presbyterians.

And, if you are ever in the Chicago area visit the Marion E Wade Center next to the campus. It is a book-filled Museum of CS Lewis and other Christian writers such as J.R.R. Tolkien,

I attended Moody Bible Institute in Chicago. I am also Evangelical-Anglican and not “in disguise.”
Moody is facing the same issues as Wheaton College.

Because that’s all those reactions are. Even by the “guys”.

histrionics with buckets and spades.

The Left are devoid of common sense.

“My Birth Control My Decision”

And you are free to pay for it out of your own pocket. We’re not telling you you can’t have it. WE just refuse to PAY for it. If you want it, buy it YOURSELF.

The left likes to say ‘birth control’ when talking about abortions and abortifactions, like it was just ‘put on a rubber’ or something.

Because they are all two-faced lying bastards on a good day.

If they actually called it what it is, this thing they argue about, it is NOT ‘contraception’, they would have even less of a pretend leg to stand on then they have now !

The problem is not that they want access to abortions on demand, rather that they want our approval of it, and they think that it is possible to force someone to have a good opinion of them.

It is the same problem with so many culture war issues. It is not merely enough for them to have it, they must be lionized for it.

“WE just refuse to PAY for it. If you want it, buy it YOURSELF.”

Fine. Then the rest of us shouldn’t have to pay to subsidize superstition-based religious institutions and schools who are tax-exempt organizations under Section 501(c)(3) of the Internal Revenue Code, like Wheaton, and then refuse to provide full health care services other businesses and institutions are required to provide.

subsidizing your organization/institution, as we’re paying higher taxes because you don’t pay your fair share. And if you have a religious problem with the requirement to provide birth control as part of a corporate health insurance plan, opt out of your corporate status. Why should other Americans have to subsidize superstitious nonsensical beliefs based on invisible entities that don’t exist, and suffer the double jeopardy of

Gawd, can you actually be as stupid as your post indicates?

First, tax money NOT paid is NOT a “subsidy”. It does NOT belong to the government, moron.

Second, tax-exempt institutions have been judged by your masters in government to be a SOCIETAL GOOD.

Take up their status with them, idjit. Oh, and good luck with that…

And third, but hardly the end of a complete list of your stupid, the central government has no business “mandating” any flucking thing WRT my or your health (OK, the state can commit you for your insanity, but only on conditions…which you’ve come here to demonstrate by you inane comments).

Now, take your trolling off, and go and commune with your fellow Kos-sacks (o’ crap).

Have a bake sale.

Cupcakes for Condoms.
Pie for Pills.

Sounds like what you find in a prison on visiting day.

I’m surprised that Kagan didn’t just hand it back in favor of the government / HHS !

Although it is kinda like pleading ‘not guilty’, or saying ‘I want a lawyer’ in an interrogation room – you don’t have to be a F’ing lawyer yourself to assert your rights.

The more lib heads that explode between now and 11/7, the more I like it ! I’ll help hose out the mess later !

Since they specifically mention the “morning after” pill and that the college does not object to other forms of birth control it appears the issue is again abortifacients.

“making its objection to emergency contraception”
Plan B and the other “morning after” pills, same as Hobby Lobby. They could make their “dates” pay for them as a condition of not retroactively withdrawing their consent to sex.

‘Women’s health care’. A much vaguer term, which could include Vick’s Nytol and Band-Aids, for all we know.

“Wheaton College for Crist and his Kingdom since 1860”

“The college does provide coverage for other birth control.”

So, again, this is NOT about contraceptives.

Contraceptives prevent conception. They have no problem with that, and even prior to Obamacare they, like Hobby Lobby, provided insurance that covered a variety of contraceptives.

This is about ABORTION. They are objecting to having to pay for drugs and devices that are, by definition, abortifacients: they act (or can act) AFTER conception.

Its bad enough that the Left deliberately obfuscates on this point. Must we accept their language??

Abortion and abortifacients are NOT contraception.

Why isn’t it substantive? The college sure as heck thinks it is.

But it is clear that the Obama administration and these harpies are intent in forcing religious people to betray their own religion, betraying the promise made when the legislation was passed. Just like Sotomayor’s ancestors did to the Jews of Spain (like the ancestors of her predecessor, Benjamin Cardozo).

I have a friend of a friend who is claiming these drugs are not abortifacients – I can’t figure out why he thinks that when even Plan B’s website say they may prevent implantation of a fertilized egg. But if I understand his citations he keeps posting, there are those who believe that if the fertilized egg doesn’t get implanted, then it is not life so it can’t be abortion. I really don’t understand that kind of rationalization.