Americans oppose it, it’s against American law and it won’t work 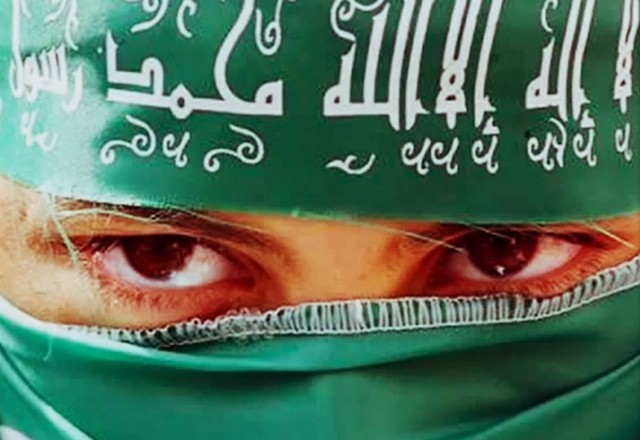 When Mahmoud Abbas’s “moderate” Fatah movement first reached out to make an agreement with the terrorist Hamas movement, the response in the United State was “mostly nonchalant.”

Now that the two sides have announced the creating of a unity government, the response has continued to be muted. Certainly not outraged.

Last week, of course, the administration didn’t wait a day before endorsing the blatant violation of the American sponsored peace process. This was disappointing but hardly surprising given Barry Rubin’s observation last September that the United States had gone to “backing the ‘bad guys.’”

In major American newspapers there was little initial editorial comment. However later in the week, the Washington Post endorsed the American response as did the New York Times. Though, surprisingly, the Times actually qualified their endorsement warning that “the United States has to be careful to somehow distinguish between its support for the new government and an endorsement of Hamas and its violent, hateful behavior,” without actually offering a practical suggestion how distinguish that support.

There are three main reasons why the administration was wrong to support the unity accord.

1) It is unpopular in the United States

In the middle of May, The Israel Project conducted a poll of likely voters and their views on the Israeli-Palestinian conflict. One question dealt with the formation of the Fatah-Hamas unity government. When those originally saying they were undecided offered an opinion, the poll showed a massive rejection of the Palestinian reason for the cooperation.

This was a point made in the Wall Street Journal editorial, U.S. Funding for Hamas? (Google search terms)

The question is whether the U.S. government will continue to fund the PA now that Mr. Abbas has cast his lot with a State Department-designated foreign terrorist organization. U.S. law prohibits dispensing taxpayer money to any Palestinian entity over which Hamas exercises “undue influence.”

To hew as close as possible to the letter of U.S. law, the architects of the Hamas-backed interim government have assembled a cabinet of old PA holdovers and technocrats from Gaza with no obvious links to Hamas. The maneuver was good enough for the Obama State Department. “At this point, it appears that President Abbas has formed an interim technocratic government that does not include ministers affiliated with Hamas,” spokeswoman Jen Psaki told reporters earlier this week. “Moving forward, we will be judging this government by its actions.”

But Hamas leaders have made it clear that they have no intention of disarming. Part of the relevant law governing a Palestinian government that includes Hamas forbids aid unless that government has been:

If the government isn’t fulfilling that obligation, then the President must go to Congress to get a waiver to allow funding.

One disappointing aspect of the Washington Post’s editorial supporting the administration is that it directly contradicted a 2006 editorial in the paper. The editorial The White House is right to work with the Palestinian unity government, concluded:

The internal contradictions of the Palestinian coalition very well may lead either to its collapse or to a government that is unacceptable to Israel and the United States. But Palestinian politics have reached a dead end under Hamas and Mr. Abbas. So have international efforts to work with a divided Palestinian leadership. The unity movement offers at least the possibility of change and renovation; the Obama administration is right to give it a chance.

This might be an acceptable argument if it hadn’t been a previous Palestinian experiment with Hamas in government. But there was. In 2006, Israel fought the West (led by the Bush administration) on the issue of allowing Hamas to participate in the Palestinian legislative elections. Israel backed off and allowed Hamas to participate. This effort to include Hamas in the elections was lauded by the Washington Post in a January 2006 editorial, Pre-Election Turmoil.

The Bush administration prepared a “quartet” statement with the European Union, United Nations and Russia last week that strongly supported the elections and urged Israel to allow voting in Jerusalem. At the same time, the statement reiterated a previous statement calling on Hamas to disarm and recognize Israel’s existence, and it added that the future Palestinian cabinet “should include no member who has not committed” to accept those principles. That was the right place to draw the line. Hamas should be given the chance to become a democratic movement, but Palestinians should understand that any retreat from recognition of Israel will mean the loss of vital international support.

Eight years later Hamas has not “become a democratic movement” and it has neither “disarmed” nor “recognize[d] Israel’s existence.” Governance has not moderated Hamas so to argue that the United States needs to give the unity government “a chance,” is disingenuous.

Worse, the earlier editorial clearly state that “any retreat from recognition of Israel will mean the loss of vital international support” for the Palestinians. By uniting with the unrepentant Hamas, Fatah and Abbas are retreating from that standard, and now the Post is arguing to give anti-peace a chance and reward it.

Given that the Washington Post has lately been critical of President Obama’s foreign policy, it is extremely disappointing that one of the few exceptions it makes is to endorse the administration embrace of an anti-Semitic, genocidal movement. It is even worse that the Post itself established a standard for Hamas to moderate and now ignores it when Hamas and the Palestinian Authority are in clear breach of that standard.

The Fatah-Hamas unity government is unpopular, illegal and doomed to failure. What makes supposedly sophisticated people support it?

There is no problem supporting a unity government including Hamas, PROVIDED Hamas repudiates its founding document.

The document can be, and should be, repudiated as unIslamic, according to the principles embraced in this document

In light of the core principles embraced by all the Abrahamic religions, the Hamas Covenant is blasphemy and a slander against both Islam and Allah, because it violates both core principles.

The Hamas Covenant violates the core principle “Love God with all your heart, soul and mind, by purporting to “lose our souls in the service of Allah.” The notion that a person should commit evil and lose his soul is antithetical to the notion of serving or loving Allah. It is obscene, and it is blasphemy.

The Hamas Covenant also contains numerous clauses expressing hatred and a desire to murder whole classes of people, and wage perpetual warfare, all in violation of the core principle “Love your neighbor as yourself.” Violation of this principle has not been confined to the infliction of harm on strangers or even non-Muslims, but has led to the killing and torture of many more Muslims than non-Muslims. The behavior of all groups that embrace the Hamas Covenant and its perverted concept of “jihad” has led to persistent horror and misery wherever Islamists hold sway. The horror and misery of the Islamists can be viewed as God’s punishment for blasphemy.

It is true that blasphemy is a religious concept. It is also true that the present United States administration is relentlessly secular. Hamas, however, purports to justify its actions based on religious principles, and so their behavior should be examined and discussed in religious terms. Hamas, and the targets of their advertising campaign, understand the concept of blasphemy. Use of the world blasphemy to describe their actions would have a powerful, positive effect in the Muslim world.

This is Alice in Wonderland stuff, Valerie. Totally fantastical.

“In light of the core principles embraced by all the Abrahamic religions, the Hamas Covenant is blasphemy and a slander against both Islam and Allah, because it violates both core principles.”
That’s for Muslims to decide. I’m sure if Muslim political culture repudiates Hamas and other terrorist organization, there will be a chance for peace in the Middle East. I’m not holding my breath waiting for it to happen, though.

Question Doc – do the liberal American Jews who overwhelmingly supported Obama see any connection between their support and the trashing of Israel? Do they even acknowledge Obama is an anti-zionist? Or, are they like German voters who chose not to see the bad side of the Nazi rule?

It makes a person wonder.

If y’all expect terror-supporting Obama to back away from Fatah-Hamas whose stated goal is exactly what Obama wants, well….

It doesn’t matter what the American public or Congress says, Obama will do what he wants and the castrati GOPE who control the House will whine and let Obama continue to fund terrorists.

Then there is the Bishop of Rome with the usual moral equivalency BS so common on the Left: http://www.telegraph.co.uk/news/worldnews/the-pope/10885417/Pope-Francis-calls-for-Israelis-and-Palestinians-to-break-spiral-of-violence.html.