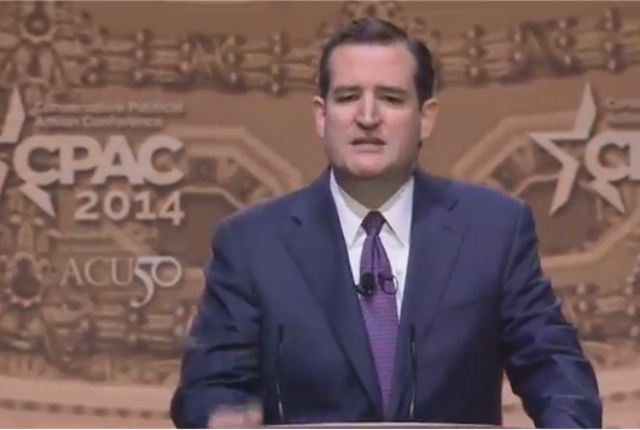 Kicking off this morning’s roster of speakers at CPAC 2014 was Texas senator Ted Cruz.

In introducing Cruz, the president and publisher of Regnery Publishing said this:

“If you’ve attended CPAC in the past, you know that the speakers you’ll hear from will shock, delight, amaze, inform, incense and inspire you. So what better way to start off this conference than with a man who has provoked every one of those emotions in just his first year in Washington: Senator Ted Cruz.”

The Texas senator talked about the importance of standing on principles and outlined a series of proposed solutions to provide a better future for the country.

glad to see these hitting you tube, been so busy setting up stuff on my server so have not been able to watch the stuff I am setting up LOL

That was a clever intro, and no exaggeration, I’m sure. I think Cruz irks the GOP Establishment more than the Democrats. He’s right about them; both sides are the same.