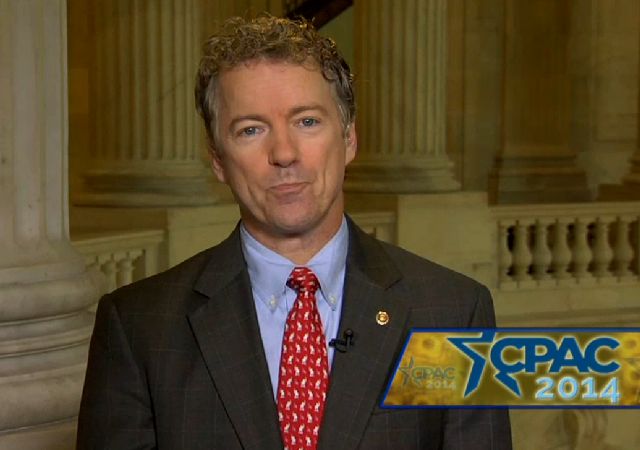 Kentucky Senator Rand Paul walked away with the CPAC presidential straw poll, receiving nearly one third of the vote.

In second place was Senator Ted Cruz with 11%, followed by the popular neurosurgeon, Dr. Ben Carson with 9%.

The full vote went as follows: 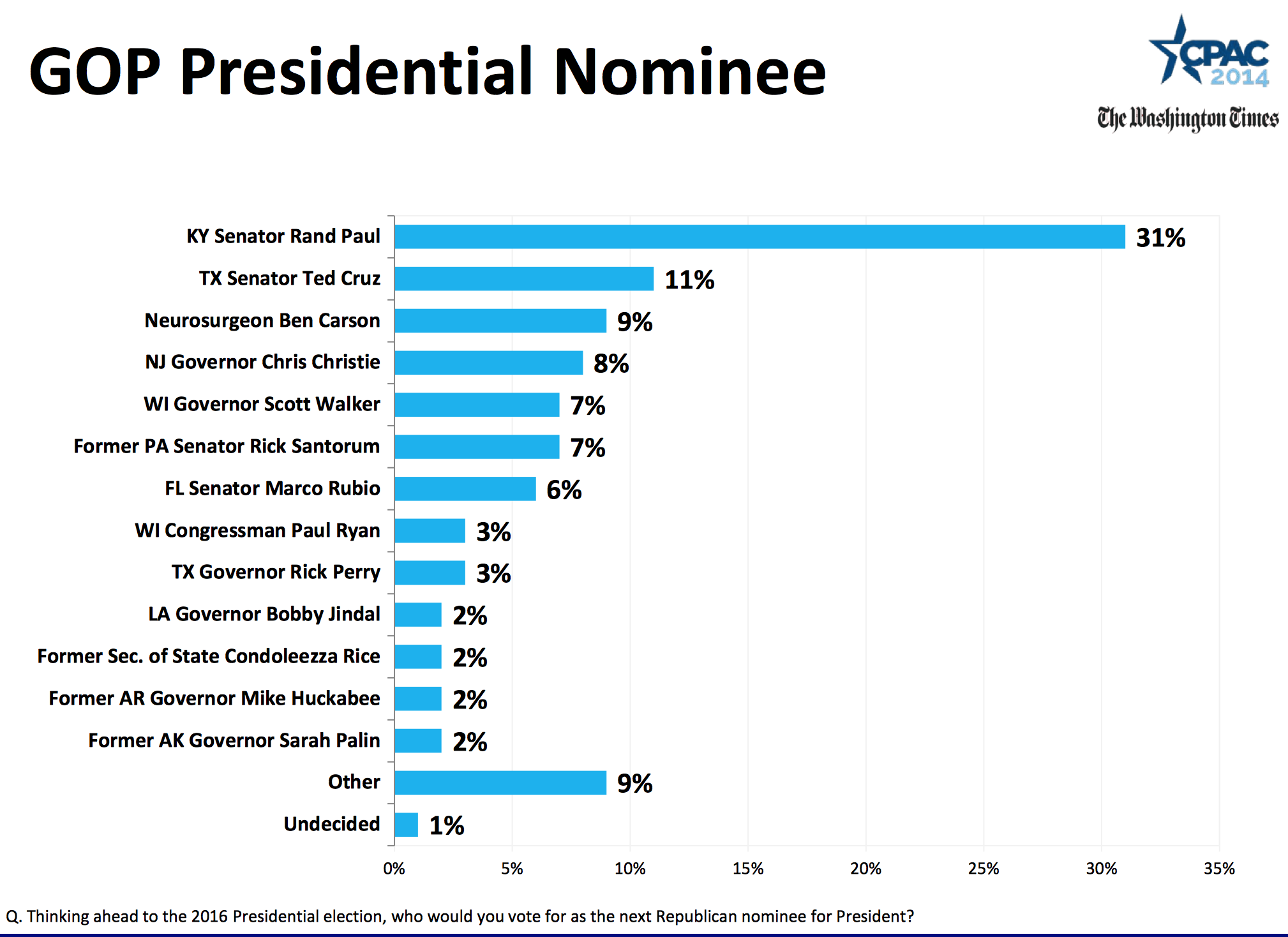 The poll, which is not a scientific sample by any stretch of the imagination, was dominated by the 18-25 year old age group, which represented 46% of the polling sample.

The Kentucky Senator’s showing indicates the “Paul” popularity among young people remains strong, and it’s not all that surprising Cruz came in a solid second, given his popularity with the conservative faction of the Republican party.

Governor Christie’s respectable 4th place showing at the conservative dominated event did stick out to me, however.

Of course, these straw polls are always just for fun, and 2016 is a long way off. That said, it is interesting to see how the potential contenders stack up according to the conference attendees.

The full poll can be found here.

Only one person on that list has a proven track record of fiscal success, necessary executive experience, willingness to engage in sudden and relentless reform: Sarah Palin.

No disrespect to Ted Cruz or Ben Carson intended, but to right our ship of state, we need someone who’s been there, done that, and has an actual record of achievement in governance.

I got to meet Sarah Palin and shake her hand a week ago at the Musher’s Banquet in Anchorage. Todd took our photo together. Eat your hearts out, my friends.

Is she as delightful in person as she seems to be?

So Rand can join Presidents Gary Bauer, Phil Gramm, and Steve Forbes in that illustrious gallery.

Of the 18 straw poll winners, only Reagan and GWB won it in the year they won the Presidency, Romney won in 2012 and is the only other winner to win the nomination.

Of the winners of the straw poll two years before the election, none has ever won the GOP nomination or the Presidency:

So this “victory” in effect ends Paul’s chances for the 2016 nomination. Good, he needs to serve a term or two in the Senate, then return to Kentucky and serve a term or two as Governor to gain some experience and prove he can run an operation larger than his Senate office staff.

Ditto for Rubio, Cruz, and any other Senators with no executive experience. As Obama has proven, it takes more than a good speech to effectively run the federal government.

Won’t vote for anyone with the last name of Paul or Bush. Would vote for Cruz, Palin, Walker or Dr Carson.