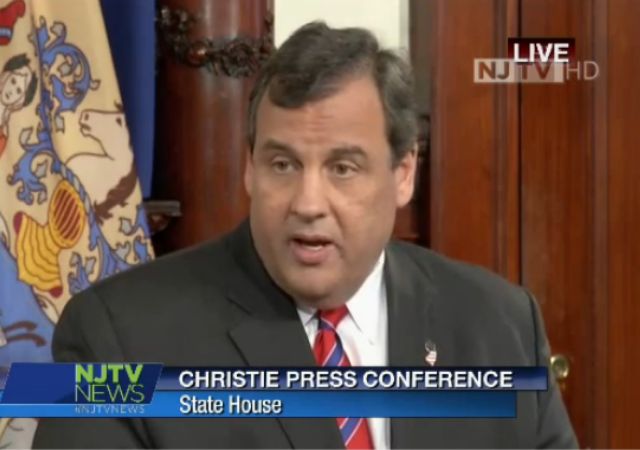 The chairman of the Port Authority of New York and New Jersey has resigned, according to a statement from NJ Governor Chris Christie in a news conference Friday.

New Jersey Gov. Chris Christie announced Friday that the chairman of the Port Authority of New York and New Jersey has resigned, on the heels of an internal review which called for reforms at the agency amid questions about controversial lane closures near the George Washington Bridge.

The governor, who made the announcement at a press conference, also used the forum to address and defend the findings of the review, which determined Christie was not involved in the plot. The review was conducted by a law firm Christie brought in.

The investigation’s findings, Christie said, have “supported exactly what I said.”

Christie, in saying he was “fully embracing” the recommendations of the “thorough” review, announced that David Samson, head of the Port Authority, was stepping down. Christie had appointed him to run the board of the bistate agency that runs several New York City-area transportation facilities, including airports and bridges and tunnels. Samson was not implicated in the latest report.

Referencing the internal report released on Thursday, Christie also said in the press conference that he is interested in the idea of splitting the Port Authority operations into two separate entities and indicated he intended to work with NY Governor Cuomo “to further explore these recommendations and other ideas to bring a new day to the Port Authority.”

As to the Port Authority, I agree with the main thrust of the report and the need for fundamental, structural change at the Port Authority. I’m particularly intrigued by the idea of dismantling the Port Authority operations from under one roof to two. I think the report is replete with examples of the NY-NJ rivalries which have allowed this place not to work as one, but to ineffectively work as two.

You can watch the press conference and the subsequent question and answer session with reporters below.

Christie seems to have lost weight.

1. The GW bridge “news story” has gotten much more press than Benghazi and the IRS scandals combined. Tonight (months after it happened) Diane Sawyer gave 5 minutes of a 30 minute “national” news show to this story,keeping it alive.

2. Two high-level people have resigned as a result of this.
No one resigned or was even reprimanded when people died in Benghazi and the people in charge of the IRS at the White House continue in their positions.

We know that life isn’t fair but the administration that passes “fairness” laws has set new levels of unfairness.

The truth about Benghazi never measured up to the scandal that conservatives craved. That is too bad. Damn, if only you could have pinned it on Clinton.

The Chairman of the Port Authority on NY/NJ was up to his neck in conflicts of interest. The conflicts were used to his direct financial benefit and for the political benefit of Christie. The tolls were raised by dollars a trip to pay for those things. A toll is a tax by another name. But because they are not called ‘taxes’, Christie could claim he didn’t raise taxes. Don’t you guys hate that.

The left is working furiously to set up this rino blimp as the GOP 2016 candidate so they can then destroy him.

Stick a fork in this guy, he’s done. (At least there’s plenty of meat on this turkey.)

I stand with Palin on this when she dismisses the idea of executive ignorance of subordinates’ shenanigans.

PLUS, as I recall, the bridge lanes were closed for 4 days. Even if he knew nothing about the plan beforehand, why didn’t he do something in those 4 days?