Now faculty, not students, are leading the anti-Israel charge on campus. 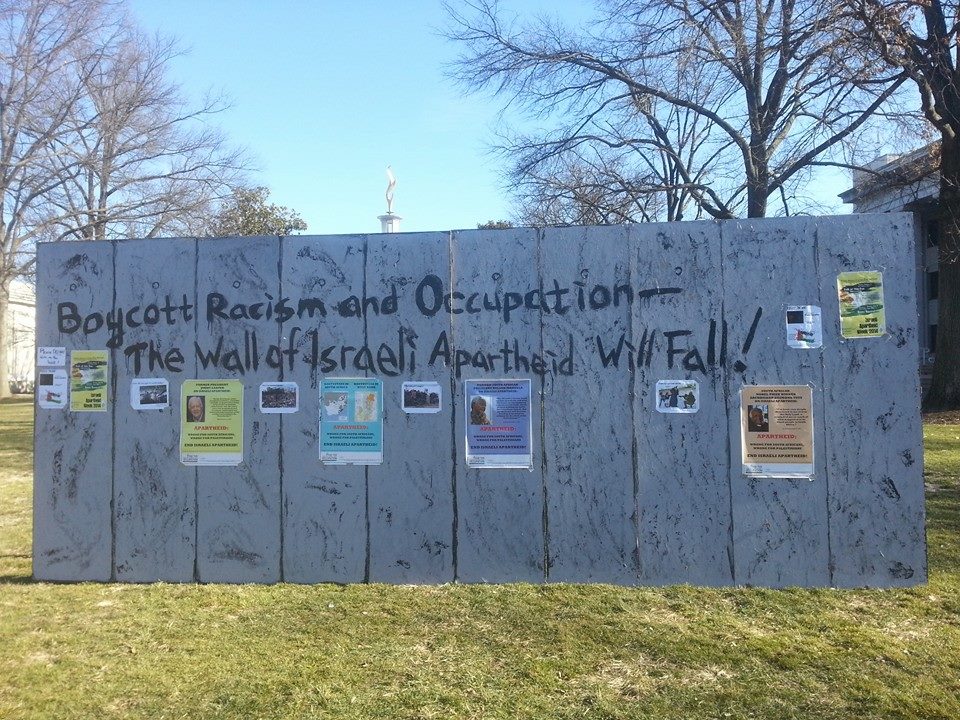 I’d like to re-pose the age-old question: “If Israeli Apartheid Week happens on campus and no one notices, does it make a sound?”

Israel Apartheid Week (IAW) officially took place on campuses across the U.S. over the course of February 24-March 2, although the exact boundaries of the “week” varied somewhat.

When we set out to monitor events at Legal Insurrection, we expected an avalanche.  But it never showed up.  There were events, but none seemed to have much energy or attendance.

We’re just starting the “Israeli Apartheid week” in Europe too, but even in Sussex, England, only 8 people showed up to the BDS march.  That may reflect that even in Britain, a hotbed of anti-Israel activities on campus, IAW is losing steam, UK Students Say ‘Israel Apartheid Week’ Losing Steam.

Has Israeli Apartheid Week peaked already in the U.S.?

We had trouble finding reports of any large-scale IAW activities, and those that did occur failed to draw coverage or attendance on numerous campuses.

For example, at the University of Maryland, only 12 of 426 invited guests rsvp’ed as attending the IAW event, “The Wall Must Fall.” Neither did the event receive any coverage from their student newspaper. 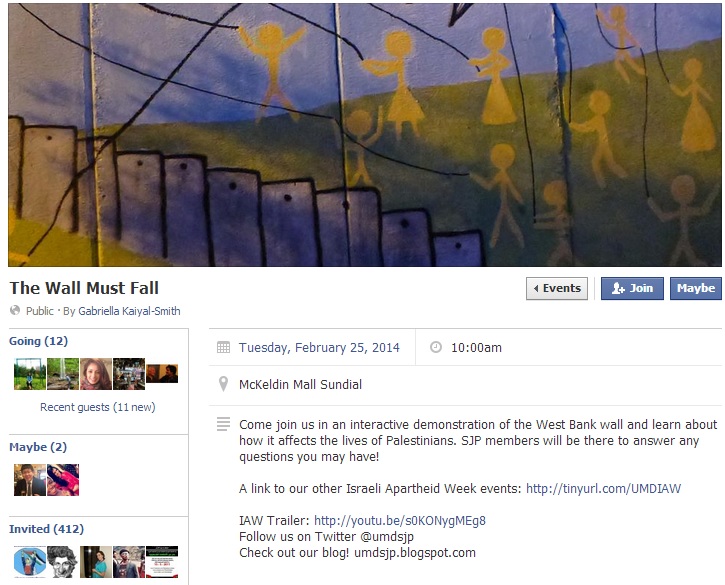 And at Drew University, only 29 of over 1000 invited guests rsvp’ed as attending: 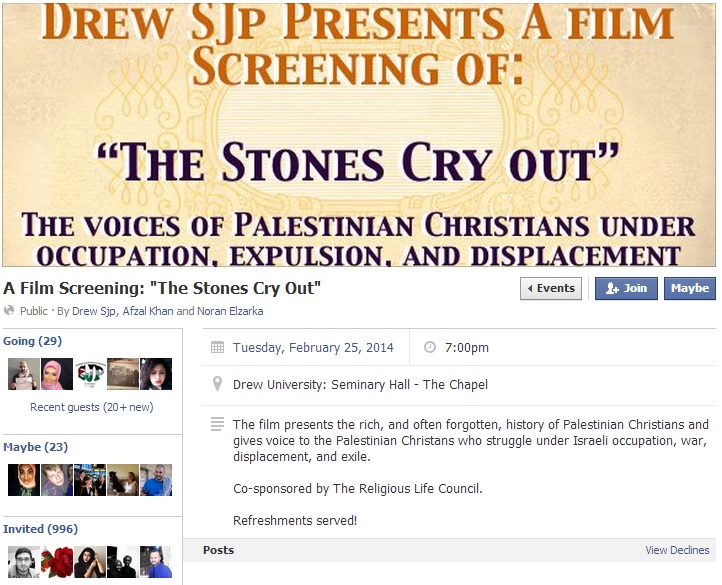 Not surprisingly, there was no campus coverage of the Drew University event, either.

UMD and Drew University were not alone in absence of news coverage.

Although a pro-Palestine op-ed or two did appear on certain campuses — such as Georgetown University — much of what little coverage the week did receive was negative:

In addition to low media buzz, IAW certainly did not have a strong national presence. Only twenty-three areas are listed as participating, with many of those twenty-three hosting events later in March rather than during the official IAW.

It appears that IAW came and passed largely unnoticed this year, without creating the same kind of stir of controversy it did in previous years.

Why is this?  Maybe the stunts of building mock walls and checkpoints now has become a self-parody.  Perhaps pro-Israel counter-events and counter-information campaigns on campuses are seeing results.

Or, perhaps all the energy is being devoted to faculty agitation for anti-Israel academic boycotts.  Rather than staying behind the scenes, anti-Israel faculty now are in the lead, and the students something of an afterthought.

If we would follow Rick Perry’s suggestion and get the federal government OUT of the education business, all these useless leftists sucking on the teats of tenured faculties would have no subsidies tying them to phony politicized courses, and be free to roam the country protesting to their tiny little hearts’ desire, supplementing their moral nourishment by panhandling at bus stations – the highest calling for which they are actually qualified.

All these idiots have prolonged whatever miseries the “Palestinians” suffer by offering false hope that Israel will one day disappear beneath the sheer force of their perverse will. This has led to three generations raised into a fairy tale and indoctrinated with a philosophy of hatred and death.

How many lives can we calculate “the wall” has saved?

Wasn’t the killer meme of the Collective just a few months ago, “If it saves one life…”?

From the River to the Sea
Every inch is Israeli

I don’t follow Israel in depth and my memory is imperfect, but:

1. Iirc suicide bombings in Israel dropped precipitously after the barrier was constructed.

2. Iirc the Left never chanted The Wall Must Fall wrt the one in Berlin or the barriers comprising the Iron Curtain.

Or the one around Cuba, NORK, etc.

I went over to Reddit because that’s where my college sophomore gets his news, and searched for “Israel Apartheid week.” The background articles are mostly about 2 years old. So probably everybody on every campus knows the score.

Our kids may be inexperienced, but they are good-hearted, and they are not stupid.