The American Studies Association infamously voted in December 2013 to endorse and honor the call for an academic boycott of Israel:

It is resolved that the American Studies Association (ASA) endorses and will honor the call of Palestinian civil society for a boycott of Israeli academic institutions. It is also resolved that the ASA supports the protected rights of students and scholars everywhere to engage in research and public speaking about Israel-Palestine and in support of the boycott, divestment, and sanctions (BDS) movement.

While ASA has issued talking points and explanations of how the ASA boycott will work, ASA has not disavowed the PACBI and USACBI guidelines.  Instead, ASA repeatedly deferred to PACBI and USACBI in detailing the nature and terms of the ASA boycott, something discussed in great detail in my challenge to ASA’s tax-exempt status.

One of the provisions of the PACBI and USACBI boycott guidelines prohibits participation in or interaction with Israeli academic journals:

To me, this is one of the most chilling aspects of the academic boycott. Not quite book burning, but book suppression for sure.

I focused on this provision during my speeches recently at Ithaca College and Cornell University against the academic boycott to drive home to students just how pernicious, anti-intellectual and anti-academic this boycott is in reality.

According to ASA’s public filings, most of ASA’s revenue comes from “programming services,” according to tax filing information compiled by GuideStar: 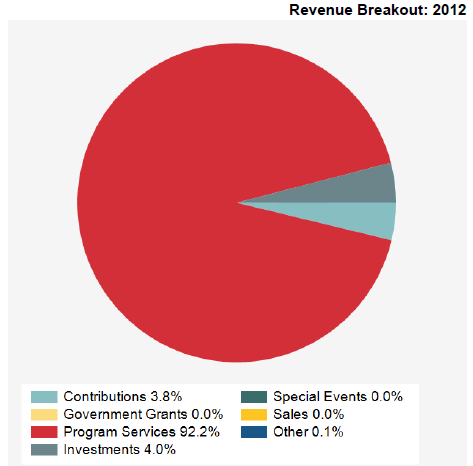 Advertising rates for ASA’s Annual Meeting Book can run in the thousands of dollars for multi-page spreads. Exhibitors pay at least $750 for a standard booth, with offers available for multiple booth combinations.

So who are these advertisers and exhibitors providing key revenue to an organization that has signed onto an international boycott which includes a boycott of Israeli academic journals?

I wonder if these academic publishers know what they are supporting. And if they did, would they care.

One thing about the antisemitic crowd, they learn from their past mistakes. No longer are they draped in white robes with eye holes, burning crosses and proclaiming that their are God-fearing, patriotic enemies of the Jews. No longer do they wear their brown shirts and march along to martial music as they look for defenseless Jews and Jewish-owned businesses. No longer do they put up barriers to their clubs, organizations or political parties. No, they have cleaned up, got educated and donned the mantle of righteous anger over Israeli treatment of a group that, until they happened to wind up inside the borders of the only democracy in the middle-east, no one gave two sh!ts about them.

Ask BDS where they were when King Hussein killed hundreds of the Palestinians in 1970? Where was BDS when after 1948, Egypt made sure that the Palestinians stayed in their designated areas kept out of Egypt proper? Oh, has anyone mentioned that before 1967, Jordan and Egypt were opposed to a Palestinian state or even giving them Jordanian or Egyptian citizenship?

Typical Lefties. If you don’t have a real cause, invent something that can pass for one.

I wonder if these academic publishers know what they are supporting. And if they did, would they care.

Perhaps we should find out.

So we see that nowadays, academic journals mostly just funnel grant money, mostly from the government, to the publishers. There was a time when they served an important purpose, but now the government would be better cutting grants and using the money saved to finance some sort of electronic publishing house for academic journals.