Only about 16% of ASA total membership votes for boycott, but low voting participation makes that enough. 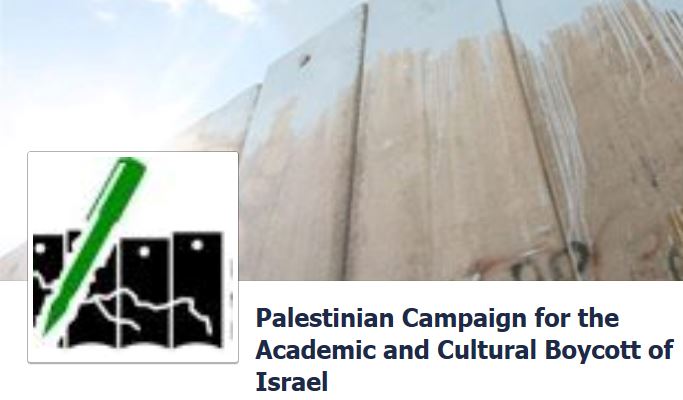 An announcement just was posted on the American Studies Association website, and reads in part:

The members of the American Studies Association have endorsed the Association’s participation in a boycott of Israeli academic institutions. In an election that attracted 1252 voters, the largest number of participants in the organization’s history, 66.05% of voters endorsed the resolution, while 30.5% of voters voted no and 3.43% abstained. The election was a response to the ASA National Council’s announcement on December 4 that it supported the academic boycott and, in an unprecedented action to ensure a democratic process, asked its membership for their approval….

Of note, the total number of votes equals only about one-quarter of the total ASA membership of 5000. Those voting Yes represent approximately 16% of the total membership, yet it will be a vote that will stain the ASA for years to come.

As I announced prior to the vote result, the Tax-Exempt Status of American Studies Association to be challenged if Israel boycott resolution passes.

So what’s my take-away from this?

I’m most shocked at the low turnout for the vote.  Given the time and energy devoted by the anti-Israel backers of the boycott, only 825 or so votes were in favor.  At the same time, opponents (who were ambushed by the proposal) only managed to get about 375 people interested.  Effectively, most people didn’t care.  Apathy is perhaps the saddest lesson from this given the odious nature of the proposal, and it’s how anti-Israel zealots are able to drive issues far out of proportion to their actual numbers.

In a nation that overwhelmingly supports Israel at historically high levels, a highly organized cadre of anti-Israel radicals was able to pull off a multi-year effort successfully.  They put their people in charge of a previously non-partisan academic organization, waited to ambush the opposition, made sure the flow of information was one-sided, and in the end used a relatively small but motivated group of symathizers to commit the entire organization to an act widely condemned outside the anti-Israel community.

It’s a lesson in how good people let bad people win, and should be a wake up call to supporters of Israel and/or academic freedom.

Best of luck with the lawsuit.

From the ASA link:

“The similarities between historical Jim Crow practices and contemporary regimes of segregation in Occupied Palestine make this resolution an ethical imperative for the ASA.”

I fixed the Commie’s statement to reflect the real world:

“The similarities between historical Nazi Race Laws and persecution and contemporary regimens of antisemitism in American academia make this resolution an ethical mockery of the ASA.”

Msssssssss. Davis is also a high-functioning illiterate, having confused ‘regime’ with ‘regimen’.

Self-Distinguished Davis’s post-modern regimen of using regime to denote white regimens is part and parasol of her anti-homophonic crusade against the proverbial Jew diamond merchants, much the way the Hawaiian pidgin Da kine breaks the chains of cologneially imposed meaning and structures, you racist, baby-killing, retail wholesale industrial military complex Trooper, you.

LukeHandCool (who figures that, at his peak in his mid-twenties, was on many a girl’s Top One Most Wanted List)

That is THE Angela Davis. Rather than “Distinguished”, I think “Notorious” would be a more appropriate adjective to describe her.

Former Black Panther member. Radical feminist. One time member of the Communist Party USA (may still be). Advocated for a government overthrow via revolution. Charged with first degree murder and kidnapping. Became a fugitive. Fled California. Made the FBI’s Ten Most Wanted List. Acquitted at trial. Has been a highly sought speaker ever since, having lectured students at America’s most elite private universities including Brown and Stanford. And as a professor, she’s been indoctrinating young minds for the past 30-40 years or so.

“Former Black Panther member. Radical feminist. One time member of the Communist Party USA (may still be). Advocated for a government overthrow via revolution. Charged with first degree murder and kidnapping. Became a fugitive. Fled California. Made the FBI’s Ten Most Wanted List.”

“The resume is just too good to be true. Run a search on her and make sure these qualifications all check out ok. The FBI Ten Most Wanted List smells of padding at the very least, perhaps downright embellishment. If she’s for real, we’ve got to snap her up before the bidding war starts.”

It sounds like you’re joking. But it does not appear as though her resume has hindered her employment prospects much on university campuses.

Some people like to relive the “glories” of their activist-terrorist youth. They don’t research the “cause”; they just jump on the bandwagon and mouth the pablum of the day to make themselves seem relevant. Angela Davis should be in a jail somewhere. Still. She should’ve been forever banned from teaching anything anywhere in America. Such is the face of the university that Conservatives are unwelcome but terrorists and their symps are.

Angela Davis is so irrelevant today but her anti semitism is reveals just how much she doesn’t know about Jewish history or history in general.She can go F–k herself and the camel she rode in on.

Angela Davis is so irrelevant today but her anti semitism reveals just how much she doesn’t know about Jewish history or history in general.She can go F–k herself and the camel she rode in on.

Best news I’ve read in a long time (the suit)! Thank you!!

Prof. Jacobson has pointed out that Cornell University is partnering with — gasp — Technion /Israel Institute of Technology in a massive new technology campus in NYC.

Prof. Jacobson wondered in an earlier column whether the ACA will thus boycott Cornell.

Organizations behind the boycott — USACBI and BRICUP (full names in link below) “and others” — are specifically targeting the Technion/Cornell collaboration!

For example, on January 21, “boycott activists” (read paid ACORN stooges) will hand out flyers at the opening of the Cornell/Technion classes at Google offices in NYC!

OK, the first thing to do is call this anti-Semitic, not anti-Israel. Make them play your game.

At the risk of violating Godwin’s law, an academic boycott seems a lot book burning.

They are sad times indeed when stooges like Angela Davis are given respect instead of a well-deserved sneer.

The people who elevated her are the same who gave Obama prominence. Their debased philosophy is: Don’t judge a person by their character, judge them by the color of their skin.

….when good people stand by and do nothing!

I think much of the reticence on the part of “against” voters was likely due to fear of being ostracized. In those rarefied worlds bereft of reality, the herd mentality prevails, because no one thinks the loud, strident ones are even in the minority of opinion.

LHC (who thinks ostriches are overrated)

LHC (who never was a Pink Floyd fan)

That is why I don’t put water in my mouth to call Obama a Communist. Some things need to be said and clearly.

We need a listing of the names and academic institutions of the ASA members who voted in favor of the boycott. Let them stand up and proudly identify themselves as supporting this cause that they feel so strongly about!

Would there be *any* reason that they would not want this information made public? Hmmmm…..

Thanks for posting. Good info re: the suit.

DANIEL GREENFIELD: ASA BOYCOTT OF ISRAEL GETS SUPPORTIVE TESTIMONY FROM ANGELA DAVIS | RUTHFULLY YOURS | December 17, 2013 at 6:31 am

[…] like testimony from a racist Communist terrorist to endorse a racist left-wing boycott. It’s no coincidence that most of the supportive statements seem to […]

[…] mentioned was that of the American Studies Association (ASA).  The proposed boycott was finally ratified yesterday. even though the number of members who voted yes form a minority of the […]