National Lawyers Guild and others accuse universities of “McCarthy” like intimidation of academic boycott supporters. 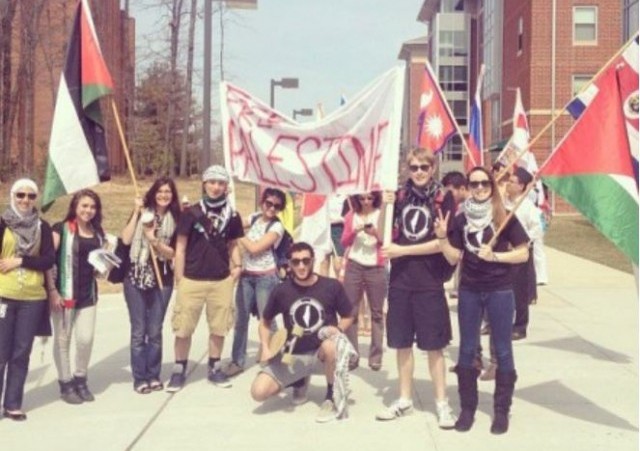 Of the 80 ASA Institutional Members, at least 8 have dropped their membership and at least 11 have denied being Institutional Members in the first place. It is not an exaggeration to say that ASA has become a pariah in the academic community, and the boycott passed by a vote of less than 25% of the membership (because so few participated) has split the organization.

There also has been legislative activity with regard to anti-boycott laws that is stalled because even critics of the ASA boycott are concerned with preserving university and individual academic autonomy. Nonetheless, even though stalled, the legislation does reflect a political backlash against the ASA.

From the earliest days, the ASA has played victim, mistaking harsh criticism of its boycott as an infringement of its academic freedom.  ASA’s incoming President, NYU Prof. Lisa Duggan, also has accused one critic, an author at Forbes, of homophobia.  Others have accused Israel Lobby money of being behind the backlash.

All the while, ASA as an organization has sought to put on a happy face, as if none of this troubles them and all is well.

But there are significant signs that the backlash is being felt at ASA. First, the ASA activism caucus issued an urgent request to BDS supporters to join the organization to increase individual memberships. Next, ASA has increaed the activity of its non-profit legal advisers to speak out on the subject, defending ASA’s boycott.

Today I received an Open Letter to college and universities signed by the leftist National Lawyers Guild and other anti-Israel groups and individuals making inflammatory accusations that the Universities that have spoken out against the ASA boycott are engaged in “McCarthy” like witch hunts and are themselves abusing academic freedom by speaking out.

The letter starts with the false premise that individual Israelis are not boycotted. That is not true. As I have documented and explained many times, the ASA adopted in its Resolution the full international boycott. ASA issued non-binding guidelines purporting to scale it back, but in fact even those guidelines apply to Israelis representing Israeli academic institutions. And in any event, boycotting an institution is boycotting the individuals who work there. For example the boycott applies to the entire Cornell-Technion campus being built in NYC because it is co-sponsored by Technion.

The full letter is embedded at the bottom of the post, here is a portion:

The issue is not whether one agrees or disagrees that the ASA resolution strikes the proper balance on academic freedom. Rather, the issue is whether college and university communities and scholarly organizations should remain free to express their views on matters of public concern and, if they choose, to act lawfully to implement them by a call to boycott.12

The post-WWII McCarthy Era was a dark time, when anti-communist orthodoxy on campuses was aggressively promoted. That fearful era taught us important lessons, and the Supreme Court eventually held that efforts to compel orthodoxy in political expression on campus was unconstitutional.13 The response by academia to the ASA resolution offers either a sad occasion to relive that era or a liberating one to apply those lessons by honoring the principles of academic freedom — teaching, by modeling, democracy, tolerance, and the courage to dissent.

We urge all U.S. colleges and universities to reject academic censorship clothed as academic freedom. We ask you to review any plans you may be contemplating, in light of the serious constitutional and academic freedom problems presented. We urge you to rescind any threats, explicit or implicit, public or private, you may have made against your faculty members for belonging to the ASA or supporting its resolution. We especially ask you to vitiate the chilling effects of official condemnations made without campus debate, by affirmatively encouraging such debate and clarifying your openness to it. And we respectfully ask our institutions of higher education, public and private, to reaffirm your commitment to departmental and individual faculty autonomy and academic freedom.

This is just more of ASA and the boycotters refusing to accept that American civil society rejects its anti-Israel boycott. Playing victim is just a way of trying to turn the debate around.

Let us not forget our humor as humans……

TrooperJohnSmith in reply to Not A Member of Any Organized Political. | February 7, 2014 at 4:57 pm

If you lose the ability to laugh, you become a humorless Progressive, which is just a Stalinist in a nice suit with an opinion about everything in YOUR life.

Not A Member of Any Organized Political in reply to TrooperJohnSmith. | February 7, 2014 at 5:10 pm

“with an opinion about everything in YOUR life” lol

Excerpt The Letter: “The issue is not whether one agrees or disagrees that the ASA resolution strikes the proper balance on academic freedom. Rather, the issue is whether college and university communities and scholarly organizations should remain free to express their views on matters of public concern and, if they choose, to act lawfully to implement them by a call to boycott.”

Apparently, they haven’t noticed that most colleges and universities and a host of others have freely said “NO.”

Those loud NO sounds certainly seemed they were freely expressing themselves – to be free from the new KKK known as the ASA.

Considering the amount of political discrimination against conservatives that’s happened in the academic, arts and media world it takes a lot of nerve for leftists to call “McCarthy” on anyone.

No, it doesn’t take a lot of nerve. Using the “McCarthyism” tag is in the standard progressive playbook. They reach for it early and often…

Like most bullies and organizations run by bullies, they can’t stand it when their victims retaliate!

As for Senator Joe, well, he was right after all. Also, the fact that the Left has adopted and enhanced so-called “McCarthyism” and freely uses it against everyone from school kids to POTUS candidates proves that the late Senator was effective against the spread of Communism. If in doubt, read “The Venona Secrets”.

Isn’t the ASA tied in with Rachel Corrie? You go on Rachel Corrie Foundation web page and it is just attack after attack on Scarlett Johansson: https://www.facebook.com/rcfoundation

The ASA has become an antisemitic organization, plain and simple.
Their boycott is not pro – human rights. If it were, they would also boycott academics from China, North Korea, Iran, Syria, Ethiopia, Sudan, Cuba, Venezuela….

But they don’t.
Their boycott is against Israel.
They target ONE national origin.
It takes a lot of nerve to use the word “lawfully” when you are openly discriminating based on national origin.

Yeah, what next? Will they go in some night and trash the offices of the Jewish professors on campus? How about making them wear a special symbol, you know… say a little Star of David lapel pin, so that students could know that this professor wasn’t “enlightened about Palestine”.

So Israeli universities provide “programs that teach soldiers techniques for the suppression of civilians?” Seriously?!?

McCarthy was right, there were communists in entertainment and academics actively working against the US.
The downfall of the USSR has opened files leftists don’t want you to see.