Another car bomb in Hezbollah stronghold

Another car bomb in Hezbollah stronghold 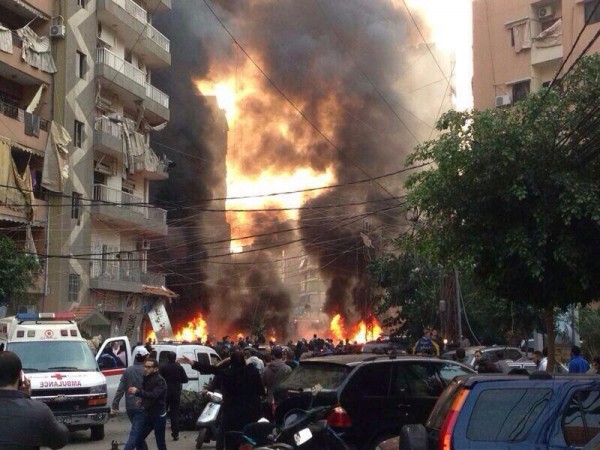 Lebanon quickly is turning into a war of car bombs.

We reported in July and August on a car bombs that killed dozens of civilians in the Hezbollah stronghold in the Dahiyeh suburbs. The attacks appeared to be retaliation for

Then last week a car bomb killed a high level Lebanese politician who was part of the opposition to Hezbollah.

Now another car bomb has gone off in the Hezbollah controlled suburbs, as reported by The Daily Star of Lebanon:

Five people were killed and 20 others were wounded Thursday when a car bomb ripped through the Beirut southern suburb of Haret Hreik where Hezbollah enjoys broad support, a security source told The Daily Star.

Thick plumes of black smoke blanketed the city’s skyline as ambulances rushed to the scene of the blast, the second in the capital in less than a week.

Hundreds of people flocked to the site of the explosion, a densely populated neighborhood of the southern suburb, and helped Lebanese Red Cross personnel move the wounded from the rubble that littered the area.

The car bomb damaged dozens of vehicles parked nearby as well as several buildings in the commercial, residential area.

Minutes after the explosion, gunshots were fired in the air to disperse the crowd.

Hezbollah’s Al-Manar television reported that an explosive-rigged, four-wheel-drive vehicle was parked on the Al-Areed Street.

Isn’t this just the same old Shiite vs Sunni conflict that has kept Islam in constant internal conflict for centuries?

The early Mecca writings are relatively peaceful and respectful of other people groups and religions, but the commands from the Medina period when Mohammed suffered from nightmares, delusions, had visions and heard voices contain commands calling for violence, intolerance, racism, misogyny, aggression, conquest, vengeance, etc.

This creates a cognitive and philosophical dichotomy in the minds of his followers and between the various Islamic tribes and groups that began almost immediately after Mohammed’s death.

i recently listened to Peter Sarstedt ‘s “Beirut”.(i was looking for “I am a Cathedral ” but the copyrights have been put on it on Youtube ). it certainly took me back to the civil war . hH has a line “hunted by the men from Damascus “.

What is clear is that the Lebanese are a people who love their wars. it is who they are. All sides .

it was the Syrians that imposed order much like Vietnam did on Cambodia, neither to any world acclaim but it is retty bad when you need regimes to pull things together. that is the way it is.

i am using an old laptop that has largely given up on capital letters.